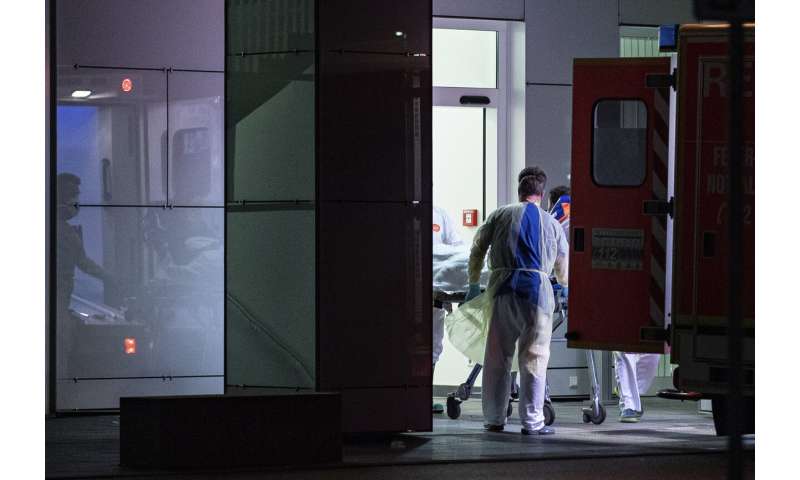 Authorities in western Germany said Wednesday that a man who contracted COVID-19 is in critical condition and has been taken to a specialist hospital in Duesseldorf, as officials in neighboring Austria sealed off an apartment complex where a female tourist from Italy with a possible infection died overnight.

The health ministry of North Rhine-Westphalia state said the man was first hospitalized Monday with serious pneumonia in the town of Erkelenz near the Dutch border.

He was then diagnosed with the new virus and isolated in an intensive care unit before being transported to Duesseldorf’s University Hospital. The man’s wife was also isolated on suspicion of contracting the virus after showing symptoms.

German news agency reported that the man was in his 40s and had a pre-existing condition.

Stephan Pusch, who heads the district administration in Heinsberg, where Erkelenz is located, said Wednesday that schools and kindergartens in the area would remain shut Wednesday. He urged people who display symptoms of illness to stay at home and contact their doctors by phone.

Authorities in Austria placed an apartment complex in the southern town of Bad Kleinkirchheim under quarantine Wednesday after a 56-year-old woman from Italy died overnight. Kaernten state officials said tests were being conducted to determine whether the woman, fromthe Friuli region in northern Italy, had the virus. Other residents of the apartment complex were also being tested, they said. 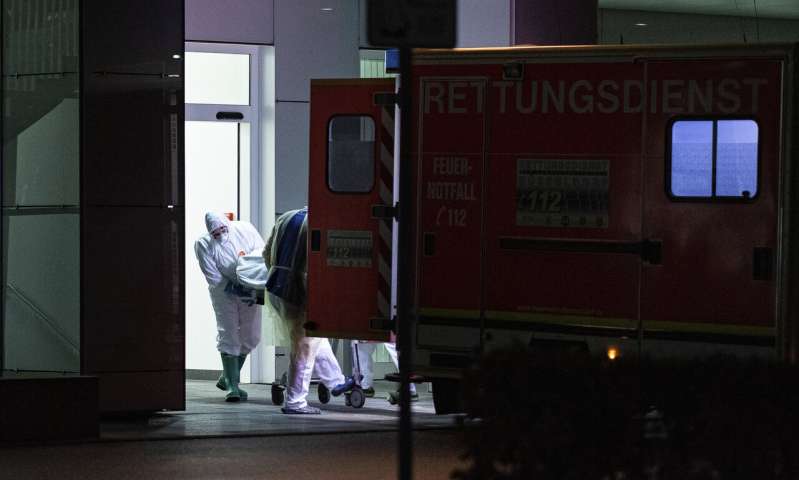 Austria, Switzerland and Croatia on Tuesday reported their first cases of the virus, all involving people who had recently come from Italy.

In a sign of growing fears over the economic impact of the outbreak that has so far centered mainly on Asia, German airline Lufthansa said it was suspending recruitment of new staff, offering existing employees unpaid leave and expanding options for part-time work.

“In order to counteract the economic impact of the coronavirus at an early stage, Lufthansa is implementing several measures to lower costs,” the airline said.

Lufthansa, which also owns Swiss and Austrian Airlines, has already suspended flights to and from mainland China until March 28 and scaled back connections to Hong Kong.