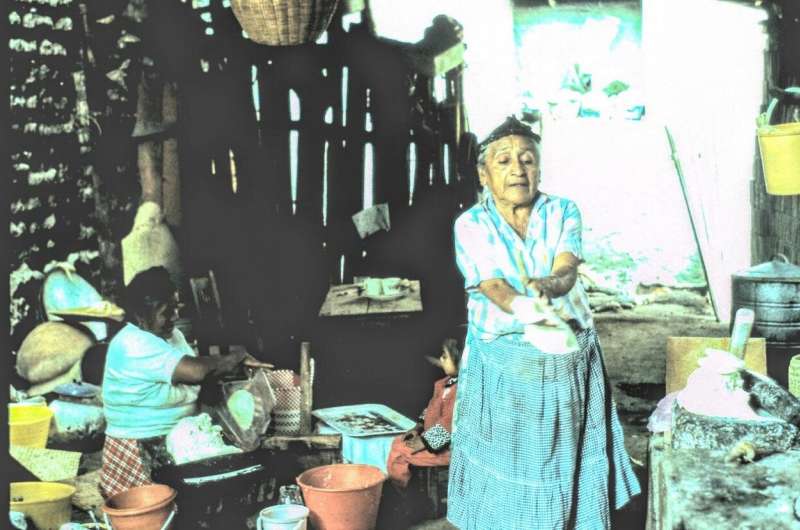 On the outskirts of some small Indigenous communities in the Mexican state of Oaxaca, a few volunteer guards keep watch along roads blocked by makeshift barricades of chains, stones and wood.

The invader they are trying to stop is COVID-19.

For many of Mexico’s Indigenous people, poor and ignored by state and federal governments, the fight against the COVID-19 pandemic is one that rests primarily with themselves, said Jeffrey Cohen, a professor of anthropology at The Ohio State University.

“Most of these communities only have one road in and out,” Cohen said. “So these guards, called topiles, block that road so that outsiders with the virus won’t get in—and residents won’t go to a nearby city and potentially bring the virus back.”

Cohen has spent years in the central valleys of Oaxaca conducting anthropological research among the Zapotec people.

In the journal Global Public Health, Cohen recently co-authored an article about how the Indigenous people in Oaxaca are coping with the pandemic. His co-author is Nydia Delhi Mata- Sánchez, his former student and now the rector of the Universidad Tecnológica de los Valles Centrales de Oaxaca.

Oaxaca, in southern Mexico, is one of the country’s most ethnically diverse states and home to many indigenous minority groups, including the Zapotec. It is also one of poorest states in the country. The Mexican government estimates that nearly 70 percent of the nation’s Indigenous population lives in poverty.

Most of the Indigenous communities in Oaxaca are small and isolated, which has kept them comparatively less exposed to the coronavirus than the rest of Mexico.

About two-thirds of the approximately 500 indigenous and rural communities in Oaxaca had no cases of COVID-19 when Cohen and Mata-Sanchez were doing research for this paper in the early months of the pandemic. Now about one-third still have no cases, Cohen said.

But as the virus has seeped into their villages, the Zapotec and other Indigenous people are finding ways to cope with the pandemic. One is through setting territorial boundaries like the roadblocks.

Also, village leaders are promoting social distancing and the use of masks. While these measures have become a political issue in many parts of Mexico, as they have in the United States, that’s not a problem among most Indigenous communities.

“One of the strengths of these local leaders is that they have a more traditional form of leadership that isn’t based on political affiliations,” Cohen said. 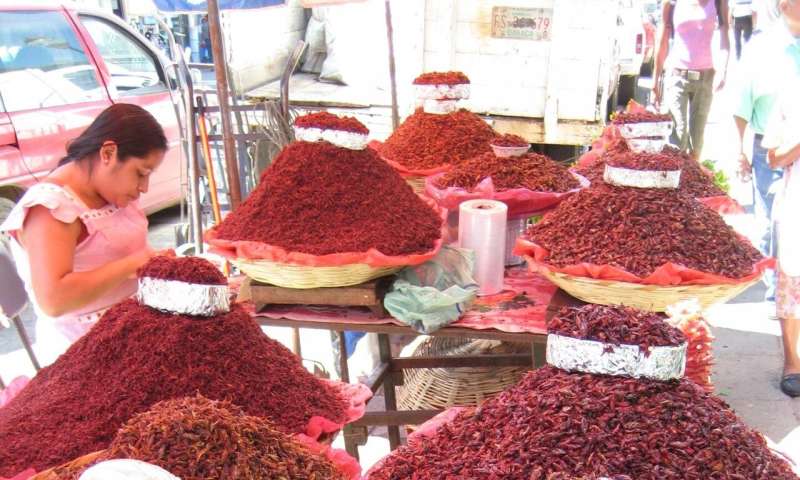 “The village leaders are generally respected by the people and they are listened to when they promote health measures like wearing a mask and social distancing.”

In addition, villagers are rethinking their eating habits and turning to traditional food sources that had lost popularity in recent years as residents traveled to food markets in larger towns for more modern fare.

For example, villagers are collecting wild honey, as they used to do more often in earlier times. And many have returned to eating “chapulines,” grasshoppers harvested from the fields and quickly toasted over a fire.

“It is a protein-rich alternative to expensive, store-bought meats that are no longer available locally,” Cohen said.

“These are the kinds of foods that never went away completely, but were less popular, especially among younger people who thought of these as things their grandparents ate.”

But what may be the most important key to how the Zapotec are coping with the pandemic is the strengthening of the tradition of reciprocity among their peoples.

“It is a more formal arrangement than just helping neighbors as we see in America. It is so important that it has its own name—in the area where I have done research it is called guelaguetza,” Cohen said.

When people have become sick with COVID or other diseases, community members will take care of their food crops, and share their water and food. No one is left to fend for themselves, he said.

Although the Zapotec and other Indigenous people in Mexico are fighting the pandemic as best they can, they need more government support.

“There is still so little response at the state and federal level to Indigenous concerns,” he said. Many of these needs preceded COVID-19, but the pandemic has exacerbated the issues.

The most pressing concern for most communities is access to clean water, according to Cohen. The lack of potable water increases the risk of intestinal problems like cholera, among other health conditions, which will intensify the effects of COVID-19.

In addition, many Indigenous people must travel outside their villages for education, work and health care, which is difficult and dangerous during the pandemic.