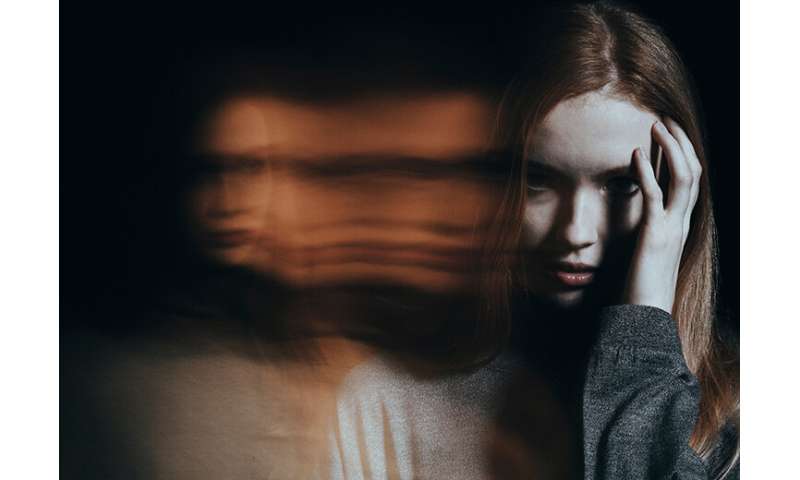 Cognitive neuroscientists from UNSW Sydney say if we really want to understand and treat the pathological hallucinations that affect people with physical and mental illnesses, the best place to start is in the laboratory.

“By nature, [lab-induced hallucinations] can be induced in almost anyone at any time,” the neuroscientists write in an opinion piece published recently in Philosophical Transactions B journal.

“This can help to curb the current overreliance on studying pathological hallucinations, thereby reducing burdens placed on patients and simplifying recruitment and testing logistics.”

Seeing something that isn’t there

Professor Joel Pearson, the senior author of the opinion piece, says work the group did in 2016 showed that you could induce hallucinations in people reliably and safely using specific types of flickering lights.

“We showed that you could use flickering lights in an annulus—basically a flickering white ring like a doughnut on a black background—and you could induce hallucinations of little dark blobs which rotate around the ring,” he says.

“And you could use that to try and study the mechanisms behind visual hallucinations. But those flicker hallucinations are just the tip of the iceberg, and there are many other techniques for inducing hallucinations that are similar to pathological hallucinations in terms of the experience and underlying neural processes.”

Prof. Pearson says one of the trickier problems is working out which techniques can tell us something about pathological hallucinations.

“A lot of this work shows that it’s hard to separate hallucinations from illusions and veridical (reality-based) perception. Current hallucination definitions are too black and white, and aren’t up to the task of classifying many of these lab-induced experiences.”

Professor Pearson and fellow authors Dr. Sebastian Rogers and Dr. Rebecca Keogh use a continuous spectrum of experience to distinguish hallucinations from other types of perception, based on the similarity between the physical stimulation of the senses (the light that enters the eye) and the actual conscious experience (the image we ‘see’ or experience).

According to lead author Dr. Rogers, “the thesis of the idea is that the further a lab-induced experience is toward the hallucination end of the spectrum, the more it can tell us about other types of hallucination.”

“If you really don’t want to call one of these lab-induced experiences a hallucination, that’s fine by us. We don’t really mind what the name is, we care most about whether we can study it to learn about pathological and other hallucinations. It’s a way to investigate hallucinatory processes any time we want in the lab, with anyone.”

Dr. Keogh says, “once we understand the underlying mechanisms, that is, what in the brain leads to seeing things that aren’t there, then we’ll be able to develop treatments. There are very few treatments for hallucinations at the moment, and most are medications that can lead to unwanted side effects.