A heart defect that kills thousands of young adults without warning every year could be spotted early, thanks to a newly developed blood test.

Hypertrophic cardiomyopathy, which causes the heart muscle to abnormally thicken and beat out of control, is the leading cause of cardiac arrest and sudden death in under-40s.

The condition, which causes few, if any, symptoms until it is at an advanced stage, is known to run in families, but key genetic faults that are to blame have remained a mystery – until now.

Hypertrophic cardiomyopathy is thought to affect one in 500 Britons, and caused the sudden death of the son of the late broadcaster Sir David Frost.

It came two years after his father had died from a heart attack – and a post-mortem revealed he too had suffered from hypertrophic cardiomyopathy. 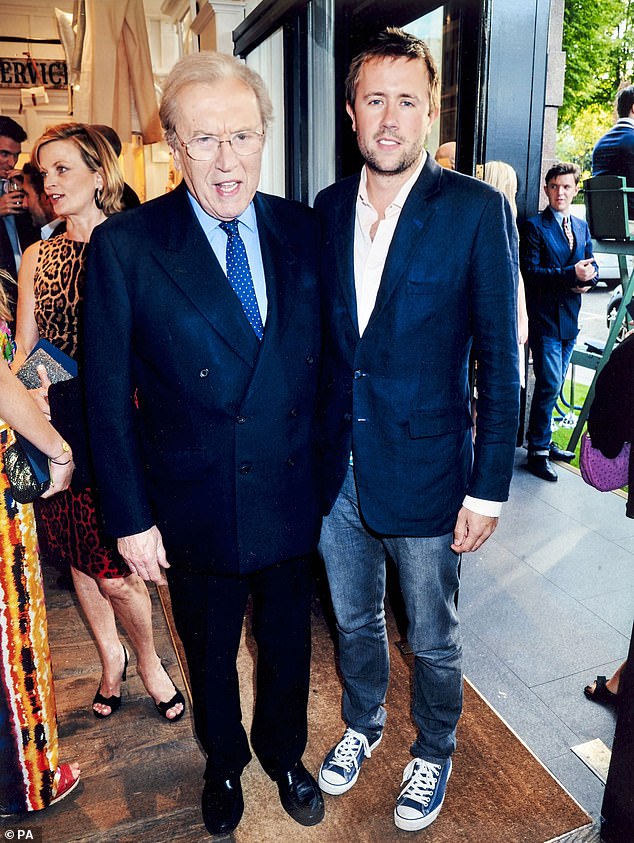 Hypertrophic cardiomyopathy is thought to affect one in 500 Britons, and caused the sudden death of the son of the late broadcaster Sir David Frost. Pictured: Sir David with his son Miles

The disease also caused the cardiac arrest of Bolton Wanderers footballer Fabrice Muamba during an FA Cup match in 2012, when the former under-21 England player was 23. Muamba’s heart stopped beating for 78 minutes, but thanks to swift first aid on the pitch, he survived and made a full recovery.

Now, being able to test for the genetic faults that trigger the disease allows doctors to tackle it at any stage, with medication.

These cause the walls of the heart to contract harder than they should, and become thicker than normal. It also affects the heart’s electrical signals, causing a chaotic beating pattern. In some cases, this arrhythmia results in a cardiac arrest.

If a patient is diagnosed with hypertrophic cardiomyopathy, or dies as a result of it, family members are referred to a genetic clinic.

Prior to the breakthrough, blood tests were only able to pick up one type of genetic variant linked to the disease, that occurs in a small number of people, meaning many cases were missed. 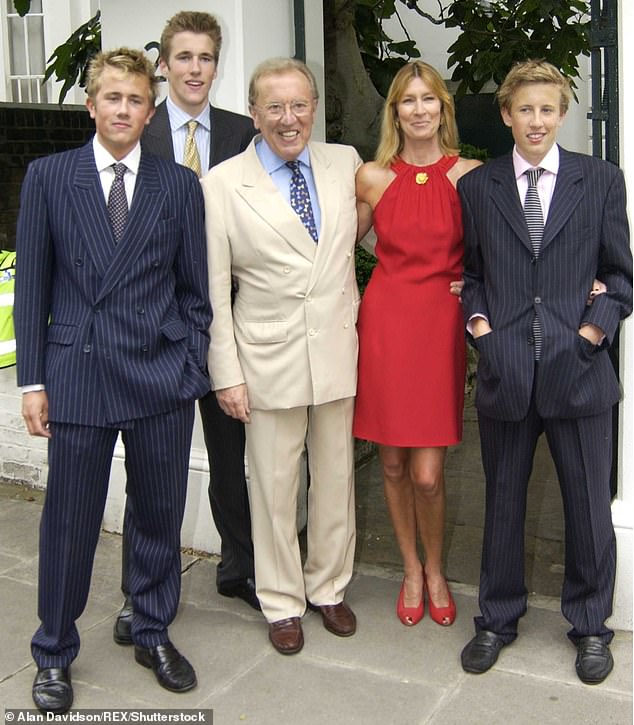 If the result came back negative, doctors assumed relatives were low risk – but couldn’t be sure – so simply had to watch and wait.

‘There’s always been a huge missing part of the jigsaw,’ says Professor Hugh Watkins, a cardiologist and director of the British Heart Foundation Centre of Research Excellence at the University of Oxford.

‘We didn’t know if many who tested negative could in fact be still at risk. Children would need yearly scans in order to spot problems early, which is a burden. It’s also distressing to have something like this hanging over you.’

The breakthrough came earlier this year, when Prof Watkins’s team at the university’s Radcliffe Department of Medicine identified changes in a cluster of more than 20 genes, that seemed to be involved with the disease, making the new, more comprehensive blood test possible.

‘The risk multiplies depending on how many changes to these specific genes a patient has,’ explains Prof Watkins.

The 62-year-old man, from Chicago, had been taken to the city’s Weiss Memorial Hospital suffering with chronic obstructive pulmonary disease, a group of lung conditions that causes breathing difficulties.

He was attached to a ventilator and had an anaesthetic – but five days later his urine suddenly turned green.

It was found to be a harmless reaction to the type of anaesthetic, called propofol.

Dr Maja Boshkovska Spaseski, from the hospital, said that green urine was a ‘benign and uncommon phenomenon’ caused by the breakdown of propofol in the liver.

After he was taken off propofol, the patient’s urine returned to its normal colour.

‘If there are only a few, there is no raised risk, so we will be able to send these people away to live a normal life without worrying. But those with eight, nine, ten or more need to be closely monitored.’

While the test is not yet available outside of research purposes, Prof Watkins says: ‘It’s a simple blood test that costs £25 to run, so we imagine it’ll be widely available in the next few years.’

For 63-year-old Charles Craddock, the results of his genetic test during its development have been ‘life-changing’.

Charles, a haematologist, was diagnosed with hypertrophic cardiomyopathy in 2016 following a sudden blackout while cycling, and the condition hung over his life like a ‘curse’.

‘Doctors weren’t sure whether it would progress or whether it would affect my two teenage daughters,’ says Charles, from Birmingham. ‘I worried because my grandfather had dropped dead from a sudden cardiac arrest, aged 50.’

Charles’s consultant referred him to Prof Watkins’s research team. The result revealed he had the more common genetic variants – and not enough to make him high-risk. ‘It was a huge relief,’ says Charles, ‘and meant I could return to a normal life without the fear of what might happen.’

Thankfully, it meant the risk of passing the condition to his two daughters, now 18 and 21, was very low. ‘I didn’t want to say anything until we firmly knew what my diagnosis meant for them,’ he adds.

‘Finally, I could tell them without having to deliver a bombshell that would change their lives for ever.’