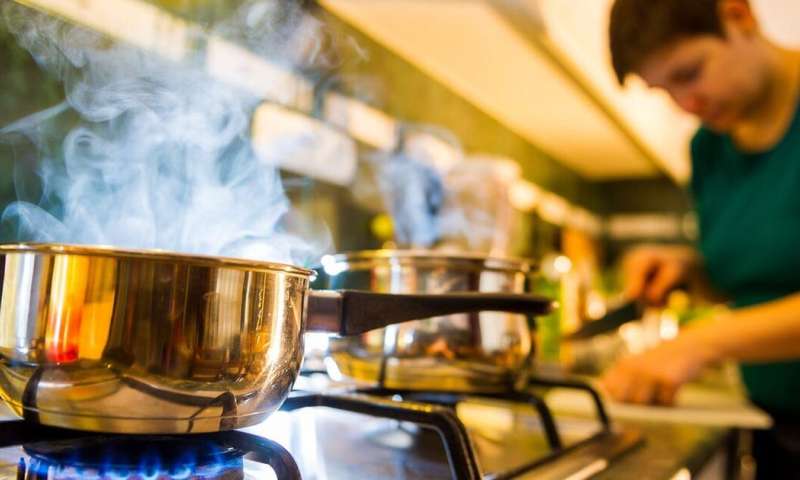 If you’re a red meat-eater, there’s a good chance you’re eating more of it than you should. At last count, Australians ate an average of 81 grams of red meat per day.

The planetary health diet was developed by researchers to meet the nutritional needs of people around the world, while reducing food production’s environmental impact. It recommends reducing our red meat intake to around 14g a day. That’s around 100g of red meat a week.

Australia’s dietary guidelines are more conservative and recommend limiting red meat intake to a maximum of 455g a week, or 65g a day, to reduce the additional cancer risk that comes from eating large quantities of red meat.

So, what should you eat instead? And how can you ensure you’re getting enough protein, iron, zinc and vitamin B12?

Animal sources of protein provide essential amino acids, which the body uses to make muscle, tissue, hormones, neurotransmitters and the different cells and antibodies in our immune system.

The planetary health diet offers a good blueprint for gaining enough protein from a variety of other animal sources. It recommends eating, on average:

In addition to the 14g of red meat in the planetary health diet, these foods would provide a total of 45g of protein per day, which is around 80% of our daily protein needs from animal sources.

Iron is essential for many of the body’s functions, including transporting oxygen to the blood.

Iron deficiency can lead to anaemia, a condition in which you feel tired and lethargic.

So, how can you get enough iron?

Pork is similarly low in iron at 0.7mg.

But kangaroo will provide you with 4.1mg of iron for every 100g. Yes, kangaroo is a red meat but it produces lower methane emissions and has one-third the levels of saturated fat than beef, making it a healthier and more environmentally friendly alternative.

Plant protein sources are also high in iron: cooked kidney beans have 1.7mg and brown lentils have 2.37mg per 100g.

If you wanted to cut your red meat intake from the 81g average to the recommended 14g per day while still getting the same amount of iron, you would need to consume the equivalent of either 50g of kangaroo, 100g of brown lentils or 150g of red kidney beans per day.

Zinc is an essential mineral that helps the body function optimally. It affects everything from our ability to fight bugs, to our sense of smell and taste.

Zinc requirements are higher for men (14mg a day) than women (8mg a day) due to zinc’s role in the production and development of sperm.

To meet the shortfall of zinc from reducing your red meat intake, you could eat 12 oysters a day, which is unlikely. Or you could eat a combination of foods such as 150g of red kidney beans, one serve (30g) of zinc-supplemented cereals like Weet-bix, three slices of wholegrain bread, and a handful of mixed nuts (30g).

Vitamin B12 is important for healthy blood and nerve function. It’s the nutrient of most concern for people cutting out meat products as it’s only found in animal sources.

Requirements of vitamin B12 are the same for both women and men at 2.4 micrograms (mcg) a day.

Beef and kangaroo provide 2.5mcg per 100g serve, while chicken and turkey provide about 0.6mcg.

Dairy products also contain vitamin B12. One glass of milk would give you half your daily requirement requirement (1.24mcg) and one slice of cheese (20g) would provide one-fifth (0.4mcg).

Vitamin B12 can be found in trace amounts in spinach and fermented foods, but these levels aren’t high enough to meet your nutritional needs. Mushrooms, however, have consistently higher levels, with shiitake mushrooms containing 5mcg per 100g.

To meet the shortfall of vitamin B12 from reducing red meat intake, you would need to eat 75g kangaroo per day or have a glass of milk (200ml) plus a slice of cheese (20g). Alternatively, a handful of dried shiitake mushrooms in your salad or stir-fry would fulfil your requirements.

A recent study found fibre intakes of around 25 to 29g a day were linked to lower rates of many chronic diseases such as coronary heart disease, type 2 diabetes, stroke and bowel cancer.

Yet most Australian adults currently have low dietary fibre levels of around 20g a day.

By making some of the changes above and increasing your intake of meat alternatives such as legumes, you’ll also be boosting your levels of dietary fibre. Substituting 100g of lentils will give you an extra 5g of fibre per day.