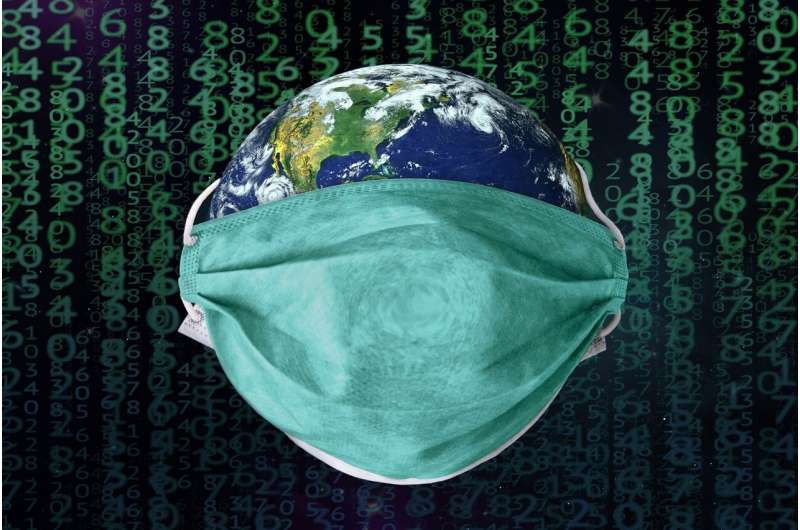 Christian Nelson has had a rough life, to say the least.

The 19-year-old Columbus resident has seen her mother go to prison, bounced from house to house, lived on the streets, used drugs, sold her body and endured mental illness.

“It was terrifying; I didn’t know nothing about life,” Nelson said. “I had no guidance. I thought it was normal to wake up and do drugs and watch women sell themselves. That’s just how life was.”

And that was all before the COVID-19 pandemic hit. Nelson had made some progress at that point, having found a counselor she trusted and who had helped her. She also was on medication to help control her schizophrenia.

But the pandemic shattered her fragile emotional state.

“The isolation and quarantine didn’t help her much,” said her grandmother, Trina Nelson. “She struggled with that a lot.”

Trina Nelson said Christian stopped taking her medication, “had a nervous breakdown” and spent some time being treated at Harding Hospital, part of the Wexner Medical Center at Ohio State University.

Christian Nelson said she “felt like there was danger in the world everywhere and people’s lives were at stake. It (the virus) was something in the air, and I was like, ‘What the heck?’

“I was so depressed, it felt like the world was about to be a disaster. I was not living; I was just surviving.”

Nelson’s case might be extreme, but it’s an example of how the pandemic has affected the mental health of America’s children and young adults.

The isolation of being stuck at home during the pandemic’s early days often has been compounded by worries that kids absorb from parents, who perhaps lost a job or fear losing their home.

According to the Journal of the American Medical Association, between April 1, 2020, and the end of 2020, the percentage of emergency-room visits that were mental-health-related rose 42.5% nationwide among those ages 5 to 24.

All children have shared some of the same hardships during the pandemic.

“The news networks, all they talked about was ‘deaths, deaths, deaths,’ and children don’t understand,” said Ron Browder, president of the Ohio Federation for Health Equity and Social Justice. “The reality is, whether it is a child of color or a majority child, there are issues of anxiety across the board.”

Shahrzad Nabavi, a clinician at the Buckeye Ranch, said she saw major emotional changes among children she has counseled through the pandemic.

“There was a lot of aggression, a lot of running away or a lot of isolation and depression, for sure,” Nabavi said. “I would hear a lot of comments about, ‘It’s not going to matter,’ or ‘I don’t care, whatever.’

“They were feeling very hopeless and helpless. And if you experience a loss of control, you feel unsafe and it puts you on edge.”

Cherelle Houston Porter saw her children go through some of those emotional changes for months last year while she, her husband and her three daughters (ages 1, 8 and 14) were confined largely to their three-bedroom apartment in Shaker Heights, in northeastern Ohio.

“My first-grader had a really difficult time because she is a people person,” Porter said. “And then my oldest got very withdrawn. It got to the point where she didn’t want to walk around the neighborhood. She got more angry and short of patience.”

Adding to the stress, her husband lost his job for several months. She has a steady job with a bank, “but going to a one-income household put a very large strain on us, financially and also emotionally on our marriage.”

She also was going through post-partum depression, she said. And to add another layer to the problems, one of Porter’s uncles (who the kids are close to, she said) got a severe case of COVID and was on a ventilator before eventually recovering

“We were just stressing out,” she said. “And the kids were really not able to express what was going on with them, other than to scream, and that added additional stress.”

Nabavi said she also counseled several families in which there was domestic abuse, and the children witnessed a lot more of that, being stuck at home, than they would have in normal times.

“That impacted a lot of families,” she said.

And although the lockdowns and school closings of 2020 have not yet reappeared, the recent surge in cases due to the delta variant brings back the specter of more isolation ahead.

The CDC reports that the seven-day average of new COVID-19 cases nationally increased five-fold this summer.

There is little question among experts that race and poverty have contributed to the struggles children have faced during the pandemic.

Social determinants of health, including one’s race and income level, have meant that Black and Latino residents have suffered more: By CDC calculations, they have two to three times the likelihood of catching COVID-19, being hospitalized for it, and dying of it, than white Americans.

And that, in turn, affects children in those families.

“You think about Black and Latino communities and how they’ve been impacted by COVID more, and you add people in poverty to that, because they are a marginalized population, as well, and you see how the social determinants of health have just been exacerbated by the pandemic,” said Kamilah Twymon, vice president of community-based and education services at the Buckeye Ranch, a Columbus-based organization providing emotional and behavioral treatment for children and families.

“And with an increase in housing and food insecurity, it’s not just parents that are going through that anxiety. There is a direct trickle-down effect on kids,” Twymon said.

Systemic racism—in housing, banking, education, policing and other areas—often leads to Black and Latino children growing up in neighborhoods with drugs and violence, or with parents who are more likely to work in the service industry and therefore can’t work at home and are more exposed to COVID-19.

Poverty leads to very real inequities when it comes to dealing with learning from home, too.

Dr. Ariana Hoet, a pediatric psychologist at Nationwide Children’s Hospital, said some families she works with pooled their money to hire tutors or teachers to come to their homes, augmenting their school’s online learning system.

“That’s not an option for everyone,” she said.

Worries about having enough to eat, or being evicted, also add to the stresses.

Rejeana Haynes has seen all of this. She is vice president of clinical operations at St. Vincent Family Services, a Near East Side center that provides a variety of youth behavioral services.

“Children are a product of their environments, and when you think about the pandemic, obviously you look at everything that may have happened to them prior to the pandemic being intensified.

“If families are struggling to get their basic needs met, that’s a quick indicator of trauma in and of itself. And now you have incomes not coming in.”

Haynes said she has had parents tell her their kids “look angrier.”

“Anger is a manifestation of so many different things,” she said. “I can tell you if I’m nervous or upset or scared, but sometimes children act those emotions out as anger.”

Twymon said the most important thing parents or guardians can do to help their children in these times is just to “check in regularly”—ask them open-ended questions about their day and have conversations about their feelings.

Twymon also recommended parents touch base regularly with the child’s school to check on progress or spot potential problems.

To help the kids at St. Vincent, Haynes earlier this year arranged for author Tyrell Zimmerman to do a virtual reading of his book, “Carter: My Dream, My Reality.”

The main character is a young Black boy, Carter, who is growing up surrounded by gunshots and drugs and violence. He expresses his fears to his mother, who assures him he can succeed despite his surroundings.

“Most service providers don’t want to address this material; we want our children to remain innocent,” said Zimmerman, 36, a Westerville resident. “Maybe 20 or even 10 years ago, you could have shielded kids from seeing things like (the murder of) George Floyd, but now, with social media, it’s everywhere.

“So I’m trying to provide the education system with tools and resources, providing answers to the problem versus trying to shield them from reality. You can’t tell a kid who is hearing gunshots outside his window that violence doesn’t exist.”

Zimmerman said he thought the pandemic has “revealed ugly realities” about disparities in America.

At St. Vincent, after teachers either showed Zimmerman doing a virtual reading of his book or read it to their classes themselves, they helped kids through several activities designed to boost their self-esteem.

Nabavi, the Buckeye Ranch counselor, said she has tried to help children and families by dealing with the pandemic the same way she would deal with someone experiencing a loss, complete with going through the stages of grief.

“A majority of families have experienced a loss in their lives,” she said, “and what happens when you lose anyone in your life, is you lose control. So it creates this severe anxiety; you’re stuck in a situation, and you have no clue what to do.

“So we take it through the stages of grief and loss, starting with denial—this isn’t real, it’s not happening—to having to get angry and frustrated that it is happening.

“Going through all those stages seems to make sense for people.”

Her counseling certainly helped Christian Nelson. Nabavi worked with Nelson for about 14 months in 2019 and 2020, stopping when Nelson turned 18 and “aged out” of Buckeye Ranch services. (Nelson said she now is getting counseling from North Central Mental Health Services.)

“Our first meeting, she was cool and seemed to understand me a little bit, but I still didn’t trust her,” Nelson said. “Then I kept coming back and she said she was here for me, and I started opening up and talking to her.

“She’s a fantastic counselor. She helped me stop being depressed and having anxiety. I was able to control my feelings.”

She returned to school (at the Academy for Urban Scholars High School on East Broad Street) and hopes to get a diploma next year. She said she is interested in pursuing a career in nursing.

Trina Nelson is happy for her granddaughter but also cautious in her optimism.