I was sat in the staff toilets in my sixth form when I found out I was pregnant.

I bought the test on the way to school and snuck into those slightly nicer, more private loos out of some vague sense that I was doing something important – peeing on that little stick and also inevitably on my hand.

My period was two weeks late and I was filled with the unique and cloying dread that accompanies bloodless underwear for those who do not want to be pregnant.

And I did not want to be pregnant.

I so did not want to be pregnant that I had been faithfully swallowing a hormonal contraceptive pill called Cerazette every day for the previous five years.

Really, I shouldn’t have been that surprised to see those two blue lines seeping into view on my stick-test.

Typical use of the combined contraceptive pill is 91% effective, meaning nine in 100 women on the pill will get pregnant every year, according to the NHS. Typical use means when the method isn’t always used correctly, such as missing a pill.

On that day 12 years ago, I just became one of those statistics.

Staring in numb terror at those two lines, I felt like my body had been filled with cement.

At the time, I was in a very sweet relationship with a lovely boy, who was exactly that – a boy. We had been together for two years and loved each other in that flimsy, young way that you love people when you are a teenager. 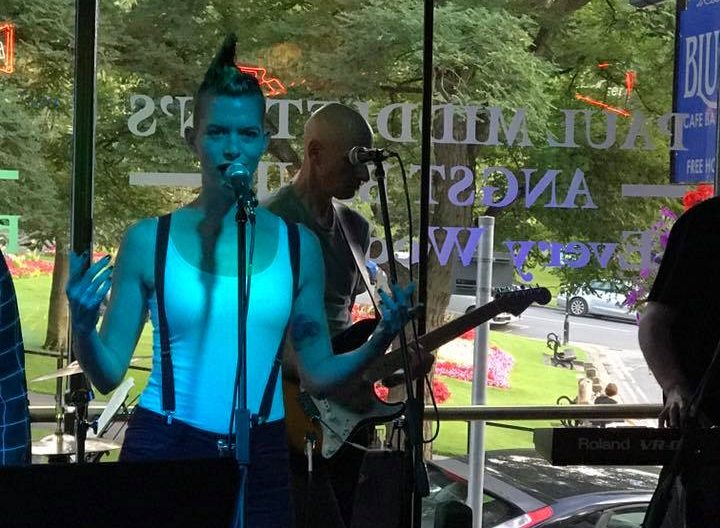 Already, by 19 years old, I had resolved that I never wanted children. Even then, I was not afraid to express this out loud, but my certainty in this regard was often met with that particular kind of patronising derision that is reserved for people who do not adhere to the narrow view of what people should want.

Now, at 31 years of age, I can confirm that I have still never, ever, even slightly wanted to have children.

I was very lucky. I had a best friend who accompanied me to my initial abortion appointment and my then-partner joined me for the follow-up.

The actuality of getting my abortion was procedurally easy; the NHS staff members were lovely, and the whole experience was untraumatic. My parents knew all about it and I was never made to feel ashamed of my choices.

At 31, I’ve had it confirmed what I already knew then at 19; having children would ruin my life.

I am sickened by the thought of being pregnant, horrified by the idea of birth, and feel suffocated by the notion of spending years caring ceaselessly for an infant, battling sleep deprivation, my independence and autonomy shrunken and diluted.

It may seem sensational, but I promise that I am not overreacting when I say that if I had not been able to have an abortion, I would have been a serious risk to myself.

Heartbreakingly, it is not unheard of for women who cannot access abortion to take their own lives. Not only this, but in parts of the world where abortion is illegal, botched backstreet abortions are estimated to kill 30,000 women every year.

The stats make a grim sort of sense. Removing access to abortion removes women’s control over their lives.

I know myself well enough to say that there is a serious chance that I would have taken my own life too.

At 19 years old, I was just about to sit my A-level exams. I didn’t know it then, but those results would go on to get me a place at one of the most prestigious universities in the country, and then on to win a highly competitive, fully funded PhD scholarship.

In the years that followed my 19th birthday, I moved to Barcelona to teach science and learn to speak Spanish.

During my bachelors degree, I spent a year in the Czech Republic studying economics.

At 20, I met my future fiancé and embarked on one of the most meaningful and fulfilling relationships of my life, one that is still going strong 11 years later.

So many of the best moments of my life would have been either extremely difficult or completely impossible if I had a child.

It is certainly true that many people do all sorts of impressive and excellent things with children in tow. But I can tell you with certainty that I would not have had the life I enjoy today if I were a mother. I would be miserable and desperate, or dead.

Abortion saves lives. It saved mine.

Metro.co.uk’s weekly The Truth Is… series seeks to explore anything and everything when it comes to life’s unspoken truths and long-held secrets. Contributors will challenge popular misconceptions on a topic close to their hearts, confess to a deeply personal secret, or reveal their wisdom from experience – good and bad – when it comes to romance or family relationships.