Asthma and obesity are common inflammatory diseases that are mediated by specific immunological features. For example, asthma is associated with Th2 response, while obesity is with the Th1/Th17 profile.

A recent Immunology Letters study provides evidence of a potential childhood asthma inducer. Furthermore, this study summarizes the mechanisms associated with obesity-aggravated asthma and describes the role of maternal obesity in establishing the gut and lung microbiota of the offspring, which induces asthma. 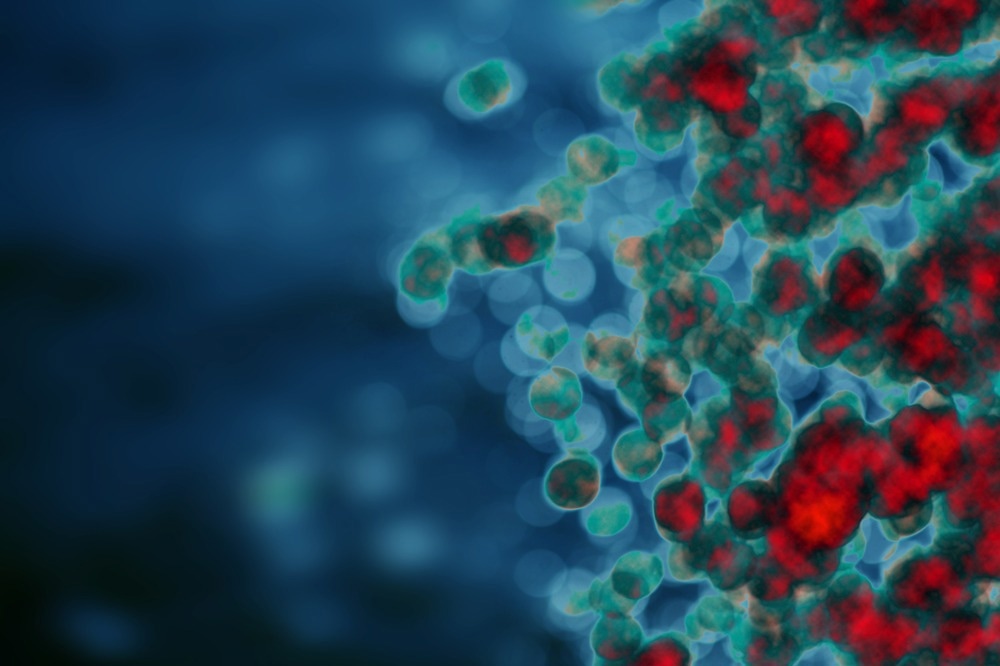 Immunological association between asthma and obesity

Asthma is a chronic inflammatory disease of the lungs, which causes recurrent episodes of airway hyperresponsiveness (AHR). Some common symptoms associated with this disease include wheezing, cough, chest tightness, and breathlessness.

Chronic inflammation can cause progressive loss of pulmonary function, which can be a life-threatening event. According to a recent report, 18% of the world’s population is affected by asthma.

Atopic asthma is the most common form of the disease, which has a strong genetic predisposition to produce large amounts of antigen-specific immunoglobulin E (IgE) in response to allergens. When exposed to allergens, alarmins like Thymic Stromal Lymphoietin (TSLP), as well as interleukin 25 (IL-25) and IL-33, are produced in vulnerable subjects. Subsequently, these alarmins activate innate lymphoid cells (ILC)2, dendritic cells (DCs), basophils, and mast cells.

Cytokines produced by the activation of Th2 cells and mast cells cause bronchoconstriction, mucus hypersecretion, and eosinophil recruitment. Successive expositions cause tissue damage and gradual loss of lung function.

Obesity is abnormal fat accumulation, which is described by a body mass index (BMI) equal to or greater than 30 kg/m2. Several meta-analysis studies have shown a positive association between obesity and asthma severity. Obesity not only accelerates recurrent asthma episodes but also decreases responsiveness to conventional therapy.

Compilation of the top interviews, articles, and news in the last year.
Download a free copy

Genetic and environmental factors associated with asthma and obesity

Although several environmental factors are associated with the development of obesity and asthma, important genetic factors have also been discovered for these diseases. For example, polymorphisms of the β3-adrenergic receptor, which is located in the adipose tissue, have been linked to obesity and severe asthmatic symptoms. Another factor associated with the incidence of obesity, AHR, and asthma is tumor necrosis factor (TNF)-α haplotypes.

In addition to genetic and mechanical factors, smoking, air pollution, viral infection, and host factors including age, gender, and obesity influence the incidence of asthma. Thus, obesity can be considered to be a risk factor for asthma.

Several studies have hypothesized that exposure to microorganisms reduces the risk of allergic diseases. In fact, early exposure to bacterial endotoxins leads to atopy development and sensitization, which protects an individual from allergic reactions.

A large number of microbes are harbored in the host tissues (microbiota) that have a symbiotic relationship with the host. Bacteroidetes and Firmicutes are the main groups of bacteria that are found in host cells, in addition to other bacterial phyla including Fusobacteria, Actinobacteria, Verrucomicrobia, and Proteobacteria. These bacteria play a key role in nutritional metabolism inducing immune system maturation, immunity modulation, and protecting the host from harmful pathogens.

Diets rich in saturated fat and carbohydrates, as well as those low in fiber, cause microbial imbalance (dysbiosis), which increases the risk of inflammatory diseases including asthma and obesity. Such diets predominantly reduce Bacteroidetes, which is an important source of short-chain fatty acids, and increase Firmicutes taxa, which influences systemic low-grade inflammation and endotoxemia.

Maternal obesity has been strongly linked with the incidence of childhood asthma. Maternal obesity impairs lung development in the fetus by reducing the synthesis of fetal glucocorticoid, an essential component for the lung maturation and alveoli structure of the fetus. In addition, newborns from obese mothers show increased leptin and C-reactive protein levels in cord blood, which has also been associated with an increased risk of asthma.

Priyom holds a Ph.D. in Plant Biology and Biotechnology from the University of Madras, India. She is an active researcher and an experienced science writer. Priyom has also co-authored several original research articles that have been published in reputed peer-reviewed journals. She is also an avid reader and an amateur photographer.