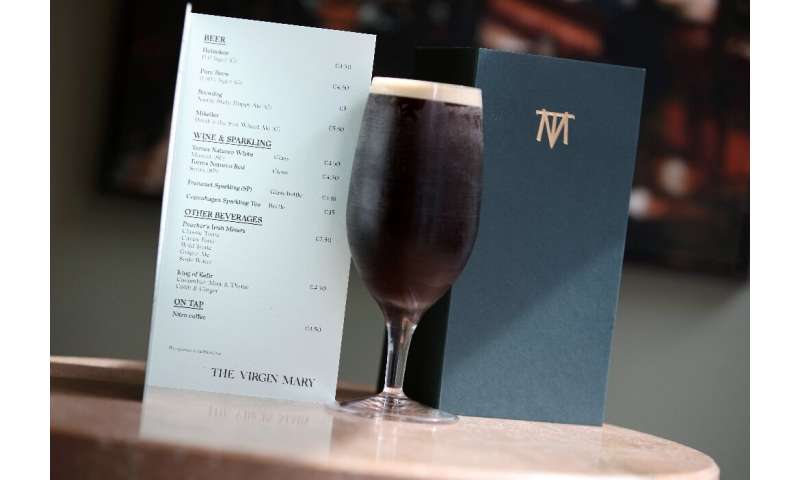 It’s happy hour in Dublin and the drinks are flowing, but in Ireland’s first “dry pub” patrons are forgoing Guinness and whiskey for non-boozy beers and zero percent wine.

The Virgin Mary, which opened this month, bucks the trend in a city where nightlife is fuelled by stout and spirits, offering a menu of entirely non-alcoholic beverages.

Thronging with customers within minutes of opening one weekday afternoon, its popularity is viewed by its owners as a sign that hard-drinking Ireland may be changing its ways.

“Drinking is ingrained in society here,” said co-founder Vaughan Yates, 51, a veteran of the drinks industry.

“I think there’s a real cultural shift happening globally towards alcohol and we’re really at the forefront of it.”

Oisin Davis, the pub’s other co-founder and with whom Yates works in a company making drinks mixers, said they had noticed non-alcoholic options increasingly appearing on menus and decided there could be a niche for a no-alcohol pub.

A sober night out 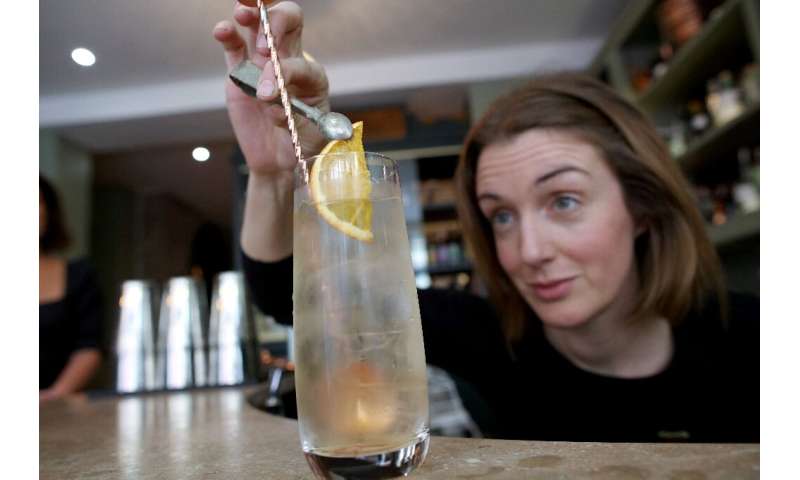 Festooned with florid garnishes and served in delicate glassware, many drinks at The Virgin Mary offer customers a “shareable” photogenic product, with bragging rights that they avoided a hangover after a night on the town.

“I do think that there is this movement towards wellness, and I think that our drinks probably reflect that,” Yates said.

Dublin has just hosted a wellness festival attended by yoga teachers, mindfulness practitioners and nutritionists, among others.

Changes in diet are evident, with options for oat milk, coconut milk and a plethora of other alternatives to regular milk becoming the norm in cafes. 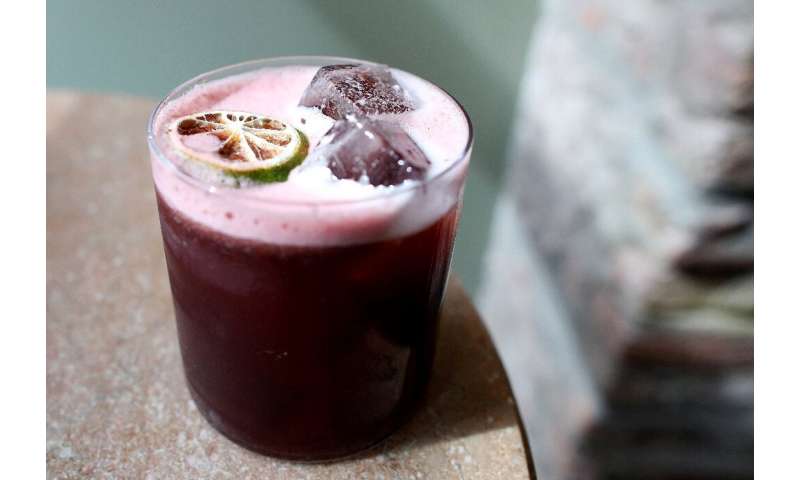 However, alcohol consumption in the country is actually on the rise, according to Alcohol Action Ireland.

The increase relates both to consumption per person, as well as in overall numbers of drinkers—84 percent of the population now, compared to about 82 percent in 2010, CEO Sheila Gilheany told AFP.

Given the rise, the “narrative in social media” about wellness and health, she said, was “a story that has really been put out, to kind of, give us a feeling that, ‘Oh you know, everything’s actually grand!'”

The country was ranked second for binge drinking out of 194 countries in a 2014 study by the World Health Organization that put Austria first. 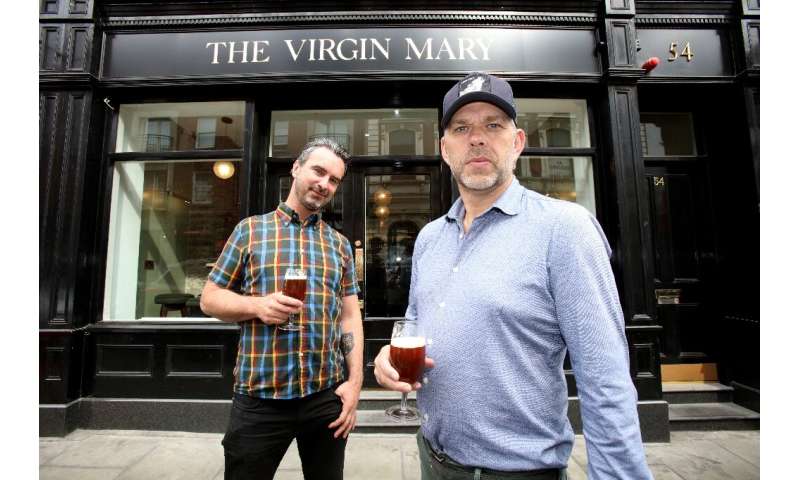 The Irish government already has the drinking public in its crosshairs.

In October, parliament passed a law mandating cancer warnings on alcohol labels in a bid to shift what Health Minister Simon Harris called a “corrosive culture” around drinking.

At The Virgin Mary, drinks have been designed with those served at the city’s 750 traditional pubs in mind.

A dark and creamy “iced nitro coffee” is poured from a beer tap to mimic Guinness, without which no traditional Irish pub would be complete. 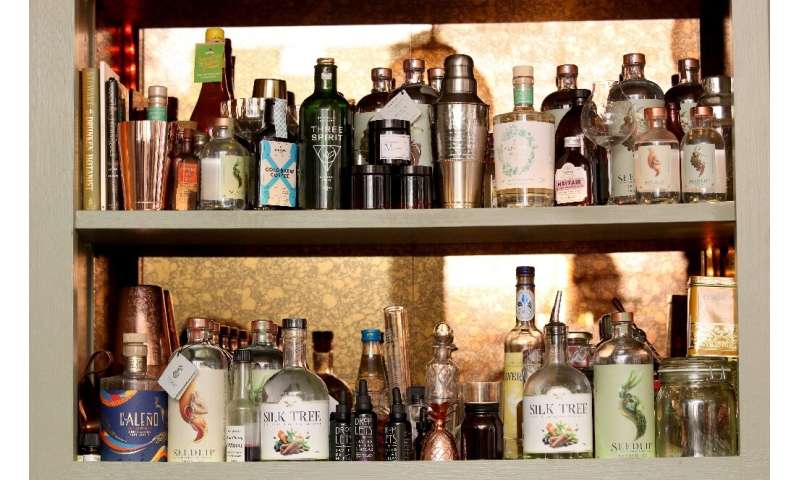 Fridges are stocked with non-alcoholic beer bottles and “mocktail” ingredients such as cold coffee brew and sour cherry cordial are stacked like an array of apothecary potions.

And the pub’s signature drink The Virgin Mary—a cheeky play on the classic Bloody Mary—is made of tomato juice, muscat, pickle, lime and spice.

As well as mimicking the hard stuff, the bar matches pub opening hours and advertises to an older clientele in order to carve its own niche and avoid association with cafes and juice bars.

Before the opening, staff were anxious they would not be able to cultivate the most crucial aspect of an Irish pub—the atmosphere, or what is widely known in Ireland as the “craic”.

“We didn’t know what the vibe was going to be like,” said 39 year-old bar manager Anna Walsh, perched on a bar stool before opening time. 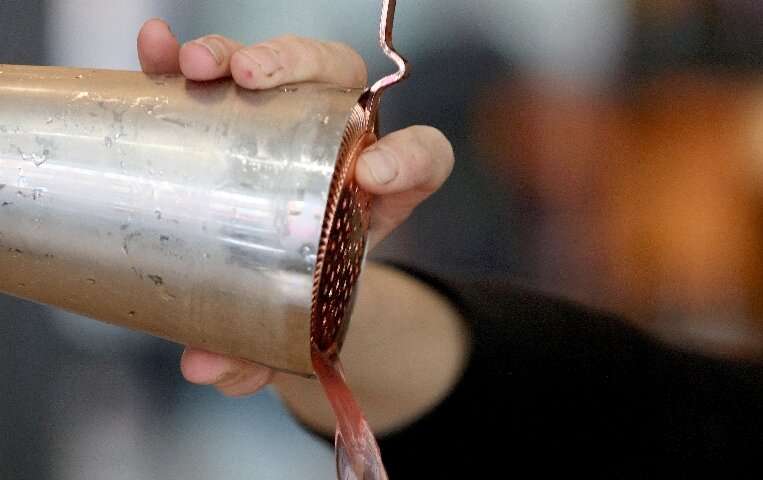 “But the first night, once the place filled up, if you walked in here you would not know that there was no alcohol.”

Yates said that there had been “doubters”, whom he described as mainly online “keyboard warriors”, but that the reaction had been overwhelmingly positive.

Whether the dry bar can survive the competitive nightlife industry in Dublin—a city where the pub still reigns supreme—is yet to be seen.

Paula Gearty was one of the first through the doors on the opening night. 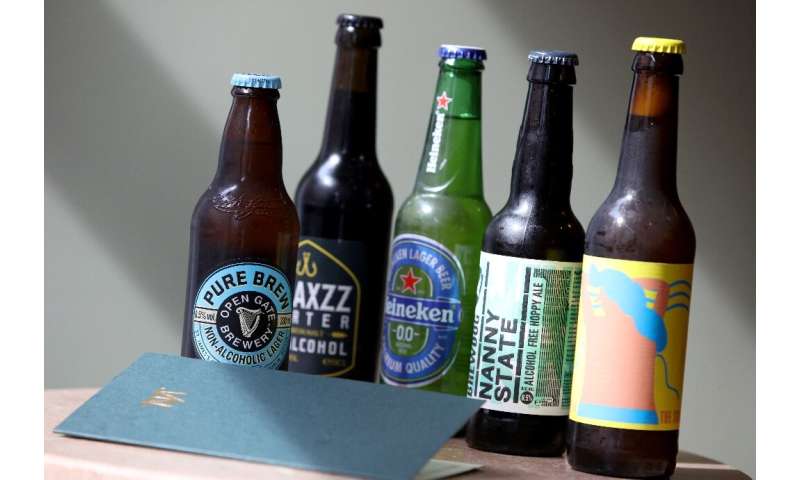 “It’s actually quite nice to just have something different,” the 49-year-old said, after ordering a glass of alcohol-free white wine and posing for a photo with work friends at the bar.