Everyday, a new headline comes out stating that exercise is good for us. 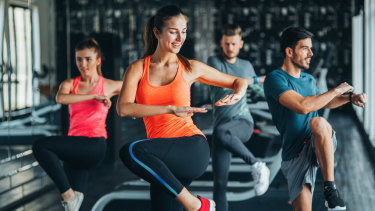 Regular physical activity makes you less likely to have a heart attack or develop heart disease.Credit:iStock

Yet what we’re not often told is exactly how exercise works to keep our body healthy – and that that not all types of exercise have the same effects.

We’re only now starting to understand that exercise does not affect every part of the body in the same way; in some cases, moderate exercise can achieve better results than pumping it on the treadmill at the gym; yet other organs are best served by HIIT (high intensity interval training) workouts.

So is there such a thing as one "perfect" type of exercise for health elements such as cardiovascular health (heart), cognition (brain), skin and fertility?

The best thing we can do for our hearts is regular physical activity; it makes you less likely to have a heart attack or develop heart disease, according to a continues roll call of studies.

But are there certain types of exercises that are better for your heart than others?

“High intensity interval training (HIIT) is one of the best ways to improve cardiorespiratory fitness (CRF),” says Professor Jeff Coombes, director of the Centre for Research on Exercise, Physical Activity and Health at the University of Queensland.

His 2014 study on the effects of HIIT versus moderate-intensity continuous training on heart health found that HIIT significantly increased cardiorespiratory fitness in people with lifestyle-induced heart problems than moderate exercise.

“What we found was that higher intensity bouts anywhere from five seconds up to four minutes, with a rest period in between of up to three minutes, were most effective,” he says.

Aerobic exercise works like magic on the body. Not only does it improve heart function, decrease the plaque buildup in the arteries on the heart and the chances of having another heart attack, it also significantly reduces the risk of getting a stroke by cleaning out the plaque in the brain, Professor Coombes says.

“It also improves the function of blood vessels in the heart and going up to the brain and encourages the heart’s arteries to dilate more readily, reducing the chance of having a blockage in the arteries – which is how most people with heart disease die,” he says.

What's surprising is that it’s actually the rest period between HIIT intervals that is most beneficial: “That's where we get the improved heart and vessel functions,” Professor Coombes says.

“You have to stress the body and let it recover to be most effective for the heart. It’s not about smashing through and overtraining: if you don't have enough recovery time, performance and the effectiveness of exercise on the heart goes down.”

According to the Heart Foundation, we should all be aiming for 150 minutes of moderate intensity or vigorous intensity physical activity each week, as well as muscle-strengthening activities on at least two days each week.

And while doing any exercise regularly is better than doing none, higher-intensity exercise will definitely improve your level of fitness – and the efficiency with which your heart and lungs work to get oxygen delivered to and used by your muscles.

A growing body of research is showing that exercise is just as good for the brain as it is for the body – and may even prove to be the key against memory loss and Alzheimer’s disease.

In 2016, Australian neuroscientist Professor Cassandar Szoeke led a 20-year long health study that looked at women aged 45 to 65. After measuring all of their vitals (everything health-related such as cognitive definition, diet, exercise routines etc) she found something very interesting.

“We thought that someone who does exercise everyday at 60 won’t have the same benefits as someone who exercises at 40, but that was not the case. The good message here is that it’s never too late to start: you get benefits every day you do it.”

However, she says, as her team’s groundbreaking 2012 Alzheimer’s study done here in Australia showed, the disease actually develops 30 years before the symptoms are diagnosed (usually in people aged 70 plus), meaning that if you do exercise regularly in your 40s, the effects are cumulative.

“If it takes 30 years to develop and you’re seeing how exercise impacts Alzheimer's, you need to be looking at exercise habits 30 years before the disease develops,” she points out.

A large 2011 study looking into seven main risk factors for developing dementia found that not only is exercise beneficial to reducing the pace of cognitive decline, but that inactivity was three times greater than any other risk factor.

"Our work suggests the exercise you can do each and every day is what has the most benefit on later life cognition,” says Szoeke.

Assistant Professor Joe Northey, from the University of Canberra's Research Institute for Sport and Exercise, says that while aerobic exercise [in a study] has a reputation for being easy to design and deliver, other types of exercise are slowly being explored.

“When you do aerobic exercise … the brain experiences an increase in blood flow and is exposed to several important growth factors that signal new brain cells and blood vessels to form. This is important, as these new or healthier blood vessels help nourish the new brain cells which are linked to improved cognitive function.

“But more recently, non-aerobic types of exercise including muscle-strengthening or balance activities like lifting weights or doing tai-chi have (also) been shown to improve brain health, although perhaps through slightly different pathways to aerobic exercise.”

And it’s not necessary to work yourself crazy to get peak benefits, either: according to Northey, “unlike in the rest of the body (where blood flow increases as the exercise gets harder), blood flow in the brain peaks at moderate intensity and declines to resting point as toy approach high intensity”.

“This means that doing moderate exercise on a daily basis might be enough to get the maximum benefit for your brain,” he says.

Forget the expensive lotions and creams: according to science, it’s exercise that not only appears to make skin look younger, but may also reverse the skin ageing process in people who start exercising later in life.

“Cardiovascular exercise and related activities that improve your baseline fitness will be beneficial to your holistic health, of which skin is a part,” says Dermatologist Dr Adam Sheridan.

“It’s been shown that engaging in regular aerobic and weight bearing exercise, sleeping and eating well and staying hydrated help maintain the skin dermis, the supporting layer of the skin comprised of collagen and elastin.''

In 2014, Canadian researchers found that three months of exercise in previously sedentary adults aged 65 and older significantly improved their skin composition, with (buttock) skin samples showing both outer and inner layers looking very similar to those of 20 to 40-year-old skin.

While exactly how exercise changes skin composition is not completely clear, the researchers found greatly enhanced levels of myokines (substances which enter the bloodstream and jump-start changes in cells far from the muscles themselves) called IL-15 in the skin samples of volunteers after exercise.

This led them to suspect that extra myokines and substances are also involved in the skin changes related to exercise. 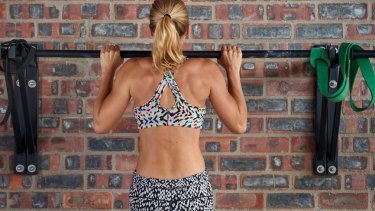 Healthy blood flow also removes pollutants and cellular waste, thereby reducing inflammation and susceptibility to cancer and other diseases throughout the body, including the skin.Credit:Stocksy

But how does exercise actually affect the skin condition physiologically?

“By increasing healthy blood flow,” says Dr Sheridan. “Blood carries oxygen and nutrients to working cells throughout the body, including the skin.

Healthy blood flow also removes pollutants and cellular waste, thereby reducing inflammation and susceptibility to cancer and other diseases throughout the body, including the skin.

“However, while many articles out there say that it's great for your skin to get to the point of flushing, exercise that makes you flush excessively may place undue strain upon your skin's blood vessels. Combined with environmental damage including sun, extremes of temperature and pollution this may drive the progression towards rosacea and broken vessels,” he warns.

Exercising vigorously on hard surfaces (think marathon runners) can also negatively impact upon the skin through repeated vibration and shock and excessive exercise may also accelerate the depletion of subcutaneous fat which gives skin its fullness and plump appearance, he said.

When it comes to physical health and fertility, researchers are still largely in the dark. What we do know, however, is that weight matters for both men and women, and that those who exercise tend to have as good outcomes as people seeking fertility treatments.

“Obesity is an important main factor for infertility in women,” says University of Queensland’s Dr Gregore Mielke, who works in the human movement and nutrition department.

“We know that exercise and obesity are connected. Our most recent study found that exercise may be as effective as commonly-used fertility treatments such as IVF or ovulation induction when it comes to overcoming fertility problems”.

According to the Fertility Society of Australia, moderate regular exercise can improve fertility and the chance of having a baby.

Studies have found that “vigorous exercise reduces the risk of ovulation problems, and that moderate exercise decreases the risk of miscarriage and increases the chance of having a baby among women who undergo assisted reproductive technology (ART)”.

And it’s not just obese women who struggle with fertility issues; obesity in men can also reduce sperm quality and fertility.

There is much research on the correlation between exercise and fertility yet to be done but, says Dr Mielke: “What we do know, however, is that the current evidence is quite consistent in showing that doing any physical activity is better than doing none.''