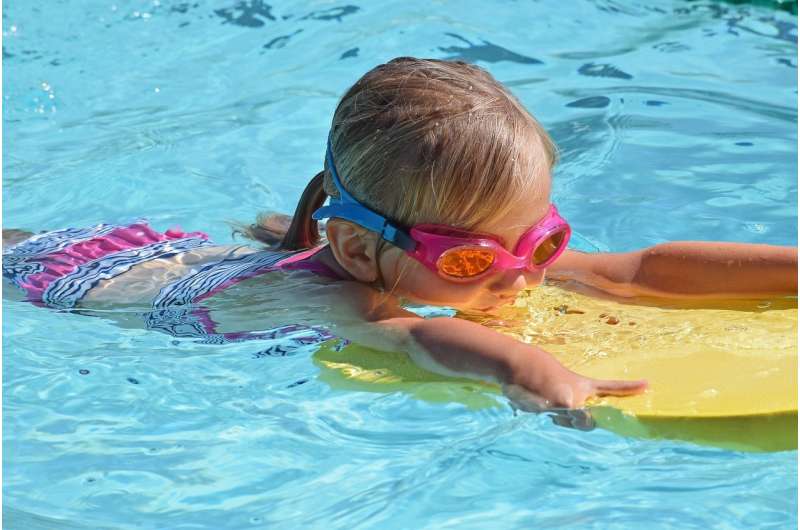 Fifty-three percent of six-year-olds met the recommended daily guidelines for moderate-to-vigorous physical activity in a study carried out pre-pandemic by researchers at the universities of Cambridge and Southampton.

Physical activity is beneficial for our physical and mental health, but activity levels tend to decrease across childhood and adolescence. Current UK physical activity guidelines recommend that children and young people from ages 5 to 18 years do an average of 60 minutes of moderate-to-vigorous physical activity (such as playing in the park or physical education) per day across the week. For all children, it is also recommended that they keep to a minimum extended periods of sedentary behavior (such as sitting watching TV).

To investigate how much activity children do in their early primary school years, researchers from the Medical Research Council (MRC) Epidemiology Unit at the University of Cambridge and the MRC Lifecourse Epidemiology Centre at the University of Southampton provided 712 six-year-olds with Actiheart accelerometers, which measured their heart rate and movement. The children, who had been recruited as part of the ongoing Southampton Women’s Survey, wore these continually for an average of six days.

The results of the study are published today in the Journal of Physical Activity and Health.

Just over half of the children (53%) met the current UK recommended guidelines, with boys being more likely to reach the target than girls (63% of boys vs 42% of girls).

Dr. Esther van Sluijs from the MRC Epidemiology Unit at Cambridge says that “using accelerometers, we were able to get a much better idea of how active children were and we found that just over a half of six-year-olds were getting the recommended amount of physical activity. But this means that almost half of British children in this age group are not regularly active, which we know is important for their well-being and their performance at school.”

When the researchers analyzed activity levels by time of day, they found that girls engaged in less moderate-to-vigorous physical activity during the school day at age six. Possible explanations are that girls wear skirts, which may make physical activity more challenging, or that they choose less active options during break times.

The researchers were able to look at longitudinal data from some children—that is, data recorded over a period of time rather than just a snapshot—and found that compared to at age four, at age six children became more sedentary (on average, around 30 minutes per day more compared to when they were four), but also engaged in an additional seven minutes per day of moderate-to-vigorous physical activity.

Dr. Kathryn Hesketh from the MRC Epidemiology Unit at Cambridge added that “this is something of a double-edged sword: children appear to do more moderate-to-vigorous physical activity when they start formal schooling, which is really positive, but they also spend more time sedentary. This may in part be because of the structure of the school day, so we may want to look at ways to reduce sedentary time when children are younger, to prevent that behavior becoming habitual.”

Professor Keith Godfrey from the University of Southampton commented that “these analyses indicate that new initiatives to promote physical activity must consider the lower activity levels in girls and at weekends. The time when children transition into formal schooling is an important opportunity to ensure a much higher proportion achieve recommended levels of activity.”