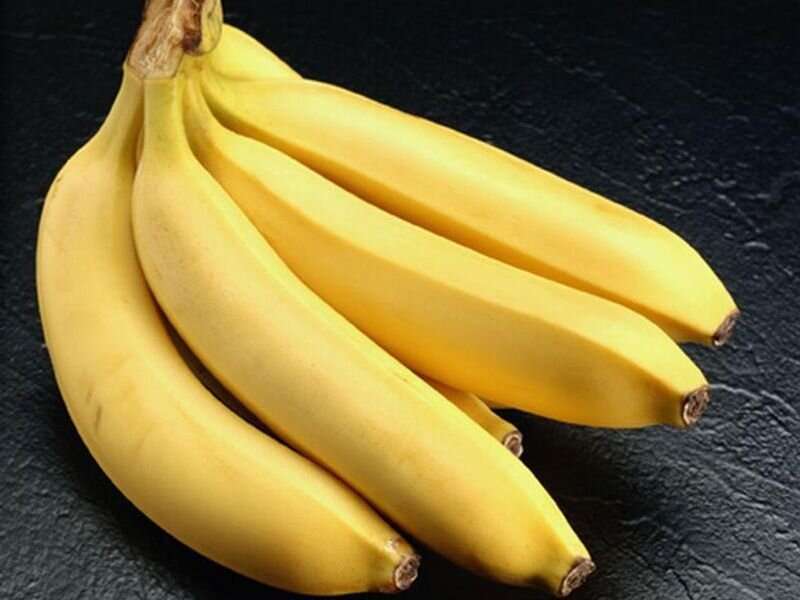 You might want to put the salt shaker down and pick up a banana.

Having less sodium and more potassium in your diet is linked to lower risk of heart disease, according to a new study involving more than 10,000 adults.

Prior observational studies had led to confusion about whether reducing current levels of salt in the diet might backfire, raising cardiovascular disease (CVD) risk, noted first study author Yuan Ma. He’s a research scientist in epidemiology at the Harvard T. H. Chan School of Public Health.

The new data should put those fears to rest.

“Our study combined high-quality individual participant data from six cohort studies where sodium was measured by the currently most reliable method, namely, multiple 24-hour urine samples,” he explained in a Harvard news release. “Our results should help clarify sodium’s role in CVD—that lower consumption is associated with lower risk of CVD in most populations, including in the U.S.”

The findings were presented Sunday at the annual online meeting of the American Heart Association, and also published simultaneously in the New England Journal of Medicine.

Sodium is one of the components of table salt and naturally occurs in some foods. However, much higher amounts are also frequently added to commercially processed, packaged and prepared foods.

Potassium naturally occurs in fruits (such as bananas), leafy greens, beans, nuts, dairy and starchy vegetables. It has an opposite effect to sodium, helping to relax blood vessels and increase sodium excretion while decreasing blood pressure, the researchers explained.

They analyzed the individual sodium and potassium excretion data, plus the incidence of heart disease, including coronary heart disease (which includes heart attacks) and stroke.

The data came from multiple 24-hour urine samples, which researchers said is the most reliable method for assessing a person’s sodium intake. Those samples were taken from more than 10,000 generally healthy adults with a study follow-up of cardiovascular events for an average of nearly nine years.

After documenting 571 strokes, heart attacks and other heart “events” in the data, Ma’s team concluded that higher salt intake was significantly associated with higher heart risk in a dose-response manner with a daily sodium intake that ranged from about 2,000 milligrams (mg) in some people to more than 6,000 mg in others.

The current U.S. Dietary Guidelines for Americans recommends adults limit sodium intake to less than 2,300 mg per day—that’s equal to about 1 teaspoon of table salt.

The new study found, however, that for every 1,000 mg per day increase in sodium excretion, a person’s risk for heart disease rose by 18%.

Conversely, for every 1,000 mg per day rise in potassium excretion, the risk of heart disease was 18% lower.

“This study underscores the importance of using a reliable biomarker to measure habitual sodium intake and assess its relationship with cardiovascular risk,” said Frank Hu, the Fredrick J. Stare Professor of Nutrition and Epidemiology, chair of Department of Nutrition at Harvard Chan School and senior author of the paper. “The findings provide further support for public health strategies including regulations, food labeling, and promoting healthy dietary patterns to reduce sodium intake and increase potassium intake.”

Sharon Zarabi is a registered dietitian and program director of Northwell Health’s Katz Institute for Women’s Health in New York City. Reading over the new findings, she said the new study offers gold-standard evidence of the harms of too much salt in the diet.

“This just puts the proof in the pudding—what better evidence would you need when you can actually visualize the outcomes of a high sodium diet?,” she said.

The urine tests used in the new research are available to everyone, she added. “These are easy tests we can do in any office and by showing numbers, metrics and data to our patient on an individual level, we may be better equipped to change behavior,” Zarabi said.

People don’t even have to sacrifice on foods’ taste, she added. “We can still enhance the flavor of our food with low sodium alternatives, herbs and spices,” Zarabi noted.