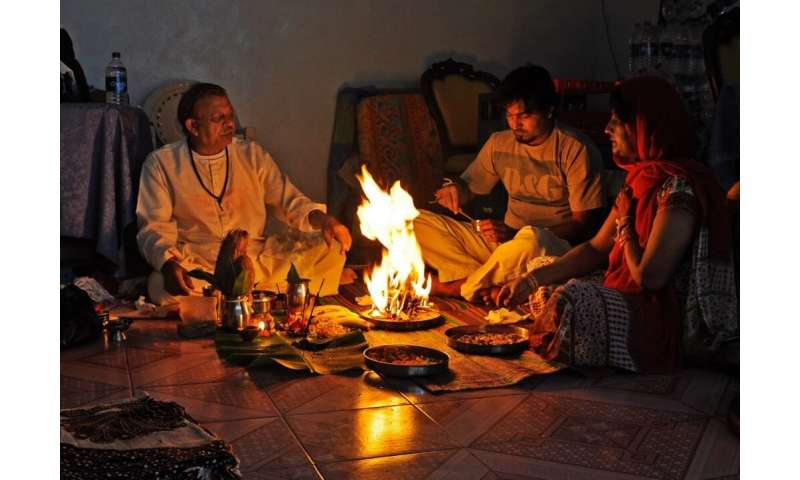 With graduation ceremonies, weddings, funeral, annual parades, and many other gatherings called off in the wake of the COVID-19 pandemic, it is apparent that our lives are going to be without familiar rituals—just when we need them most.

“In the current context of the pandemic, if you were a completely rational being—perhaps an extraterrestrial who’s never met any actual humans—you would expect that given the current situation people wouldn’t bother doing things that do not seem crucial to their survival. Maybe they wouldn’t care so much about art, sports, or ritual, and they would focus on other things,” says Xygalatas. “If you were to think that, it would show you didn’t know much about human nature, because humans care deeply about those things.”

Further, Xygalatas says, rituals play an important role in people’s lives, helping them cope with anxiety and functioning as mechanisms of resilience.

This research started years ago, says Xygalatas. He explains that to study something as complex as human behavior, it is important to approach the question from multiple angles to collect converging evidence. First, in a laboratory study, they found that inducing anxiety made people’s behavior more ritualized; that is, more repetitive and structured. So the next step was to take this research out to real-life situations, where they examined whether performing cultural rituals in their natural context indeed helps practitioners cope with anxiety.

“This approach also goes to show the limitations of any study. One study can only tell us a tiny bit about anything, but by using a variety of methods like my team and I are doing, and by going between the highly controlled space of the lab and the culturally relevant place that is real life we are able to get a more holistic perspective,” he says.

The experiment reported in their current publication took place in Mauritius, where the researchers induced anxiety by asking participants to prepare a plan for dealing with a natural disaster that would be evaluated by government experts. This was stressful, as floods and cyclones are very pertinent threats in that context. Following this stress-inducing task, one half of the group performed a familiar religious ritual at the local temple while the other half were asked to sit and relax in a non-religious space.

The researchers found that the speech was successful in inducing stress for both groups but those who performed the religious ritual experienced a greater reduction in both psychological and physiological stress, which was assessed by using wearable technology to measure heart rate variability.

Stress itself is important, says Xygalatas: “Stress acts as a motivation that helps us focus on our goals and rise to meet our challenges, whether those involve studying for an exam, flying a fighter jet, or scoring that game-winning goal. The problem is that beyond a certain threshold, stress ceases to be useful. In fact, it can even be dangerous. Over time, its effects can add up and take a toll on your health, impairing cognitive function, weakening the immune system, and leading to hypertension or cardiovascular disease. This type of stress can be devastating to our normal functioning, health, and well-being.” 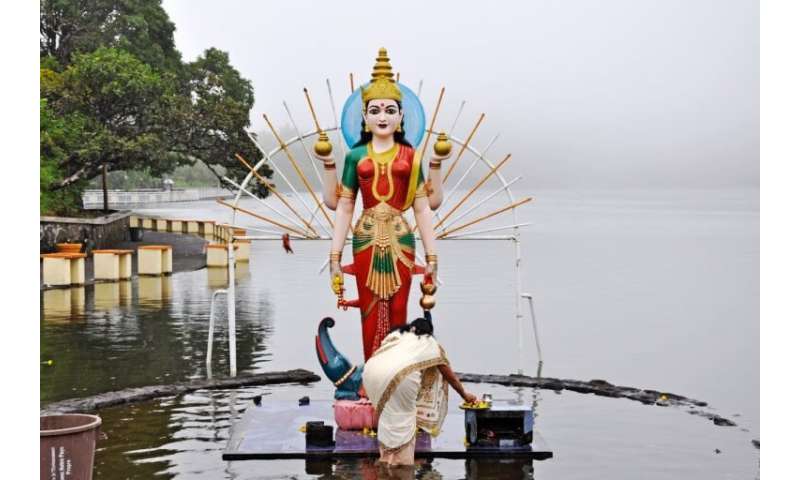 This is where Xygalatas and his team believe ritual plays an important role in managing stress.

“The mechanism that we think is operating here is that ritual helps reduce anxiety by providing the brain with a sense of structure, regularity, and predictability,” he says.

Xygalatas explains that in recent decades we have begun to realize the brain is not a passive computer but an active predictive machine, registering information and making predictions to help us survive.

“We come to expect certain things—our brain fills in the missing information for the blind spot in our vision, and prompts us to anticipate the next word in a sentence—all of these things are due to this effect because our brain makes active predictions about the state of the world.”

Well-practiced rituals, like the one included in the study, are repetitive and predictable and therefore the researchers believe they give our brains the sense of control and structure that we crave, and those feelings help alleviate stress. This stress reducing impact of rituals could be a way to cope with chronic anxiety.

In today’s stressful context, we see ritual taking different forms, from people gathering to applaud healthcare workers, to virtual choirs singing across the internet. Xygalatas also notes a recent study that tracked the increase in people typing the word “prayer” in Google searches. In this unpredictable time, people are continuing to find relief in ritual.

“One thing I like to tell my students is that we as human beings are not as smart as we’d like to think. But thankfully, we are at least smart enough to be able to outsmart ourselves. We have many ways of doing this; for instance, when we look at ourselves in the mirror before an interview and tell ourselves, ‘OK, I can do this.’ Or when we take deep breaths to calm down. We have all of these hacks that we can use on our very brain. We could rationalize it and tell ourselves ‘OK, I’m going to lower my heartbeat now.’ Well, that doesn’t work. Ritual is one of those mental technologies that we can use to trick ourselves into doing that. That is what these rituals do—they act like life hacks for us.”

Going forward, Xygalatas points out that he and his colleagues intend to do more work on the exact mechanisms underlying these effects of ritual.