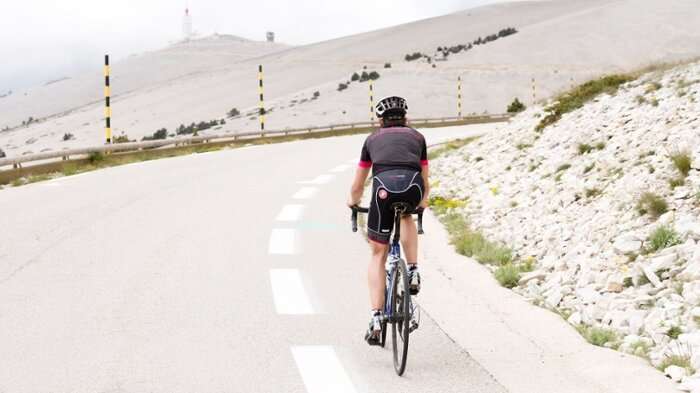 The list of substances prohibited by the World Anti-Doping Agency (WADA) is huge. Ph.D. candidate Jules Heuberger looked at many of these, as well as at the methods used to detect them. He concluded that for very few of these substances is there is evidence that they actually do enhance performance. Ph.D. defence on 16 May.

Jules Heuberger is a researcher at the Centre for Human Drug Research (CHDR), which conducts research into drugs. How did he end up doing research into doping? “Almost all doping substances are actually drugs,” he explains. “So research into the effect of doping is what we do here anyway.” It also helps that he’s an avid cyclist who likes to follow the cycling world. “I’ve done a good job of combining my work with my hobby.”

Heuberger also tested one of the most well-known performance-enhancing substances: EPO. “If you want to know whether a drug has an effect, you carry out a clinical study in which test subjects are unaware whether they are receiving the substance or a placebo. That is exactly what we did with EPO.” The test subjects were well-trained amateur cyclists who received an EPO or placebo injection. They then had to do a maximum endurance test in the lab to see whether the EPO made them cycle faster. Heuberger also tested this in a more faithful setting: he got the group to do a time trial and climb the infamous Mont Ventoux. He discovered that although the EPO cyclists’ results were slightly better in the lab, both groups did equally well in the time trial and mountain climb. The doping therefore had no relevant effect (article in Dutch).

Heuberger also looked at the detection methods for EPO: he tested the urine of the test subjects in an official doping lab. “We knew who had used EPO, but the official tests didn’t detect the urine sample of all our subjects, not by a long way.” He also looked at the detection method and associated procedures for salbutamol, an asthma drug that athletes may use up to a certain dose. Their urine may therefore contain a certain amount of salbutamol. “Our research showed that the current procedures are unable to find all athletes who have taken too high a dose, nor are all clean athletes protected: an athlete can therefore be unfairly accused.”

Why is it so important to test whether doping actually has an effect? Heuberger: “If athletes know that something has been proven not to work, they will be less likely to use it.” Furthermore, athletes are tested for a long list of doping substances, which may be a waste of time. “That costs a lot of money and is a huge burden on athletes.” Last but not least is the safety of athletes. Certain substances are not without risk, particularly if you take them in secret. “These substances can have side-effects, which can sometimes be very serious. You’ll be much less likely to risk these side-effects if the substance is not going to enhance your performance anyway.”