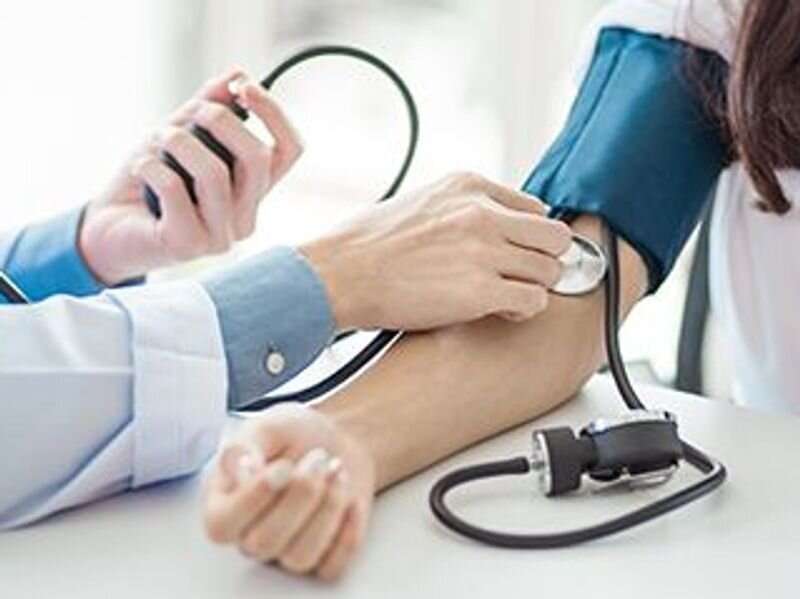 (HealthDay)—For young and middle-aged adults, hypertension at baseline, at age 30 years, and at age 40 years is associated with an increased risk for stroke, according to a study published online March 29 in Hypertension.

Yariv Gerber, Ph.D., from Tel Aviv University in Israel, and colleagues examined the longitudinal relationship between blood pressure (BP) and stroke incidence among young and middle-aged adults. BP measured during nine examinations from 1985-1986 to 2015-2016 was used to classify 5,079 participants according to the 2017 American College of Cardiology/American Heart Association guideline. Stroke events were adjudicated to 2018.

The researchers found that stroke events occurred in 100 participants. The incidence of stroke per 100,000 persons was higher in Blacks than Whites (120 versus 29). Compared with normal BP, stage 2 hypertension was associated with a higher risk for stroke at baseline (hazard ratio, 3.72), as a time-dependent variable (hazard ratio, 5.84), at age 30 years (hazard ratio, 4.14), and at age 40 years (hazard ratio, 5.59) after adjustment for sociodemographic and cardiovascular risk factors. More modest increases in risk were seen with elevated BP and stage 1 hypertension.