Losing just 16 MINUTES of sleep can affect your performance at work, study finds

Losing out on just 16 minutes of sleep could affect your job performance at the office next day, a new study says.

Researchers said getting less shut-eye than usual was associated with poor judgement and getting easily distracted at work.

Workers also reported that this caused an increase in their stress levels, which led to a less productive day.

The team, from the University of South Florida, is now calling on workplaces to promote their employees’ sleep by lightening their workloads and not making them work so much overtime. 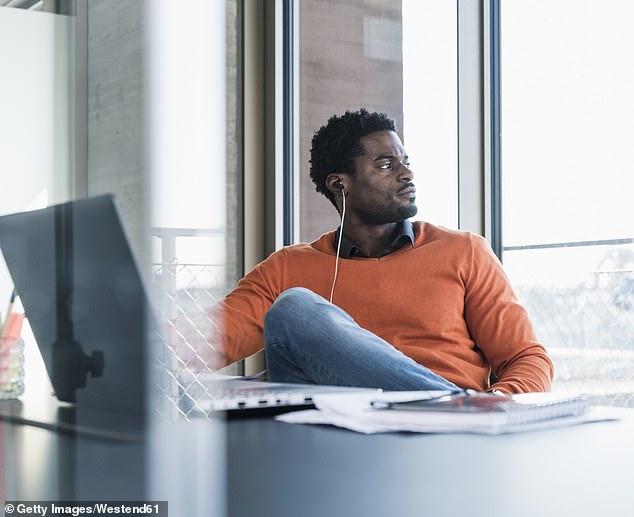 A new study from the University of South Florida has found that losing 16 minutes of sleep was associated with poor judgement, getting easily distracted and a less productive work day (file image)

Lead author Dr Soomi Lee, an assistant professor at the School of Aging Studies at the University of South Florida, said the inspiration for the study came from observations of her own life.

‘If I have poor sleep the previous night, I find that it interferes with my daily life, more negative emotion,’ she told DailyMail.com ‘So I was wondering if sleep was associated with work performance.’

For the study, published in the journal Sleep Health, the team surveyed 130 adults who work in information technology.

Participants were asked several questions including what time they went to bed and woke up, how many hours and minutes they slept and how they would rate their sleep quality.

They were also asked on a scale from zero to four – with zero meaning ‘never’ and four meaning ‘very often’ – if they had trouble concentrating, if they had worries, or if they struggled to avoid certain thoughts.

This caused their stress levels to rise, which resulted in a day that was less productive.

The team also found that those who got easily distracted at work were more likely to go to sleep earlier that night.

‘We found bidirectional associations, meaning if someone experienced more cognitive interference, that would predict sleep, they would go to bed earlier because of fatigue and wake up earlier than usual,’ said Dr Lee.

Researchers also looked at work days compared to weekend and found that getting less sleep did not have as many negative affects when someone had the day off.

Dr Lee said she hopes the research increases more awareness about the importance of sleep in the general public, but that it also has implications for employers.

Not getting enough sleep is a big problem in the United States.

More than one-third of American adults get less than the recommend seven to eight hours on a regular basis, according to the Centers for Disease Control and Prevention.

Aside from a lack of alertness and impaired memory, poor sleep has even been linked to heart and immune system problems.

A 2016 study by the non-profit research firm the RAND Corporation found that a lack of shut-eye among the US working population was costing the economy up to $411billion a year.

The US loses just over 1.2 million working days a year to exhaustion – either from workers taking days off or not performing at their prime.