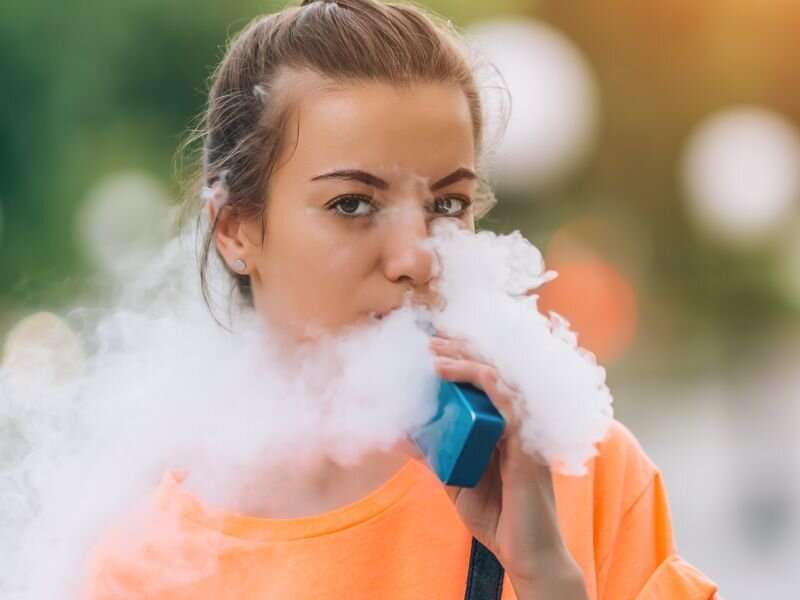 In 2019, a majority of new daily tobacco users aged 14 to 17 years vaped daily, according to a study published online May 30 in Pediatrics.

John P. Pierce, Ph.D., from the University of California San Diego, and colleagues examined tobacco use by product and brand among U.S. youth and young adults. Two cohorts aged 14 to 34 years were identified: one with a baseline survey in 2014 before the rapid surge in JUUL use and the other in 2017, concomitant with the surge in JUUL sales. The two-year incidence of first tobacco use and new-onset daily tobacco use was compared by product for five age groups.

The researchers found that among baseline nondaily tobacco users, an increase in the two-year incidence of daily tobacco use to rates approaching those in the 1990s was only seen for those aged 14 to 17 years (4.8 percent in the 2014 cohort versus 6.3 percent in the 2017 cohort). Three-quarters of new daily tobacco users aged 14 to 17 years in 2019 vaped daily and had e-cigarette dependence scores similar to daily cigarette smokers and older adult e-cigarette vapers. In 2019, an estimated 600,000 Americans aged younger than 21 years used JUUL products daily, a rate that was 2.5 times higher than for those aged 25 to 34 years.