A Colorado man says he was on chemotherapy and painkillers for five years to treat a rare cancer – only to learn he never had the disease at all.

James Salaz, of Montrose, went to Montrose Memorial Hospital in 2012, where doctors performed numerous tests before they found two ‘abnormalities’ in his left lung.

After performing an open lung biopsy, Salaz was told he had a rare form of cancer in which an excess of white blood cells caused tumors to form throughout the body.

Despite immediately undergoing treatment, the abnormalities weren’t going anyway – that is until he visited another doctor who told him he didn’t have cancer, but rather a condition that causes inflamed blood vessels. 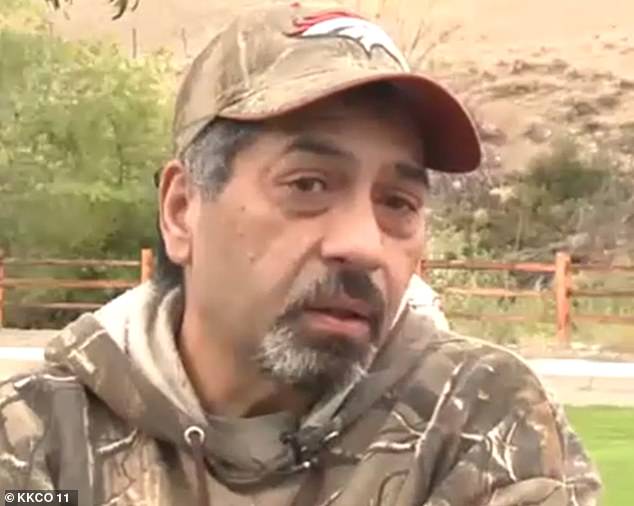 James Salaz, of Montrose, Colorado, was diagnosed with Langerhans Cell Histiocytosis (LCH) in 2012 after experiencing pain in his left armpit and two abnormalities found in his left lung

‘I just started getting a pain under my armpit way deep, so I went to the hospital and they did some tests and then the doctor told me that they found two abnormalities inside my left lung,’ Salaz told KKCO in an exclusive interview.

He was diagnosed in 2012 with Langerhans Cell Histiocytosis (LCH), a rare cancer that begins in LCH cells, white blood cells that help fight infection.

The immature white blood cells multiply, which cause tumors called granulomas to form and can lead to organ damage.

Although LCH is most often diagnosed in childhood, between ages two and three, it can appear at any age.

According to the Histiocytosis Association, it is estimated to occur in one-to-two adults per million.

‘They said that I was the only one in Colorado that had it,’ Salaz told KKCO.

Montrose, where Salaz lives, is in the southwestern part of the state located near the Rio Grande National Forest. 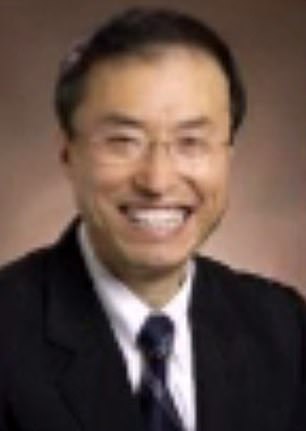 After his primary doctor, Dr Choon-Kee Lee (pictured) was dismissed, Salaz was forced to find a new oncologist

For years, he was on chemotherapy, pain medication and had a few open lung biopsies, but the abnormalities in his lung remained.

When he went to visit his primary doctor, Dr Choon-Kee Lee at the San Juan Cancer Center, operated by Montrose Hospital, in 2017, the doctor was no longer practicing there.

‘So Dr Lee got dismissed…and they didn’t even tell anybody that he got dismissed. I was waiting in the waiting room for an appointment,’ Salaz said.

According to the Montrose Daily Press, Dr Lee was abruptly dismissed from his position in October 24.

His attorney, Robert Korn, told the newspaper that no reason for the ousting was given aside from references to at-will employment.

Salaz was forced to find a new oncologist, but he was not expecting the news she told him.

‘She called me and told me that I never had Langerhans,’ he said.

‘I have a thing called vasculitis, and she said that: “If we would’ve treated it five years ago, you would be good”.’

Vasculitis is an inflammation of the blood vessels. The abnormalities Dr Lee had seen in Salaz’s left lung were actually just inflamed veins, and not cancer.

However, because Salaz had gone for so long without treatment, his vasculitis had progressed to a form known as Granulomatosis with polyangiitis (GPA).

GPA occurs when the blood vessels in the nose, sinuses, throat, lungs and kidneys become inflamed. 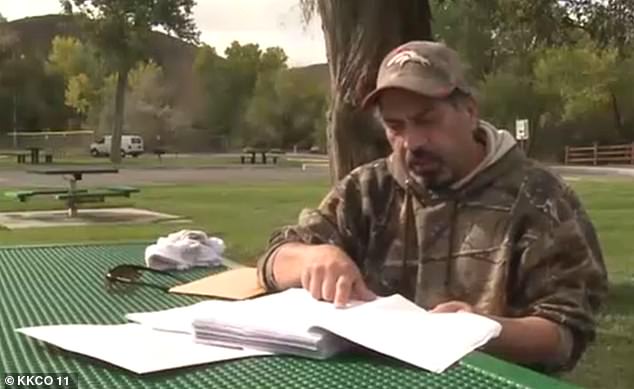 The new doctor told Salaz (pictured) he never had cancer and that he was actually suffering from vasculitis, an inflammation of the blood vessels. The chemotherapy he was taking has also left him with pancreatitis that he will have to live with for the rest of his life 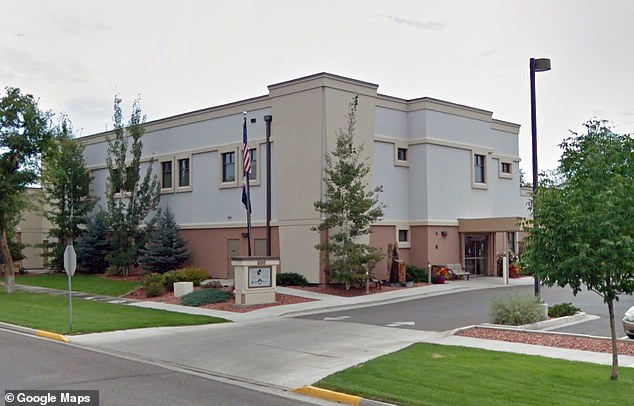 Salaz was referred to a rheumatologist, but he was told he would be on a waiting list for a year before he could get an appointment. Pictured: Montrose Memorial Hospital

Doctors are unsure of what causes GPA, but it often develops after an infection and mostly among peoples between ages 40 and 65.

Without treatment, the inflammation can result in tissue and organ damage, and ultimately be fatal.

‘They treated something that I didn’t even have and that’s kind of sad…you know and I think that somebody needs to be accountable for it,’ Salaz told KKCO.

Salaz said the doctor referred him to a rheumatologist but, when Salaz called and asked if the office had received the referral, he was told he would be on a waiting list for a year before he could get an appointment.

On top of his new diagnosis, Salaz says that the intense chemotherapy he was taking to treat his cancer has also left him with pancreatitis that he will have to live with for the rest of his life.