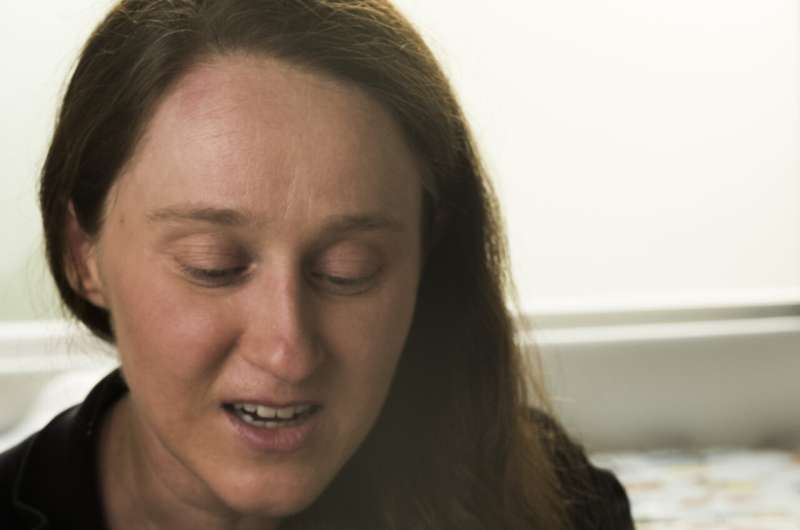 A baby born prematurely often has to be separated from its parents and placed in an incubator in intensive care. For several weeks, he or she will undergo routine medical procedures that can be painful, without being relieved by too many pharmaceutical painkillers, which are risky for his or her development. So how can we act for the good of the baby? A team from the University of Geneva (UNIGE), in collaboration with the Parini Hospital in Italy and the University of Valle d’Aosta, observed that when the mother spoke to her baby at the time of the medical intervention, the signs of the baby’s expression of pain decreased and his oxytocin level—the hormone involved in attachment and also linked to stress—increased significantly, which could attest to better pain management. These results, to be read in the journal Scientific Reports, demonstrate the importance of parental presence with premature babies, who are subjected to intense stress from birth, a presence that has a real impact on their well-being and development.

As soon as they are born before 37 weeks of gestation, premature babies are separated from their parents and placed in an incubator, often in intensive care. They have to undergo daily medical interventions, necessary to keep them alive (intubation, blood sampling, feeding tube, etc.), which have potential impacts on their development and pain management. The difficulty? It is not always possible to relieve them with pharmaceutical painkillers, as the short and long term side effects on their neurological development can be significant. There are other ways to relieve the baby, such as wrapping, restraint, sugar solutions or non-nutritive sucking with a teat.

However, for several years now, studies have shown that the presence of a mother or father has a real calming effect on the child, particularly through the emotional modulations of the voice. This is why the team of Didier Grandjean, full professor at the Psychology Section of the Faculty of Psychology and Educational Sciences (FPSE) and at the Swiss Center for Affective Sciences (CISA) of the UNIGE, has been interested in the early vocal contact between the mother and the premature baby, in the impact of the mother’s voice on the management of pain resulting from the routine practices necessary for the follow-up of the babies, and in the psychological and cerebral mechanisms that would be involved.

Including the mother in the heel prick

To test this hypothesis, the scientists followed 20 premature babies at the Parini Hospital in Italy and asked the mother to be present during the daily blood test, which is done by extracting a few drops of blood from the heel. “We focused this study on the maternal voice, because in the first days of life it is more difficult for the father to be present, due to working conditions that do not always allow days off,” says Dr. Manuela Filippa, a researcher in Didier Grandjean’s group and first author of the study.

The study was conducted in three phases over three days, allowing for comparison: a first injection was taken without the mother being present, a second with the mother talking to the baby and a third with the mother singing to the baby. The order of these conditions changed randomly. “For the study, the mother started talking or singing five minutes before the injection, during the injection and after the procedure,” says the Geneva researcher. We also measured the intensity of the voice, so that it would cover surrounding noise, as intensive care is often noisy due to ventilations and other medical devices.

First, the research team observed whether the baby’s pain decreased in the presence of the mother. To do this, they used the Preterm Infant Pain Profile (PIPP), which establishes a coding grid between zero and 21 for facial expressions and physiological parameters (heartbeat, oxygenation) attesting to the baby’s painful feelings. “In order to code the behavior of premature babies, we filmed each blood test and judged the videos ‘blind,” by trained personnel, without sound, so as not to know whether the mother was present or not,” notes Didier Grandjean.

The results are significant: the PIPP is 4.5 when the mother is absent and drops to 3 when the mother talks to her baby. “When the mother sings, the PIPP is 3.8. This difference with the spoken voice can be explained by the fact that the mother adapts her vocal intonations less to what she perceives in her baby when she sings, because she is in a way constrained by the the melodic structure, which is not the case when she speaks,” emphasizes the Geneva professor.

The scientists then looked at what changes in the baby when it hears its mother speak. “We quickly turned to oxytocin, the so-called attachment hormone, which previous studies have already linked to stress, separation from attachment figures and pain,” explains Dr. Manuela Filippa. Using a painless saliva sample before the mother spoke or sang and after the heel prick, the research team found that oxytocin levels rose from 0.8 picograms per milliliter to 1.4 when the mother spoke. “In terms of oxytocin, this is a significant increase,” she says.