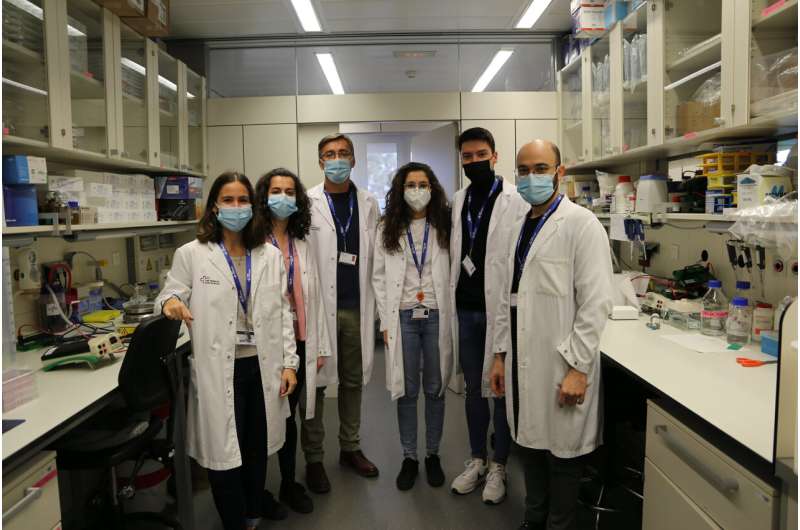 UAB and Vall d’Hebron researchers identified the mechanism by which inhibitors of the ERK5 protein kinase impair the proliferation of cancer cells and induce their death. The results, obtained using human cancer cell lines, demonstrate that ERK5 inhibition activates cytotoxic autophagy, a process that triggers cancer cell death, without affecting healthy cells. A combination of ERK5 inhibitors and chemotherapy could improve cancer treatment.

The synthesis of cellular proteins takes place at the endoplasmic reticulum. In response to different factors, such as lack of nutrients or of oxygen, endoplasmic reticulum become stressed, a process that can compromise the survival of cells. To deal with this, a process called UPR (Unfolded Protein Response) is started, to restore protein production and cellular normality. Among other strategies, UPR initiates autophagy, a biological process that allows cells to degrade and recycle defective components. However, if stress is extreme or prolonged, UPR is not enough to restore protein production, and UPR leads to a cytotoxic autophagy that activates apoptosis (cellular suicide).

UPR occurs in all the body cells, but has special relevance in tumor cells, which present high levels of endoplasmic reticulum stress. UPR and autophagy allow tumor cells to better adapt to the environment and to avoid the immune system. Consequently, tumor cells are very sensitive to reach a level of autophagy that results toxic for the cell. Hence, autophagy modulation is a new therapeutic strategy to treat cancer: drugs that induce high levels of autophagy can cause the collapse of tumor cells, as well as the activation of the apoptotic cell death program.

MAP kinase ERK5 protein controls the proliferation and survival of tumor cells, being a new therapeutic target for cancer treatment. ERK5 inhibitors have shown efficacy in different cell and tumor models, both as monotherapy and in combination with chemotherapy. However, the mechanism by which these inhibitors induce tumor cell death was unknown.

A research team from the Vall d’Hebron Research (VHIR) and the Universitat Autònoma de Barcelona (UAB), led by José Miguel Lizcano -affiliated with both institutions-, has uncover the mechanism by which ERK5 inhibitors cause cancer cell death.