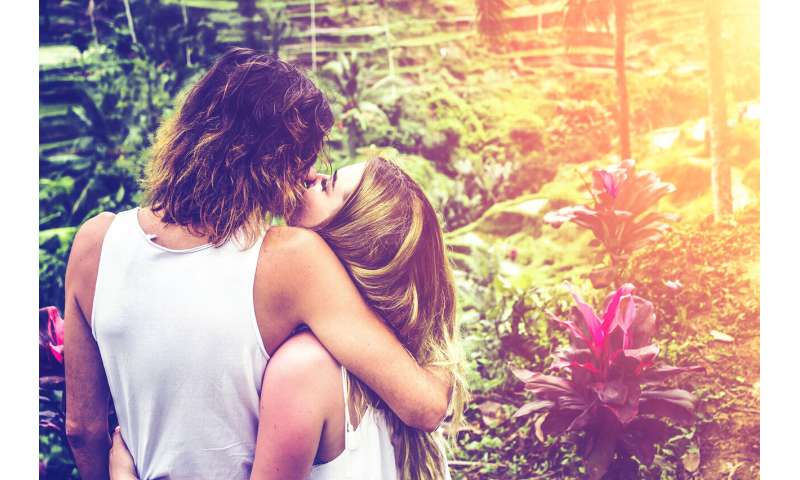 Studies have shown an association between adolescent girls’ access to abortion services to end an unplanned and unwanted pregnancy and subsequent educational attainment, avoidance of bad relationships and socioeconomic status.

Now, a first of its kind study by a team of University of Utah researchers shows the girls’ teenage male partners also have higher educational attainment if they avoid becoming a parent through the use of abortion.

Led by Bethany G. Everett, an assistant professor in the university’s Department of Sociology, the study provides insights into how male adolescents are “abortion beneficiaries”—a term used by Katie Watson in “Scarlet A: The Ethics, Law and Politics of Ordinary Abortion” to explore the social contracts at play and how abortions benefit individuals beyond the patient.

The study, published in the Journal of Adolescent Health, is timely given renewed efforts to limit access to abortion, Everett said.

“It is important that we recognize the stigma women who have abortions and abortion providers face, yet there are people—namely, their male partners—who reap the benefits of this emotional labor and about whom we never talk,” Everett said. “What we found is that women’s use of abortion during adolescence increases the likelihood that their male partners will graduate from college.”

The study comes as newly adopted state bans may be setting up a U.S. Supreme Court challenge to Roe v. Wade, the 1973 case that established a person’s constitutional right to end a pregnancy.

Alabama, for example, has approved a law that makes performing an abortion at any stage of pregnancy a felony punishable by 10 to 99 years in prison; abortion would be permitted only if a pregnant person’s life is at risk. Kentucky, Mississippi, Ohio and Georgia have adopted laws banning abortion once a fetal heartbeat is detected, which typically occurs around the sixth week of pregnancy; court challenges are pending in Mississippi and Ohio.

Everett said the study demonstrates important implications in restricting access to abortion services that may be neglected in current debates.

“One in four women will have an abortion by the time she is 45 years old, and in almost all cases there is a male partner,” Everett said. “Restricting access to abortion will not only negatively impact women, but has far reaching damaging effects for partners and families.”

In the U study, the researchers analyzed data on men who reported a pregnancy before the age of 20 that ended in either a live birth or an abortion from the National Longitudinal Study of Adolescent to Adult Health, collected in 1994. They then looked at follow-up data on college completion and income reported between 2007 and 2008 by the same group of men.

Of the men who reported a live birth, about a third completed any form of post-high school education and approximately 6 percent graduated from college.

“This could be driven by the fact that the men who have stable incomes are more likely to maintain a relationship with a partner and live with their children and have an extra push to be wage earners,” Everett said.

The men who live with their children also may experience a “fatherhood bump” from employers who see them as more reliable and employable because of their parenthood.