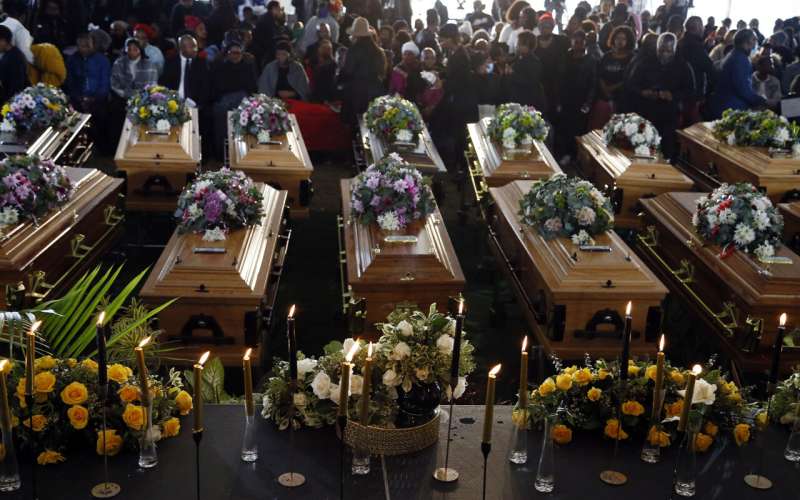 Methanol was found in the blood of the 21 teenagers who died last month in a bar in South Africa’s city of East London, according to a health official. Methanol—often called wood alcohol—is a toxic chemical and if ingested even small amounts of it can be fatal. Here’s a look at what is known.

WHAT HAPPENED IN SOUTH AFRICA?

The teenagers died at the Enyobeni tavern in East London’s Scenery Park township in the early hours of June 26, shocking the country and resulting in several investigations by the police and liquor license authorities. Many of the teens, ranging in age between 13 and 17, were found dead in the tavern, their bodies slumped across tables and couches and collapsed on the dance floor, according to officials. Final toxicology reports will show if the levels of methanol were fatal and South Africa’s police will determine whether anyone will face criminal charges for the 21 deaths, national police minister Bheki Cele has said.

WHY IS METHANOL SO POISONOUS?

Methanol is a colorless liquid used industrially in antifreeze and paint remover. It’s toxic to humans. Public health expert Professor Sue Goldstein, from the University of Witwatersrand in Johannesburg, warned that ingesting even small amounts of methanol can be lethal. Methanol is sometimes used in making illicit alcohol, she said.

“The one used in normal liquor is ethanol. There is a slight difference in name, but the difference is huge in that methanol is poison.

“These are early stages, but we don’t know if there was homemade alcohol there perhaps and the levels of methanol which were found in the people who died,” said Goldstein. Methanol can cause blindness and can cause brain and organ damage. Drinking even small amounts can lead to death, say experts. The toxic effects of methanol are often delayed so if poisoning is identified early an antidote can be given to reduce deaths. 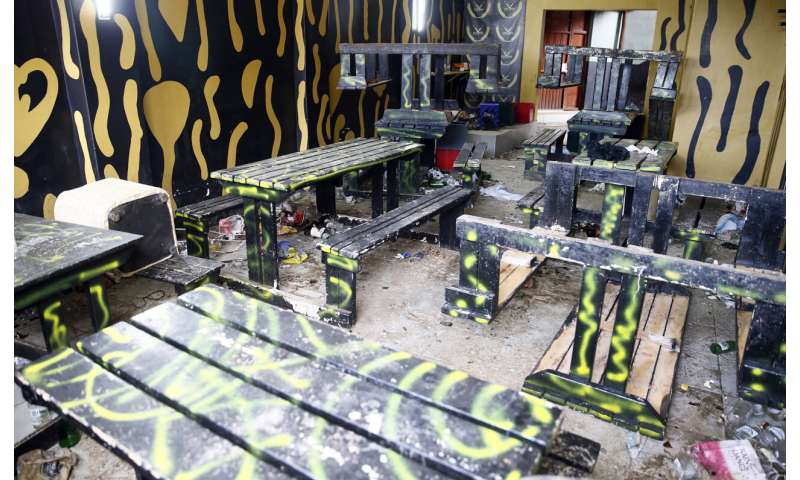 IS METHANOL BLAMED FOR OTHER DEATHS?

Yes. Because methanol is cheap it has been used in making illegal alcoholic drinks, sometimes called moonshine. Other incidents of suspected methanol poisoning in South Africa were in May and June 2020 during the COVID-19 lockdown when liquor sales were banned. Police reported that a man had died in the small town of Brakpan, far east of Johannesburg, from organ failure caused by homemade liquor bought from an illegal trader. Seven people died in the Western Cape province after consuming homemade alcohol which was laced with methanol, said police.

WHAT ABOUT OTHER COUNTRIES?

Outbreaks of methanol poisoning have occurred around the world. Even though consumption of methanol can easily be fatal, it accounts for less than 1% of all alcohol-related deaths, according to the World Health Organization. The medical charity, Doctors Without Borders, established a special Methanol Poisoning Initiative in 2012, to help create effective responses to outbreaks of methanol poisoning and to make an effective antidote more widely available.

ARE THERE OTHER INCIDENTS IN WHICH METHANOL HAS CAUSED MULTIPLE DEATHS?

In Iran in March 2020, methanol was included in an illegal remedy for COVID-19, resulting in the deaths of nearly 300 people, according to official reports. An Iranian doctor helping the country’s Health Ministry told The Associated Press at the time that the problem was even greater, giving a death toll of around 480 with 2,850 people sickened. Fake remedies spread across social media in Iran, where people were deeply suspicious of the government after it downplayed the COVID-19 crisis before the disease overwhelmed the country.

In the United States, four people died in Arizona and New Mexico in August 2020 after drinking hand sanitizer which had methanol in it. The U.S. Food and Drug Administration had earlier issued a warning about a Mexican-made hand sanitizer gel that was dangerous because it had large amounts of methanol. The FDA said the methanol “can be toxic when absorbed through the skin or ingested.”