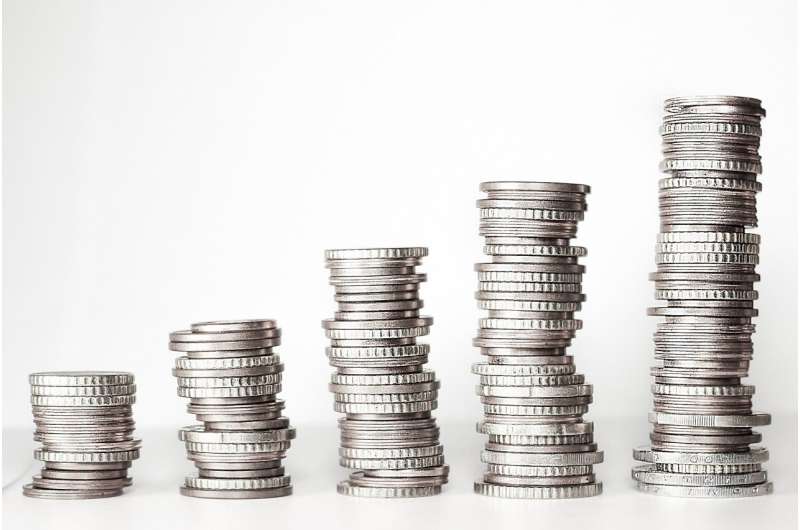 Increasing the minimum wage generally harms low-educated, low-income men’s health and improves women’s health in the same demographic categories, according to a University of Maine study.

Income-based health disparities have worsened over the last few decades in the United States, according to a sweeping 2019 study using data from the Centers for Disease Control and Prevention. People with lower levels of income generally experience higher rates of mortality, morbidity and risky health behaviors, as well as reduced access to health care.

Past studies have found that social and economic policies—like increasing the minimum wage, which has seen a surge in public and legislative attention in the United States—may improve health, especially among low-income populations. In 2019, 25 states and the District of Columbia increased their minimum wage, compared to just eight states in 2011. Several states have enacted laws to phase-in a $15 minimum wage over the next few years.

Although economists studying the minimum wage have historically focused on outcomes like employment and hours worked, a growing body of literature explores the relationship between the minimum wage and health. However, previous studies generally used data from the 1990s to 2014. As a result, little is known about the impact of minimum wages on health in the post-Great Recession era, even though a number of trends have intensified since the 2010s that may impact the relationship between income and health. For example, the Affordable Care Act expanded health coverage among low-income individuals and the “digital divide” narrowed (thus expanding access to health information), but economic mobility worsened and affordable housing grew scarcer.

A team of researchers from the University of Maine used 2011–19 data from the Behavioral Risk Factor Surveillance Survey, a large annual telephone survey in which respondents rate their general health on a five-point scale and report the number of days in the past month they experienced poor physical or mental health.

The researchers compared those measures to changes in the minimum wage. Using data from the University of Kentucky Center for Poverty Research and the U.S. Department of Labor, the study pinpointed 152 nominal increases to the effective minimum wage across the United States during the sample period.

“We’re excited to contribute to this important and fast-growing area of research. With so much interest in minimum wage policy at all levels of government, we hope our work can inform decision-making in a positive way. By using more recent data that better captures the current state of the economy, our study is a strong complement to the existing literature on this topic,” says Liam Sigaud, a recent graduate of the University of Maine’s master’s program in economics and lead author of the study.

The researchers put forward several explanations for the disparities between the health impacts of minimum wage increases on men and women. Women are more likely to be affected by changes in the minimum wage; they make up 65% of “low-wage” workers. Men and women in low-wage jobs also often have different stressors and hazards in the workplace. Among workers in jobs with median weekly earnings under $600, 4% of men and 11% of women work in health care support occupations, while 16% of men and 8% of women work in natural resources, construction and maintenance occupations.

“Although our study hints at possible pathways, there’s still a lot we don’t know about why higher minimum wages affect the health of men and women differently. It’s probably a complicated mix of factors related to family roles, occupational choices and behaviors that differ across genders. We hope future work can elucidate these mechanisms. As the data and quantitative tools to explore these questions constantly improve, we’re going to have better and better insights,” says Sigaud.

Though further studies are needed to tease out these nuances, this study contributes to a more up-to-date and holistic understanding of minimum wage policy. Comparisons with past studies reveal a shift in the relationship between the minimum wage and health over time. The results illustrate the need for policymakers to consider outcomes beyond employment when deciding whether a change in the minimum wage is appropriate. It’s also clear that minimum wage increases don’t affect everyone the same, which has important consequences for health and gender differences in society.