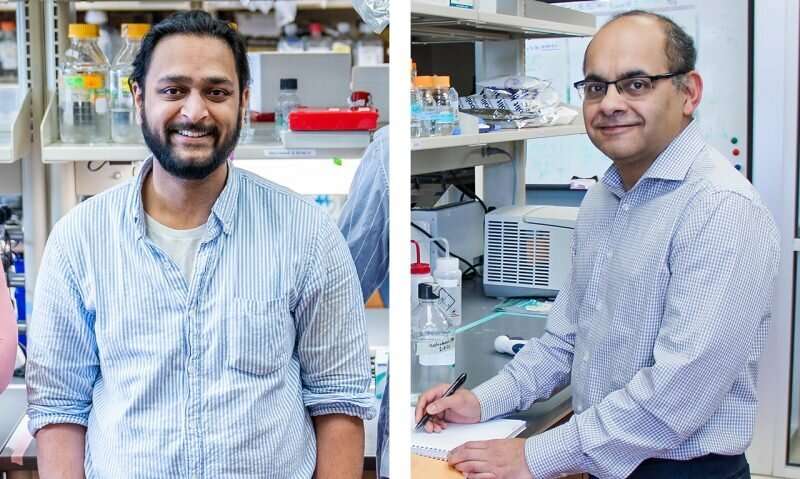 Virginia Tech scientists have revealed how a nonfunctioning version of an ordinary gene impairs brain structure and function. The findings help explain a genetic form of microcephaly—a condition where babies’ heads are small and grow more slowly than their peers.

The study, in the July print edition of Experimental Neurology, for the first time provides a global picture of the effects of the gene called CASK on the molecular activity within brain cells and the connections between brain cells.

CASK is found across the animal kingdom, including in worms, fruit flies, mice, and people, but dysfunctional variants of the CASK gene in children result in microcephaly with pontine and cerebellar hypoplasia, or impaired growth, which may contribute to intellectual disability, microcephaly, abnormal brain and optic nerve development, and seizures in girls.

The new research indicates that seizures are not a likely cause for the smaller brain size.

“There are drastic changes in brain development in these children, and whenever that happens, the prospect of seizures and cellular toxicity due to epileptic activity becomes a concern,” said Paras Patel, a student in Virginia Tech’s translational biology, medicine, and health graduate program and lead author on the published study.

“We developed and studied a ‘face-valid’ genetic animal model and determined that global electrical activity in the brain is not affected,” said Patel, who is also with the Fralin Biomedical Research Institute at VTC Center for Neurobiology Research, where he carries out his research with the mentorship of Konark Mukherjee, a primary faculty member and research team leader with the Fralin Biomedical Research Institute who leads perhaps the only research team in the world devoted to exploring CASK’s role in neurological disorders. “We confirmed that epilepsy is indeed of very low frequency, suggesting that it is not underlying the cellular death and abnormality in brain volume.”

The human CASK gene lies on the X chromosome and contains instructions for producing the CASK protein molecule, which is necessary for brain growth and function. Boys without a functional CASK gene develop a severe encephalopathy and may not survive. Girls with one mutated copy express this mutation in half of their cells and the non-mutated copy in the other half.

The scientists discovered abnormalities that would affect communication between brain cells, as well as molecular changes that affect processes cells use to make protein.

In addition, the findings point to an unexpected role for CASK in the regulation of energy production in cells, including the mitochondria, which are structures that convert nutrients into energy.

“Strikingly, significant numbers of molecular changes that we observed occur in proteins related to cellular energy production and other aspects of mitochondrial function,” said Mukherjee, the corresponding author on the manuscript. “The role for CASK at the mitochondria provides interesting future directions into how this function could explain diminished brain size and dysregulated function in cases of CASK mutation in humans.”