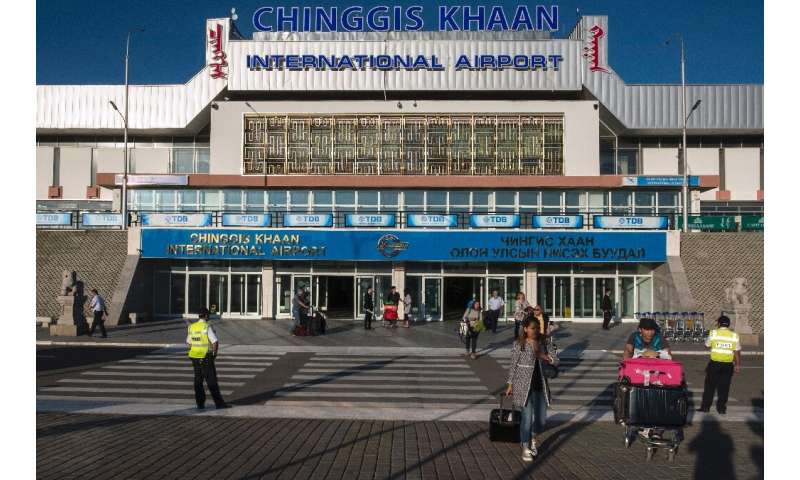 Mongolia on Tuesday barred anyone from entering or leaving its cities for six days and banned most international flights after the country reported its first coronavirus case—a Frenchman who arrived from Moscow.

The National Emergency Council suspended flights from Moscow and Istanbul, the main transit points for travellers from Europe, until March 29. It also stopped arrivals from Kazakhstan.

The country had already banned flights from South Korea and Japan, and the latest move effectively leaves Germany as the only way for people to fly to Mongolia from abroad.

Mongolia had already sealed its border with neighbouring China, the epicentre of the global epidemic, in an effort to keep the deadly virus out of the landlocked country of three million people.

“The capital Ulaanbaatar and all province centres are quarantined until March 16 to curb the outbreak,” Deputy Prime Minister Enkhtuvshin Ulziisaikhan said at a press conference.

The move means people are not allowed to enter or leave the capital or rural cities for almost a week, he said.

The government also closed all shops except those selling food, petrol and tyre services, and the National Emergency Council urged businesses to let employees work from home.

Mongolia is the latest country to enact tough measures to contain the epidemic.

China has locked down some 56 million people at the epicentre of the crisis in Hubei province and told millions more to stay home across the country.

Italy has imposed restrictions on the entire country.

More than 4,000 people have died and over 110,000 have been infected worldwide, with China accounting for most cases though infections are now growing at a faster pace abroad.

In Mongolia’s first case, the French national arrived on March 2 on a flight from Moscow, said Health Minister Davaajantsangiin Sarangerel.

The man, who works for a subsidiary of French nuclear firm Orano, was supposed to have remained in quarantine in his hotel for 14 days but ignored the rule, the minister said.

He also visited a uranium mining project in Dornogobi province.

But an Orano spokesman denied that the man had been told to go under quarantine when he landed in Mongolia as he only started showing symptoms five days after arriving in the country.