According to the Government data, there were 1,076 laboratory confirmed cases of monkeypox in the UK on June 26. However, the viral infection is also spreading globally, with the US recording 395 cases. The first American monkeypox patient to go public shared the areas where his tell-tale rash appeared.

Matt Ford, a self-employed actor who divides his time between Los Angeles and New York City, has spoken out to warn people that the disease should be taken “seriously”.

The first American to go public about the disease shared the locations in which he noticed red spots.

He explained that the rash was sometimes so “painful” that he needed to take painkillers to sleep.

From the face to “sensitive” areas, here’s Mr Ford’s experience with monkeypox rash. 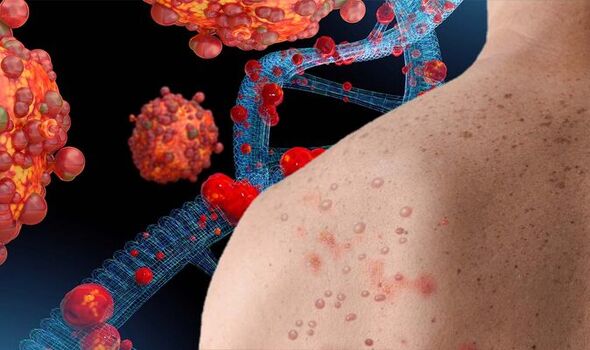 The actor explained that red spots appeared on his face, arms, hand, stomach and “sensitive” areas.

Speaking to Buzzfeed, he said he caught monkeypox after having “skin-to-skin contact” with another patient.

Mr Ford shared he noticed the spots in and around his “underwear zone” at first.

In the next few days, the rash spread across his body, reaching his face, arms, hands and abdomen.

In total, he found 25 spots and shared they began to “fill with puss” and became itchy.

Several of the spots became so painful they left him unable to sleep without pain relief.

Mr Ford said: “I think in total I counted 25 and there are also some in more sensitive areas which tend to be the most painful.

“They’re so painful that I had to go to my doctor to get painkillers just to be able to sleep, like really f****** painful.” 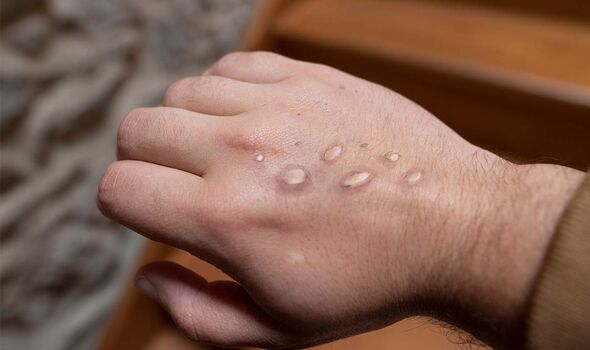 Currently, Mr Ford is isolating at home with most of his symptoms easing.

According to the NHS, the “first” monkeypox symptoms can include:

It usually takes between five to 21 days for the first symptoms to appear after being infected. 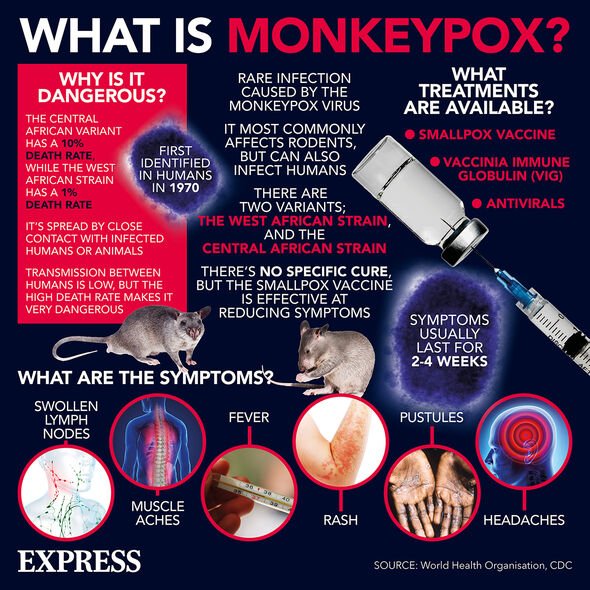 When it comes to the characteristic rash, this sign tends to crop up within one to five days of the initial symptoms.

The health service notes that the rash can begin on your face, later spreading to other parts of your body.

“It starts as raised spots, which turn into small blisters filled with fluid. These blisters eventually form scabs which later fall off,” the NHS explains.

The health service recommends contacting a sexual health clinic if you have a rash and you’ve been in close contact with someone with monkeypox or if you’ve recently been to west or central Africa.

It also recommends staying at home and avoiding close contact with others.