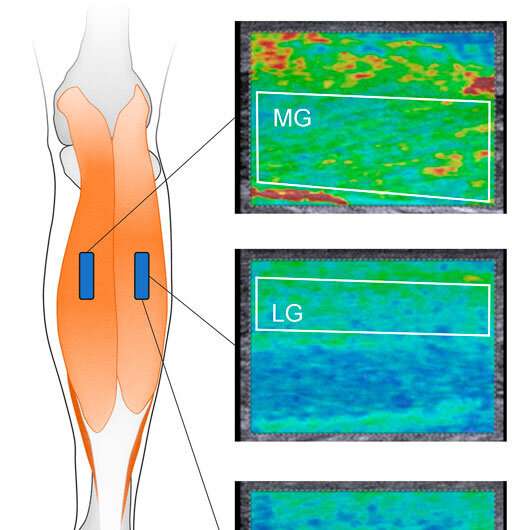 Joint flexibility is an important measure of physical fitness in humans, especially when it comes to determining athletic performance. It is responsible for protecting the muscle-tendon unit under stressful conditions by resisting external forces for long periods of time and ensuring a wider range of motion (RoM) of the joints.

To address this knowledge gap, a research team comprising Professor Ryota Akagi from Shibaura Institute of Technology and Dr. Kosuke Hirata from the Faculty of Sport Sciences at Waseda University, both in Japan, studied the age-related association between stiffness in triceps surae and passive stiffness of the ankle joint. Their study was published in the journal Frontiers in Physiology on Sept. 5, 2022.

“Understanding this association can help improve joint flexibility, improve athletic performance, reduce the risk of injuries during sports and/or daily living activities, and improve the overall quality of life in older people,” say Dr. Akagi and Dr. Hirata, explaining the motivation behind the study.

To achieve this, a study population of 40 young (21–24 years) and old (62–83 years) adult males were recruited. The ultrasound shear-wave elastography technique was employed to measure the muscle shear modulus (which is indicative of muscle stiffness) of the muscles comprising the triceps surae, namely the medial [MG], lateral gastrocnemius [LG], and soleus [Sol] muscles. The values were recorded for each subject with their knees fully extended at the ankle neutral position (NP) and the 15° dorsiflexed position (DF15) where the ankle is bent towards the body.

The passive stiffness of the ankle joint was estimated from the slope of the curve formed by passive torque-joint angle (resulting from passive/involuntary ankle dorsiflexion) for NP and DF15 and then normalized by the body mass. To assess muscular relaxation during joint stiffness measurement, the electromyographic (EMG) activity for MG, LG, and Sol of the triceps surae was recorded. A statistical analysis of the data was then performed to establish the link between absolute, normalized ankle joint stiffness, and muscle shear modulus.

The researchers found that there was no age-related influence on passive joint stiffness. However, the muscle shear modulus of the triceps surae was notably higher at the NP in the young group compared to the older group. On the other hand, no significant difference was recorded between these groups at DF15.

These results support the team’s hypothesis that joint stiffness results from a combination of mechanical resistance of several tissues that cross the ankle joint. The researchers, thus, suggest that manipulating the mechanical properties of the triceps surae through exercises that relieve its stiffness can positively influence ankle joint flexibility.