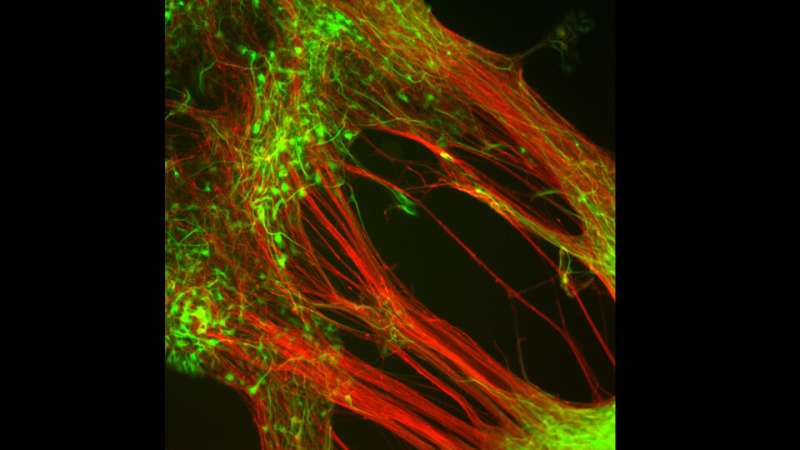 At the end of October 2022, the Swedish Medical Products Agency gave the go-ahead for a clinical trial of the stem cell-based therapy STEM-PD for the treatment of Parkinson’s disease.

The cells, generated from embryonic stem cells, have been in development for several years and will now be transplanted into patients with Parkinson’s to replace nerve cells lost due to the disease.

The clinical trial, currently in its early stages, will transplant new dopamine-producing neurons into the brains of patients with Parkinson’s disease. The purpose is to replace the specific nerve cells which are lost due to the disorder. The entire project, from the experimental findings to the clinical trial, has been led by researchers at Lund University. The clinical study is being conducted with Skåne University Hospital as the sponsor and host of transplantations.

The original stem cells come from a leftover fertilized egg, i.e. an embryo, from in vitro fertilization (IVF). The egg has been extracted and fertilized outside the body. Within a few days after fertilization, the egg has divided into a few hundred cells to become a blastocyst, which is the very earliest stage of embryo development.

In vitro fertilization procedures may often result in surplus embryos in the freezer, after the fertility treatment has ended. The donors may in such case choose to either donate the leftover embryos to research or to have them destroyed.

“Provided there is informed consent from both donors, leftover embryos can be used to extract stem cells. The cells can then be grown in the laboratory and used for research and treatment,” explains Agnete Kirkeby, a stem cell researcher at Lund University who has led the preclinical development of the STEM-PD product.

The cells used to produce the stem cell-based therapy STEM-PD originate from a donated leftover IVF embryo that was used to establish a stem cell line in Scotland in 2011. These stem cells can expand infinitely and can also become any cell in the body. Researchers therefore need to guide the cells along the right path in the laboratory to become exactly the type of dopamine-producing cell that will be used to replace those in the patient with Parkinson’s disease.

There are many thousands of different types of neurons in the brain. The researchers at Lund University have figured out exactly which growth factors and signals to feed the stem cells in order for them to develop into the right kind of cells.

“It’s a very delicate process. The cells are grown for 16 days in the laboratory before maturing into the type we want,” says Agnete Kirkeby.

A fully mature neuron cannot be transplanted because it disintegrates easily. Instead, researchers use a precursor to these neurons.

“The cells we transplant are early-stage neurons that are in the process of developing into dopamine cells, but that have not fully matured. After the cells are transplanted into the patient’s brain, we expect them to mature, send out long nerve fibers and start producing dopamine, as we have seen them do in our preclinical studies,” says Agnete Kirkeby.

This is based on years of studies testing the cells in different animal models. The cells to be used in the clinical trial have been manufactured according to Good Manufacturing Practices at the Royal Free Hospital in London and have undergone extensive laboratory testing.

Researchers are now looking at whether transplanted dopamine-forming neurons survive in the brains of patients, and whether they can replace the function of nerve cells lost in patients with Parkinson’s disease in the long term.

“We are pleased that the clinical trial is now underway and are hopeful that our research will eventually help to reduce the suffering of patients affected by Parkinson’s disease. There is extensive international collaboration behind the whole project, which has been going on for over a decade,” says Malin Parmar, professor of Developmental and Regenerative Neurobiology at Lund University, who leads the STEM-PD team in close collaboration with colleagues at Lund University, Skåne University Hospital, the University of Cambridge, Cambridge University Hospitals NHS Foundation Trust (CUH), Imperial College in London and in a product development partnership also with the pharmaceutical company Novo Nordisk.