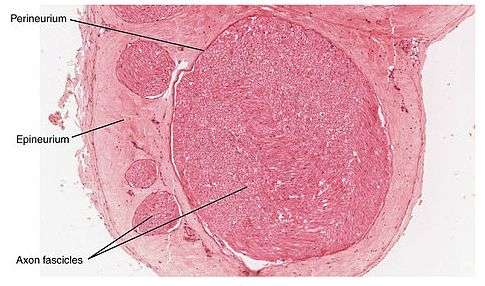 At Brandon Noblitt’s first appointment with Washington University surgeon Amy Moore, MD, a year ago, he was barely able to walk, mostly using a wheelchair to get around. Only 6 years old at the time, Brandon had come down with a cold. A week later, he was unable to move his right arm and leg.

“One Saturday I woke up and tried to get out of bed but just collapsed,” Brandon said. “I realized something was seriously wrong.”

Brandon was diagnosed with a rare yet frightening disease known as acute flaccid myelitis (AFM) that is causing paralysis in children around the country.

Researchers believe the condition may be caused by a common enterovirus that leads to a respiratory infection. In some cases, the virus also may attack the spinal cord, paralyzing the upper and/or lower extremities and possibly even compromising a child’s ability to breathe.

In 2018, there were 201 confirmed cases in the U.S., according to the Centers for Disease Control and Prevention. Thankfully, a child still only has a one in a million chance of being affected.

Brandon, who lives in Greenville, S.C., was referred to surgeons at Shriners Hospitals for Children – Philadelphia. They performed nerve transfer surgery to improve function in his arm.

The procedure involves transferring nearby functioning nerves to the paralyzed area, supplying new nerve signals to the damaged area, potentially restoring function. Recovery is slow and requires a significant amount of physical therapy.

For his leg, though, Shriner’s doctors referred Brandon to Moore, an associate professor of surgery at Washington University School of Medicine in St. Louis. She and colleague Thomas Tung, MD, a professor of surgery, had been performing similar nerve transfers in the lower extremities of patients who had suffered injuries from trauma such as car accidents or gunshot wounds.

“As a peripheral nerve surgeon, I perform nerve transfers all over the body to restore function,” Moore said. “But my recent focus has been on the lower extremities.

“My colleagues in Philadelphia had been treating patients with AFM for the upper extremities and thought of me and my expertise with nerve transfers in the lower extremities as someone who could help these patients restore function.”

Moore, who works in the Division of Plastic and Reconstructive Surgery, now has performed nerve transfer surgery on 12 children affected by AFM.

She and Tung performed the procedure on Brandon to stabilize his hip. AFM was preventing him from standing and walking, so Moore transferred an extra nerve from the area that controls the movement to the toes to the area key to allowing his hip muscle to activate. She also moved extra nerves from his abdomen to his leg so it could once again straighten.

“There’s a window where function can come back,” said Moore, noting that nerves grow back very slowly – a millimeter a day, an inch a month, and a foot and a half a year. “We hope within 18 months the muscle is moving again.”

Most of the nerve transfer surgeries Moore has performed in children with AFM occurred in the last year, so she is awaiting results for many. Others, like Brandon, already have demonstrated significant improvements. “Children who had no motion can now bend an elbow or a leg,” Moore said.

At Brandon’s follow-up visit a year after his surgery, he was no longer in a wheelchair. “Brandon walking is new, and that’s really incredible and a tribute to him, his effort and his family,” Moore said.