Neurogenesis is the mechanism whereby neurons are developed within the nervous system. It involves the formation of highly specialized neurons within the brain, both in fetal and adult growth. 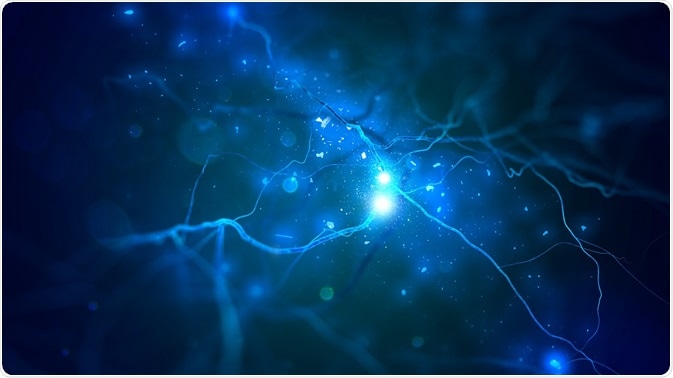 Tight regulation of this process is required to ensure that each neuron differentiates into a specific sub-category. For example, within the hippocampus there are over 27 distinct classes of neuron, each with a different and equally vital role.

When neurons develop within embryos, the neural stem cells differentiate in a highly controlled manner. This process starts when the ectoderm forms a neural plate, which is subsequently arranged to form a neural groove, and then fused to form a neural tube and crest.

This forms the basis of the nervous system, including the brain and the spinal cord. Neural stem cells are located within the ventricular zone, where they divide to form the ventricular system of the brain.

Once the nervous system is fully formed, neurogenesis only occurs due to stimuli. Upon stimulation, stem cells within the subventricular and subgranular zones begin to proliferate to form neuroblasts, eventually maturing into neurons.

These stem cells are usually maintained in a quiescent state within their niche, and are only activated upon the interaction with intrinsic or niche-derived stimuli. Once activated, they proliferate to form transit-amplifying cell, which develop into immature neurons. Further development results in the formation of new mature neurons, which can integrate into the pre-established neuronal system.

Within the subgranular zone, called dentate gyrus, the developing cells are differentiated to form excitatory granule cells. Alternately, within the subventricular zones, neural progenitor cells migrate via the rostral migratory stream (RMS) to the olfactory bulb, where they differentiate further into many types of highly specialised neuron. Therefore, even though neural stem cells are only located in two areas, they can still differentiate to form many varieties of neuron.

Neurogenesis is tightly controlled, to ensure correct levels of activation. Both intrinsic and niche-derived factors are involved in this process, including Sox2, NeuroD1, Pax6, and many other factors. There are also epigenetic factors which are utilized in the control of neurogenesis, as well as cytokines, morphogens, neurotransmitters and growth factors. These include brain-derived neurotrophic factor (BDNF), epidermal growth factor (EGF), Wingless (Wnt) and Sonic hedgehog (Shh).

It is very important that this process is controlled to maintain a healthy population of quiescent stem cells. Each stem cell can only proliferate a certain number of times due to the “Hayflick limit”, and therefore uncontrolled proliferation can lead to loss of stem cell populations and premature aging.

Why is neurogenesis required in adults?

The ability of the nervous system to form new neurons is due to plasticity, which is important in both memory and learning. A balance between both stability and adaptability within the brain is the key to enable us to both remember things we have previously learnt and to learn new things.

Neurodegeneration is a natural process which occurs in adult brains, particularly at older age, in which neurons are broken down. Therefore, neurogenesis is used to counteract this problem, by generating new neurons to replace older ones.

This balance can be enhanced by many different factors, including increased neurogenesis due to more physical activity, engaging environments, and education. However, neurogenesis can also be impeded due to stress, inflammation, age and alcoholism.

Alterations have also been attributed to several diseases, such as depression and epilepsy, highlighting the importance of a highly controlled balance between neurogenesis and neurodegeneration.

Hannah is a medical and life sciences writer with a Master of Science (M.Sc.) degree from Lancaster University, UK. Before becoming a writer, Hannah's research focussed on the discovery of biomarkers for Alzheimer's and Parkinson's disease. She also worked to further elucidate the biological pathways involved in these diseases. Outside of her work, Hannah enjoys swimming, taking her dog for a walk and travelling the world.