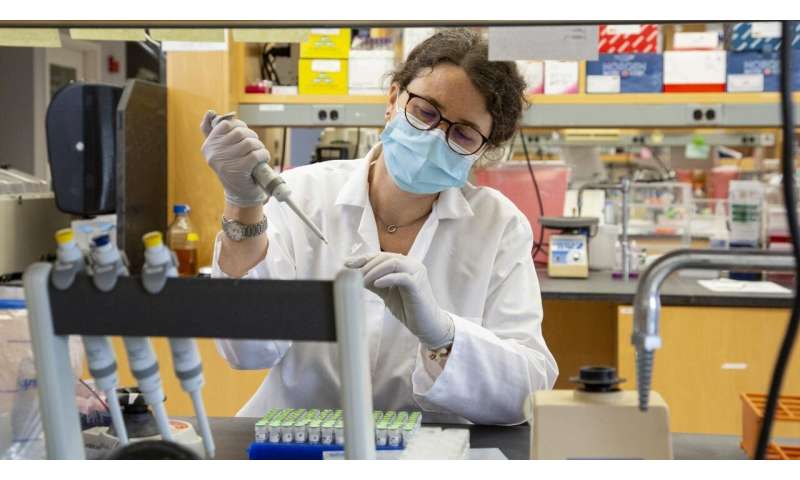 Fear and fear extinction learning (the gradual reduction of fear by repeated exposure to the feared object) are adaptive processes caused by molecular changes in specific brain circuits, and they’re perturbed in conditions such as anxiety and post-traumatic stress disorder. A new study by investigators at McLean Hospital and Massachusetts General Hospital reveals that the expression of a particular gene may function as a switch to regulate feelings of fear and its extinction. The findings point to a potential new target for diagnosing, treating, and preventing fear-related psychiatric illnesses.

The research, which is published in Nature Communications, focuses on neurons in the central amygdala that produce a corticotropin-releasing hormone (Crh) and are involved in the brain’s response to threats. The scientists examined how different gene pathways are activated within Crh neurons after the expression or extinction of fear.

“This precise analysis utilized a new cell-type-specific technology called translating ribosome affinity purification, or TRAP, to identify gene expression only within the Crh amygdala cells,” said co-senior author Nikolaos P. Daskalakis, MD, Ph.D., who is the director of the Neurogenomics and Translational Bioinformatics Laboratory at McLean Hospital. “The results showed that diverse gene networks are activated or inhibited by fear versus extinction learning.”

“CREB is well known to be involved in learning and memory, and these data suggest that it may act as a molecular switch that regulates expression of fear and its extinction,” said co-senior author Kerry J. Ressler, MD, Ph.D., McLean’s chief scientific officer, McLean’s chief of the Center of Excellence in Depression and Anxiety Disorders, and co-director of the Silvio O. Conte Center for Stress Peptide Advanced Research, Education & Dissemination (SPARED) at McLean Hospital.

Targeting CREB expression in Crh neurons in the brain’s amygdala may provide a better understanding of the mechanisms behind fear-based psychiatric illnesses and represent a promising treatment strategy.