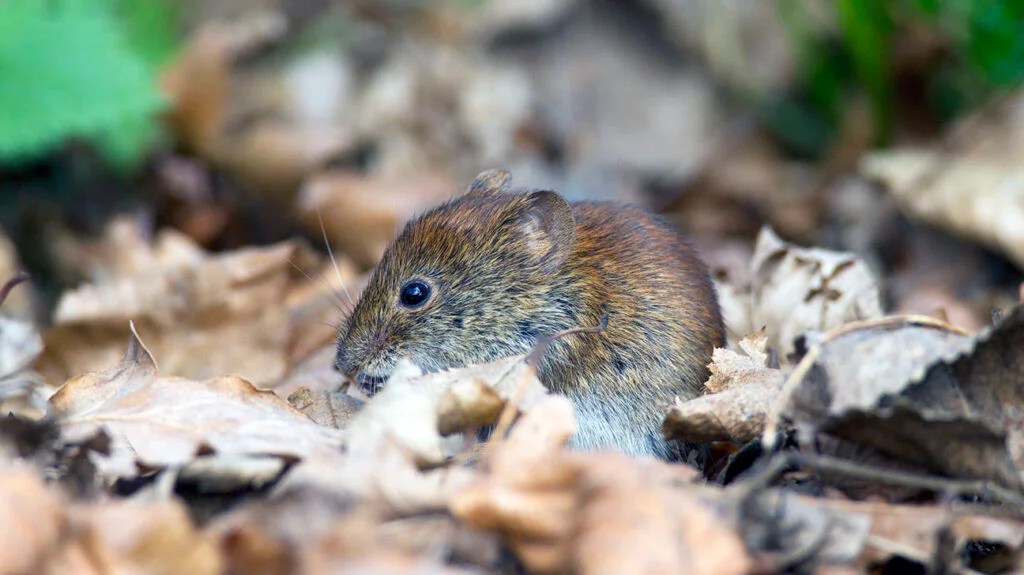 Researchers from the Zoonosis Science Center of Uppsala University in Sweden have detected a previously unknown coronavirus in a group of bank voles from Grimsö, west of Stockholm, Sweden.

In a study announcing the discovery, its authors explain that about 3.4% of the voles sampled and tested for viruses have what the researchers have named the “Grimsö virus.”

They were first sampled in 2015 but authors suspect the virus has been present in the population of voles for longer.

RNA sequencing revealed that the Grimsö virus belongs to the same family of betacoronaviruses as SARS-CoV-2, SARS-CoV, and MERS-CoV. SARS-CoV-2, the virus causing COVID-19, likely jumped from bats to humans, though its origin remains unconfirmed.

Past seasonal coronaviruses HCoV-OC43 and HCoV-HKU1 also likely jumped from rodents, such as mice, rats, and voles to humans, and in the case of HCoV-OC43, to cattle as well. Neither caused serious illness.

Prof. Dong-Yan Jin, who teaches molecular virology and oncology at the University of Hong Kong, and who was not involved in the study, told Medical News Today:

“Surveillance and close monitoring are required for some of them, but we don’t need to panic or over-worry,” he added.

Heather Wells, Ph.D. student and member of the Anthony Lab investigating zoonotic viruses at the University of California, Davis, who was also not involved in the study, agreed.

“I would not say this virus is cause for alarm, as there is no evidence that the virus could infect humans, and it is not closely related to [other] embecoviruses known to cause human disease, like HKU1. That said, there is also not enough evidence to say with 100% certainty that it cannot infect humans, even if it is highly unlikely,” she told us.

The study appears in MDPI.

According to Dr. Jin: “Cross-species transmission is rare. In most cases there are species barriers. Not every virus can jump between species. Many have high species specificity.”

“Even if cross-species jumping occurs, multiple events might be needed for the virus to adapt to humans,” he noted.

One concern the authors of the study raise is the physical proximity the voles have to human populations, a closeness that is only growing due to ongoing habitat destruction. Bank voles are among the most common in Europe, and shelter in human-made structures, increasing the likelihood of contact.

Nonetheless, Wells said, “[j]ust because humans and voles live near one another does not necessarily mean there are viable routes of transmission between them.”

“People would have to physically come into contact with the voles or their excrement,” she noted, “such as with urine and feces, or with saliva-contaminated food. Voles are not as adaptable to urban environments as other rodents such as rats and mice, so exposure risk for humans is probably low.”

Wells added: “The great news about this is that the potential for the virus leaping to humans can be controlled through effective prevention methods. More information about the ecology of the voles would be valuable in determining where human-vole contact would be most likely, if any, and focusing preventative measures at those points.”

Using RNA sequencing, the researchers involved in this study discovered that the voles were carrying two distinct strains of the Grimsö virus.

The authors write that “[t]his observation suggests that either multiple strains of Grimsö-like viruses are co-circulating in bank voles in Grimsö or that these viruses are transmitted regularly to bank voles from other species.”

It is also possible, they say, that the variants simply reflect an ever-changing population of voles in Grimsö.

MNT asked Wells if there was some change in the behavior of the virus in the vole community that might sound the alarm for humans. She replied:

“I don’t think changing activity of the virus within the vole population would be a cause for concern. Higher rates of prevalence within the population could mean higher opportunity for humans to contact an infected vole, but effective prevention measures to limit contact with voles would negate this increase in opportunity.”

Dr. Jin noted that the history of zoonotic viruses supports the notion that we should not be overly concerned about the Grimsö virus.

“We don’t know all the determinants for cross-species transmission. However, the viruses should be there for ages. If they do not infect humans, they might never be able to do so,” he told us.

“In past examples for zoonotic transmission of viruses such as HIV and SARS-CoV,” Dr. Jin added, “routes of transmission include petting and butchering. For HIV, more than ten cross-species transmission events were found in hunters of non-human primates, only one or two ended up with sustainable human-to-human transmission giving rise to HIV-1 and HIV-2.”