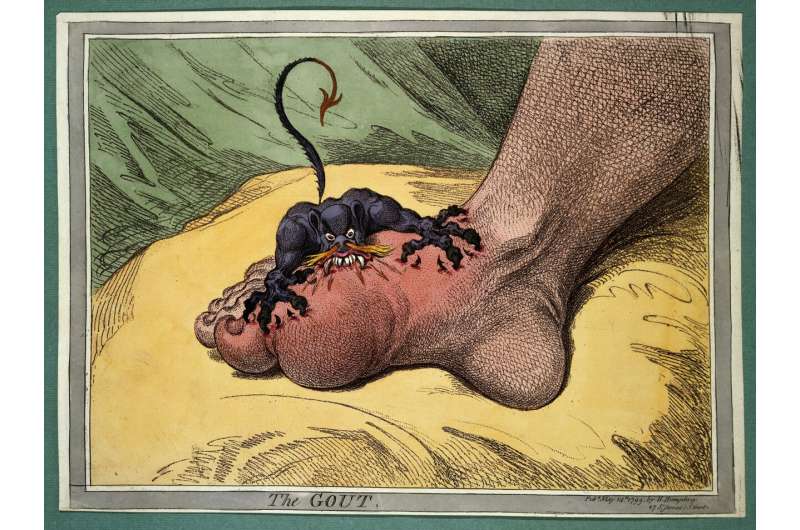 Many Americans think of gout as a disease from a bygone era, akin to rickets or scurvy. The condition commonly afflicted the rich and royal, including American historical figures such as Benjamin Franklin and Thomas Jefferson.

Gout is indeed one of the earliest known diseases, first identified by the ancient Egyptians around 2640 BC. But the disease is more prevalent now than ever, affecting more than 10 million people in the United States or approximately 5 percent of the adult population.

Gout is the most common form of inflammatory arthritis, in which urate (a byproduct of purine-rich foods like meat and alcohol) builds up in the body and forms needle-shaped crystals in and around the joints, usually starting in the foot. The crystal deposits lead to flares of severe pain, joint swelling and tenderness, and can progress to chronic joint damage that limits patients’ movement and quality of life.

Excess urate circulating in the blood (known as hyperuricemia) has long been considered the major cause of gout, but counterintuitively, most people with high urate levels do not actually develop the disease. In fact, asymptomatic hyperuricemia is approximately four times more prevalent than gout. Gout patients also show mysteriously higher levels of urate in their joint fluid compared to their blood. Thus hyperuricemia must not be the only thing stimulating urate crystal deposition in the joints. So what else could be causing the disease?

In a new study published online on December 1, 2022 in Arthritis & Rheumatology, an international research team led by University of California San Diego School of Medicine identified a novel molecular pathway that causes gout and its progression to joint tissue erosion. The findings position lubricin, a protein found in joint fluid, as a novel therapeutic target for both the prevention and treatment of the disease. 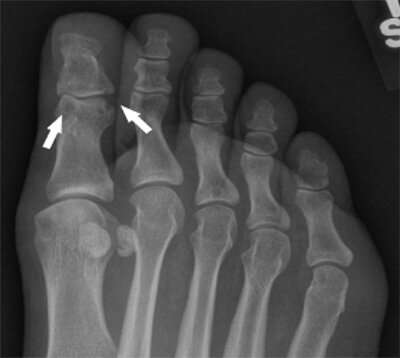 The scientists were interested in exploring the genetic factors that lead not to high levels of circulating urate, but specifically to urate production and crystal deposition within joints. To do this, they studied a rare case of gout in which the patient had developed urate crystal deposits and erosion in her joints but did not show high levels of urate in her blood.

“This naturally occurring and extremely unusual disorder provided a unique opportunity to look at gouty arthritis through a different lens, and understand what molecular processes contribute to the disease independent of hyperuricemia,” said senior author Robert Terkeltaub, MD, professor at UC San Diego School of Medicine and section chief of Rheumatology at the Veterans Affairs San Diego Healthcare System.

Using whole genome sequencing, RNA-sequencing and quantitative proteomic methods, the researchers were able to identify a major molecular pathway that was disrupted in the patient, centering on a significant reduction in lubricin. The mucinous protein provides essential lubrication and protection to joint tissues, and regulates the function of a specific type of white blood cell that promotes inflammation in the joint.

Additional experiments confirmed that under healthy conditions, lubricin suppresses the secretion of urate and xanthine oxidase (an enzyme that produces urate) by activated white blood cells, and also blocks urate from crystallizing in the joint. The researchers then assessed several patients with the common form of gout and confirmed that they too had markedly decreased levels of lubricin.

The authors suggest that whether or not a hyperacemia patient goes on to develop gout may thus be influenced by which gene variants they have for lubricin and other molecules that control its production or degradation in the joint.