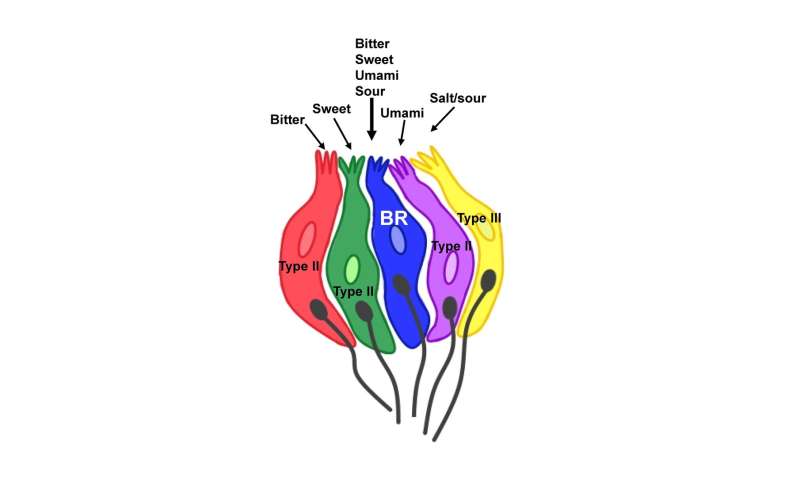 Our mouths may be home to a newly discovered set of multi-tasking taste cells that—unlike most known taste cells, which detect individual tastes—are capable of detecting sour, sweet, bitter and umami stimuli. A research team led by Kathryn Medler at the University at Buffalo reports this discovery in a study published 13th August in PLOS Genetics.

Taste buds in the mouth are critical to our survival and help us to decide whether a food is a good source of nutrients or a potential poison. Taste buds employ three types of taste cells: Type I cells acts as support cells; Type II cells detect bitter, sweet and umami tastes; and Type III cells detect sour and salty flavors. To better understand how taste cells detect and signal the presence of different tastes, the researchers used an engineered mouse model to investigate the signaling pathways that the animals use to relay taste information to the brain. They discovered a previously unknown subset of Type III cells that were “broadly responsive” and could announce sour stimuli using one signaling pathway, and sweet, bitter and umami stimuli using another.

The idea that mammals might possess broadly responsive taste cells has been put forth by multiple lab groups, but previously, no one had isolated and identified these cells. The researchers suspect that broadly responsive cells make a significant contribution to our ability to taste. Their discovery provides new insight into how taste information is sent to the brain for processing, and suggests that taste buds are far more complex than we currently appreciate.