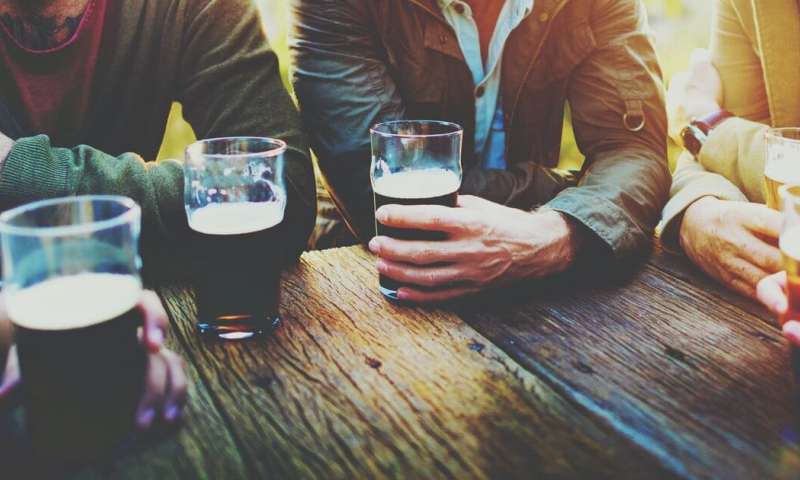 The National Health and Medical Research Council (NHMRC) has today released new guidelines to reduce health risks from drinking alcohol. Under the new recommendations, healthy adults should drink no more than ten standard drinks a week, and no more than four on any one day.

I’m chair of the Alcohol Working Committee that for the past four years has worked on revising the Australian drinking guidelines.

These replace the previous version published in 2009, and come at the end of a year upended by a pandemic, and just before the festive season. That might sound like a curious time to release the alcohol guidelines, but it actually makes sense.

During the pandemic, some people have been drinking less because they are going less often to pubs. Others are drinking more at home. Of these, some have turned to drinking for stress relief and run into major strife with it.

But these guidelines are not just for the pandemic year. They are to help all Australians make informed decisions about how much they drink, at any time.

Alcohol contributes to a major health burden in Australia. Harms related to drinking result in more than 4,000 deaths and 70,000 hospital admissions every year.

Alcohol is a key cause of injuries, including road trauma, falls, burns, violence and self-harm. It contributes to drownings and other short-term harms. But much of the damage alcohol causes is less visible, and less immediate. 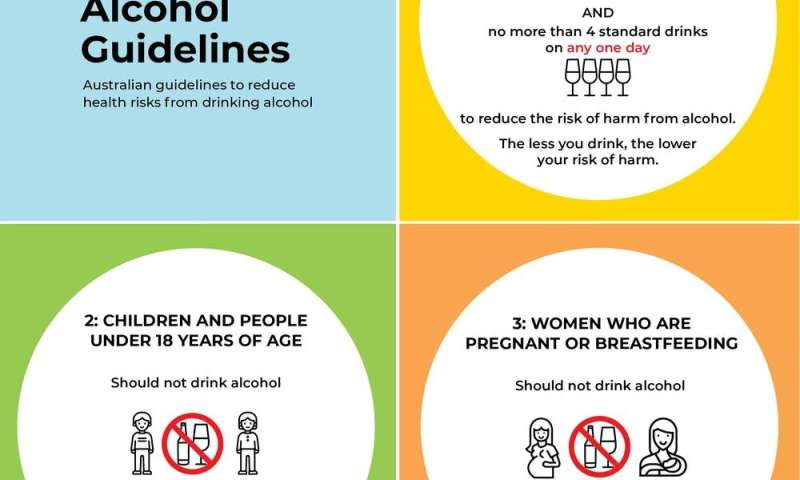 In the past decade, international research has shown even low levels of consumption are linked with an increase in several common cancers, including those of the breast and bowel. And we’ve known for a long time that alcohol consumption can contribute to high blood pressure, liver disease and many other conditions. The risk increases as more alcohol is consumed.

So, in line with its mission to provide robust evidence-based health advice, NHMRC has now released a set of three guidelines so Australians can make informed decisions about their health.

What do the new guidelines say?

The first guideline recommends healthy adult men and women consume no more than 10 standard drinks a week, and no more than four on any given day.

The less you drink, the lower your risk. If this advice is followed, there is a less than one in 100 chance of dying from an alcohol-related condition across your lifetime. 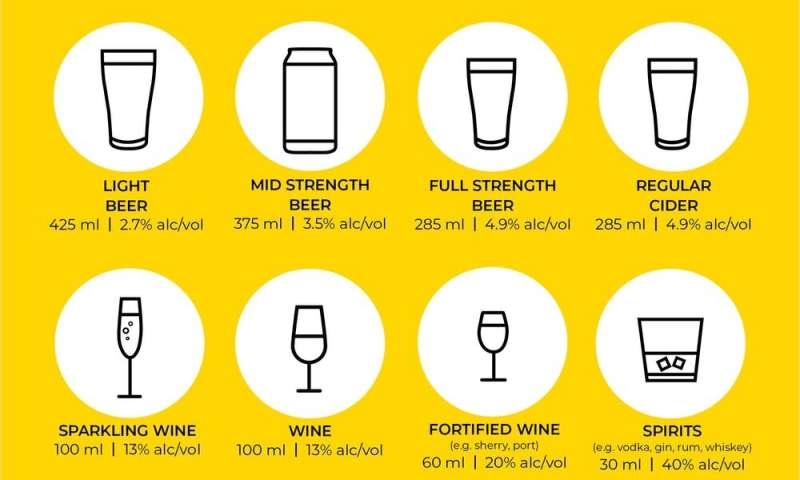 Guidelines two and three concern people under the age of 18, and women who are pregnant, trying to become pregnant, or breastfeeding. In all these cases, the recommendation is to drink no alcohol at all.

The guidelines were developed by a group of 14 health experts, including clinicians, public health professionals, researchers, and consumer representatives.

But doesn’t light drinking have a protective effect? The jury is out

After a thorough review of research evidence, NHMRC’s Alcohol Working Committee released draft guidelines for public consultation in December 2019. We received many responses, some asserting the guidelines didn’t go far enough, and others claiming they went too far.

Some studies mentioned suggested a possible protective effect of low-level consumption of alcohol, in particular against coronary heart disease. 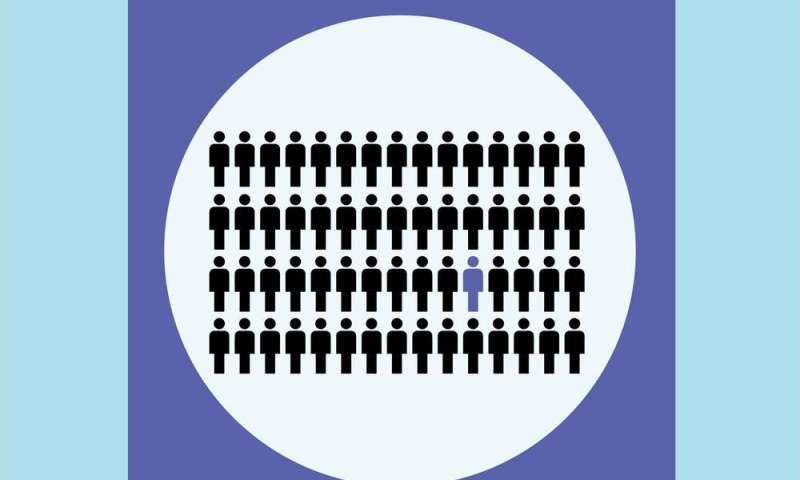 These issues were scrutinized by our committee. The evidence for a protective effect has been challenged by research in recent years. Some researchers dispute its existence.