The number of measles cases in the U.S. continues to climb, with 60 new cases reported since last week, breaking recent records.

In their weekly update of the ongoing outbreaks, the Centers for Disease Control and Prevention reported that there have been 764 individual cases of measles reported in the U.S. this year.

The number of states impacted by the outbreaks has increased from 22 to 23, as Pennsylvania now has at least one reported case of measles. 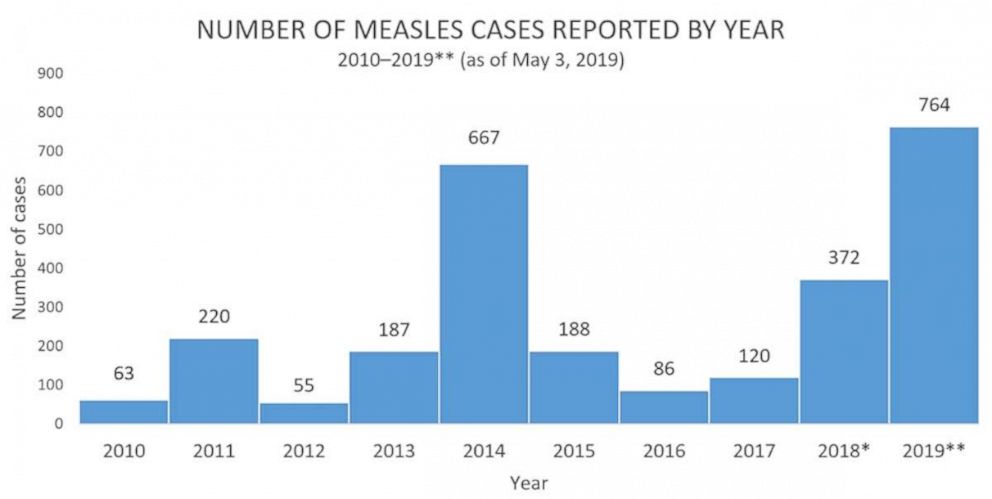 The new number of measles cases reported Monday means that so far this year, there have been nearly 100 more cases than there were in all of 2014.

This is a breaking news story. Please check back for updates.