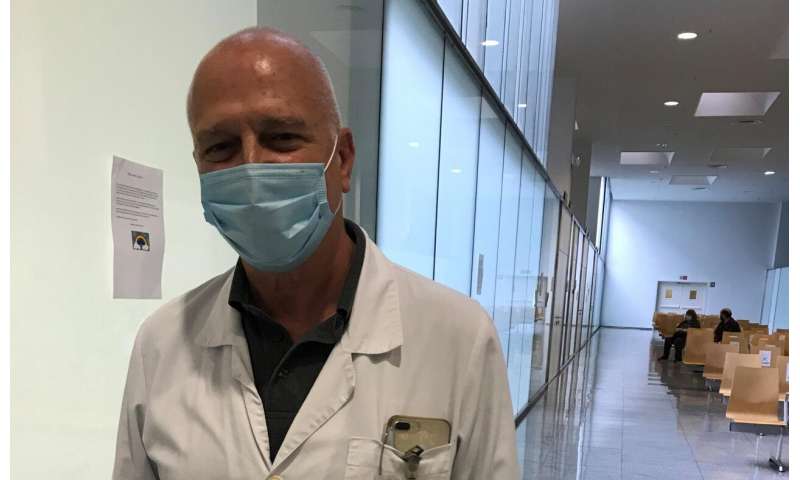 Coronavirus has infected more than 40 million people around the world and has caused more than a million deaths in less than a year. Moreover, it is still not clear why some people who contract the virus show no symptoms whereas others may die or suffer very severe consequences. Although age, illnesses and previous treatments can be used to give a prognosis in some cases, it is still not possible to state for certain how each case of coronavirus will evolve. One of the treatments that have been discussed in regard to their role in the evolution of COVID-19 has been statins. These drugs help to reduce cholesterol in the blood and thus prevent cardiovascular diseases. They are currently taken by one in four people and are the most widely used medicine among the general public. Now, research by the Universitat Rovira i Virgili (URV) and Pere Virgili Institut (IISPV) led by Lluís Masana has found that people who are being treated with statins have a 22% to 25% lower risk of dying from COVID-19. The research results have been published in the European Heart Journal—Cardiovascular Pharmacotherapy.

The study was carried out through the Network of Lipid and Arteriosclerosis Units of Catalonia and collected information from 2,159 patients infected with SARS-COv-2 from 19 hospitals in Catalonia during the first wave of the pandemic from March to May. The researchers evaluated one hundred clinical variables per patient such as age, sex, previous illnesses, cholesterol levels, evolution of the virus, treatments used for COVID-19, and so on. The researchers then compared death rates of patients being treated with statins with death rates among those who were not and they also analyzed the effect of withdrawing statins when the patient was admitted to hospital.

“In our comparison, we adjusted the groups so that they were comparable in terms of age, sex and the existence of earlier illnesses,” explained Masana, who has coordinated the study from the Lipid and Arteriosclerosis Research Unit at the URV’s Department of Medicine and Surgery, which is a member of the CIBERDEM Network bringing together research groups working on diabetes and metabolism in Spain. Masana is also a researcher at the Sant Joan University Hospital in Reus.

The percentage of patients who died in the group not treated with statins was 25.4%, whereas it was 19.8% among those who were, which is to say, the treatment group had 22% lower mortality. “The data indicate that treatment with statins prevents one in five deaths,” indicated Masana. Furthermore, if treatment with this medicine continued during hospitalization, mortality fell by up to 25%, thus preventing one in four deaths.

Consequently, Lluís Masana went on to say that “not only do these findings demonstrate that treatment with statins has no negative on the evolution of COVID-19, they also show that it significantly reduces patient mortality.”

One of the indirect effects of the pandemic is that some people have stopped taking preventive measures aimed at combatting chronic diseases or maintaining general health, and this has been the case with statins. “Some health professionals have even advised their withdrawal in the belief that they could worsen the effects of COVID-19,” said Masana. In this regard, in addition the virus to directly causing death in some patients, complications and overall mortality can increase due to the withdrawal of these drugs and regular monitoring of the use of this medicine. “In the case of statins, we have demonstrated that fear of the pandemic should never be used as an excuse to suspend treatment,” concluded the researcher.