As the coronavirus disease 2019 (COVID-19) pandemic continues to spread among millions of people worldwide, scientists search for reliable ways to monitor it and predict new outbreaks. Several reports have dealt with the quantitative detection of the causative pathogen, the severe acute respiratory syndrome coronavirus 2 (SARS-CoV-2), in wastewater.

A new preprint released on the medRxiv* server by researchers at the University of Innsbruck, Austria, takes this further in order to establish the limits of storage procedures while working on viral surveillance in this area.

The detection of the virus in wastewater offers the chance to carry out viral monitoring in a large population, including those with and without symptoms of infection. However, these samples often need to be stored until collection from different wastewater treatment plants (WWTP) is complete. 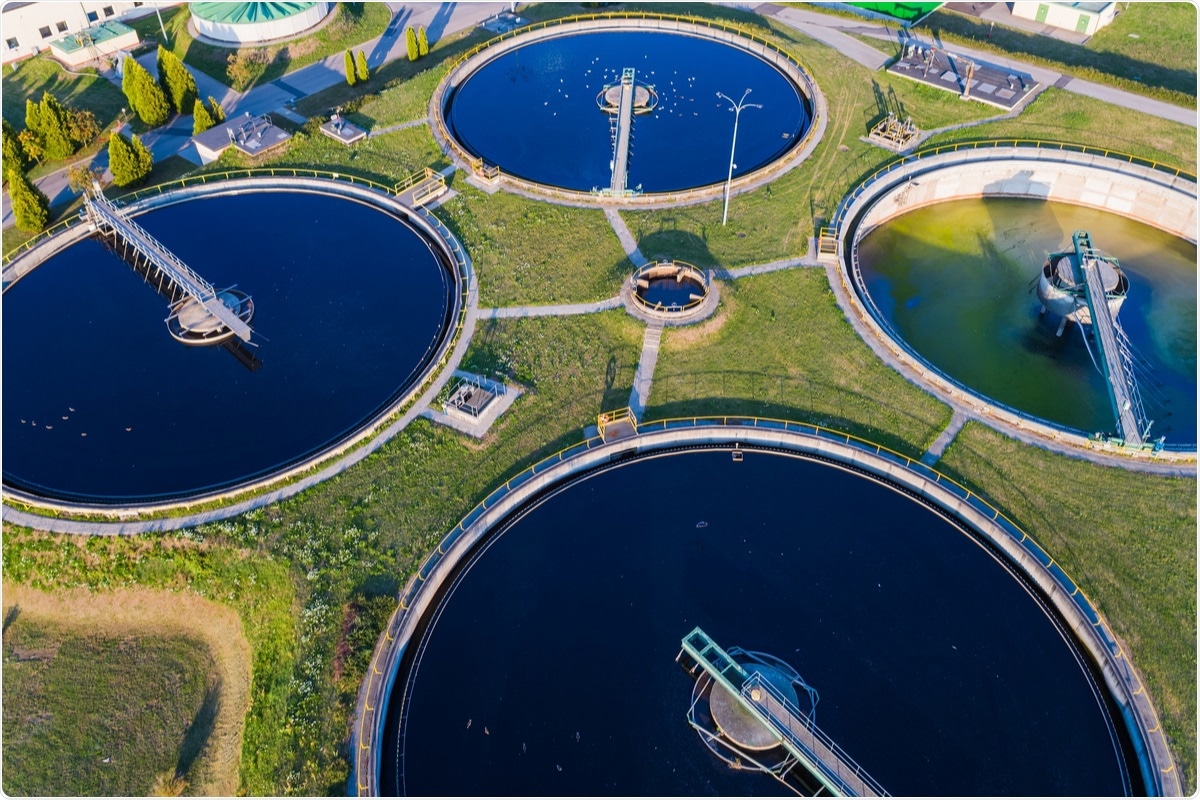 Without sufficient data to indicate the effect of storage on the results of RNA detection in the case of SARS-CoV-2, the comparability of various studies and samples stored by different methods is low.

The current study aimed to explore the most common storage temperature for raw wastewater samples, namely, +4°C and -20°C, in terms of their effects on the subsequent ability to detect the copy number of SARS-CoV-2 genetic material in each setting.

The researchers analyzed 24-hour samples of raw influent wastewater from WWTPs in Tyrol and Salzburg in Austria. They serve population equivalents of 30,000 and 680,000, respectively. The Tyrol sample was collected in April 2020 and the second in October of the same year.

Due to the lack of knowledge about the possible infectiousness of such samples, the first sample was pasteurized at 60 °C for 1.5 hours, but not the second. To detect the virus, the samples were then processed to remove as much non-viral RNA and inhibitors of the polymerase chain reaction (PCR) as possible.

The researchers then measured the viral RNA concentrations of the templates to dilute the RNA content as required. The RNA copy numbers were also determined with a set of primers and probes based on the viral nucleocapsid N1 gene.

The researchers observed that, as expected, the coefficients of variation ranged from 2% to 51%. This could be due to the inherent differences of the influent wastewater, as well as because wrong readings tend to pile up over the successive steps of the protocol. Such variation cannot be said to be dependent on the method used to concentrate the viral fragments.

The study found that when the wastewater was stored at 4 °C for up to nine days, the gene copy number of SARS-CoV-2 did not change significantly, as expected from earlier studies on enveloped viruses. However, an earlier paper had reported that when gamma-irradiated viral particles were used to spike wastewater samples, which were then used in lieu of real-life samples, the rate of decrease of viral copy number was about 8% per day at this temperature. 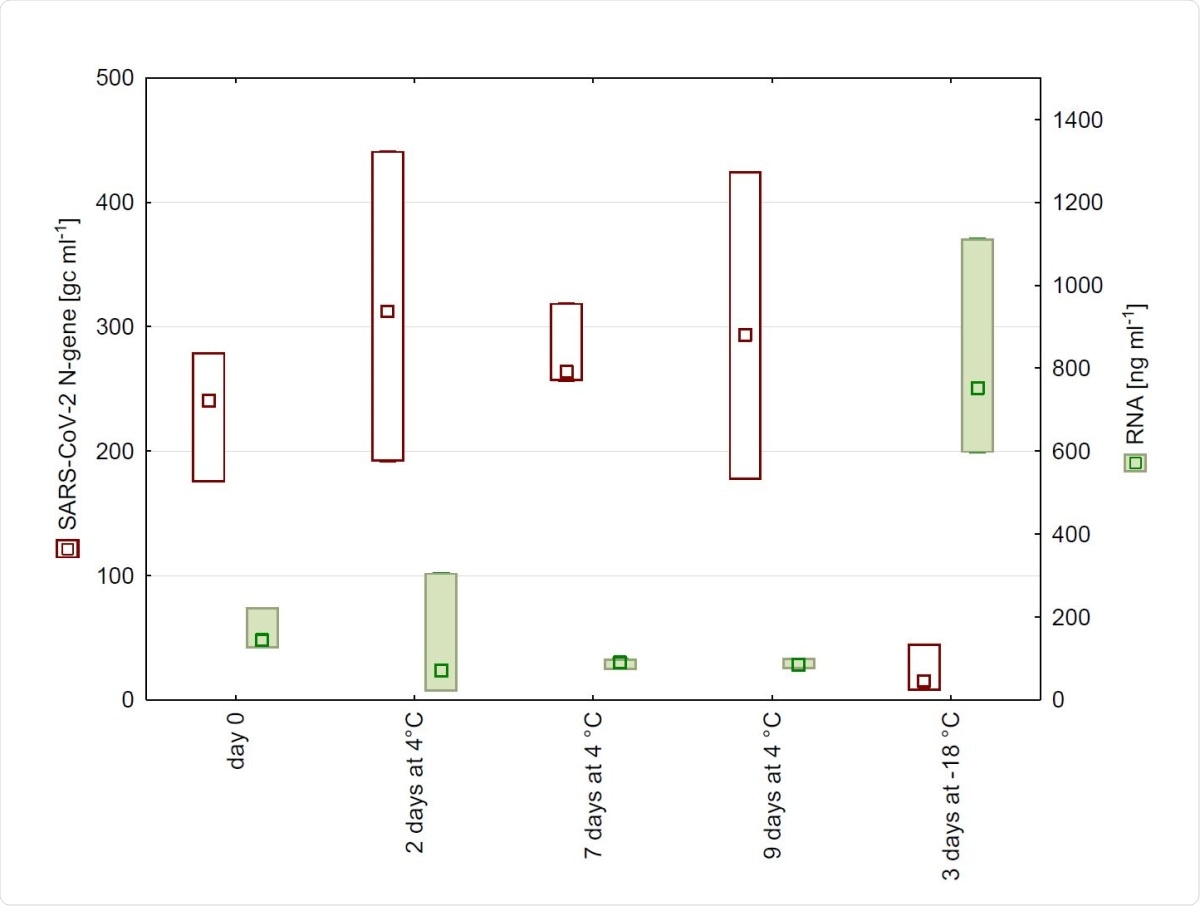 N-gene copy numbers and RNA concentration detected in wastewater from WWTP in Salzburg after 0, 2, 7, and 9 days of storage at 4 °C as well as after freezing. (n = 4, Median, Box: min-max).

The use of freeze-thaw techniques also leads to a marked decrease in the copy number of SARS-CoV-2 RNA. This led to a drastic reduction in the PCR signal for the viral gene from the sample.

This is easily explained by the known damage to the cell cycle caused by this technology. This increases the RNA concentration within samples. At the same time, the lysed or damaged cell causes the release of protease and RNases, which may also reduce the detection of the virus thereafter.

Thus, the researchers say that wastewater samples are best stored at 4 °C for SARS-CoV-2 analysis, in preference to freezing them.