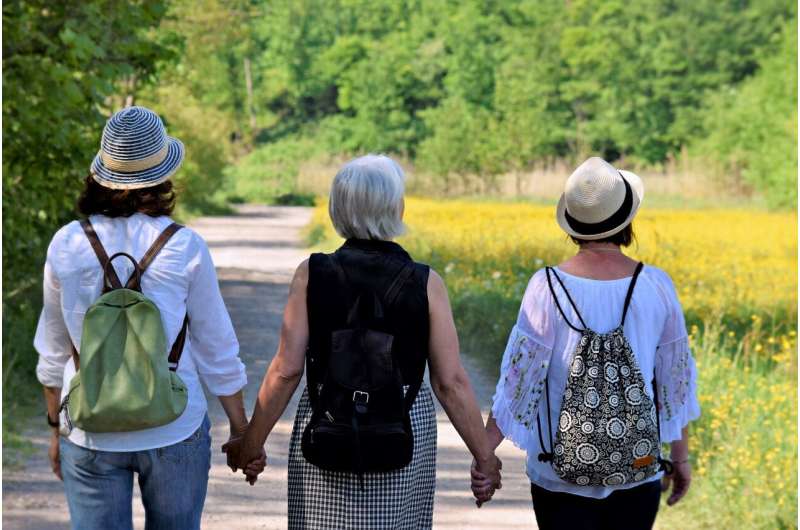 Adversity occurring early in a woman’s life will likely continue taking its toll physically and mentally years after those stressors have been removed. A new study suggests that a history of psychosocial stressors (physical or sexual abuse or financial instability) can lead to worse menopause symptoms and poorer well-being almost 2 decades later. Study results are published online today in Menopause.

Menopause is often accompanied by a number of symptoms that adversely affect a woman’s quality of life, including hot flashes, sleep disturbances, depressive symptoms, and sexual dysfunction. However, not all women’s menopause experiences are the same, with some women having much more severe issues. There are many reasons for the differences. In this newest study involving nearly 700 women, researchers sought to connect a history of psychosocial stressors from childhood through pregnancy with worse menopause symptoms.

Although previous studies had attempted to demonstrate the long-term adverse effects of various forms of abuse, many of them were small or focused more on current abuse. This study specifically focused on the history of stressors as reported at the time of pregnancy and their connection with a woman’s health during midlife 15 to 20 years later.

Based on study results, the researchers concluded that psychosocial stressors were associated with worse menopause symptoms and well-being decades after the initial report. These results highlight the long-lasting influence of adverse experiences on women’s physical and mental health and emphasize the importance of past history of psychosocial stressors when considering the health of women in midlife.

Study results are published in the article “Longitudinal associations of psychosocial stressors with menopausal symptoms and well-being among women in midlife.”