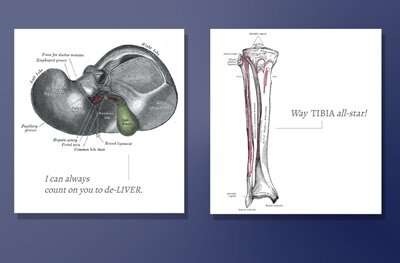 By their nature, hospitals are fast-paced environments that can induce some stress in the people who work there. Often, the roles taken on by people saving others’ lives are somewhat thankless. For this reason, Penn Medicine’s Center for Digital Health created “High Five,” a web-based recognition system that enables staff members to easily use social media-style memes and humor to compliment each other on anything from the routine to the extraordinary.

A new study published in NEJM Catalyst Innovations in Care Delivery led by Kathleen Lee, MD, an assistant professor of Clinical Emergency Medicine and director of Clinical Implementation in the Center, showed that this system was adopted by the vast majority of those within the department of Emergency Medicine at the Hospital of the University of Pennsylvania (HUP)—the first department it was fully integrated into.

“The status quo expectation in many settings in medicine is perfection without recognition, Medical errors can result in harsh consequences, while successes are not often not recognized to the same extent. This imbalance is thought to be a key contributor to clinician burnout,” said Lee, who led the research with David Do, MD, an assistant professor of Clinical Neurology, and Ian Oppenheim, MD, a fellow at the Johns Hopkins School of Medicine, who helped to launch “High Five” while he was a resident at Penn Medicine.

The Center for Digital Health—which studies how things like the internet and other digital technology affect our health—began exploring whether a web-based platform would be feasible in health care in 2016. The designers believed that making it easy for staff to quickly send out a nice message in a way that is now second instinct to many would increase positive interactions and potentially serve as a tool to combat burnout.

“Keeping it funny and light was us trying to build on what folks already do naturally on social media and via texting,” Lee explained. “Humor and levity can organically incentivize folks to connect and support each other. So we thought it made sense to capitalize off of that natural inclination when we were trying to build an opt-in recognition system.”

High Five, named for the congratulatory gesture, is usable across multiple devices and easily accessible through a webpage that clinicians could reach as if they were working on electronic health records. Each person can search for and select a colleague from the health system, then pick from a variety of memes or GIFs containing positive phrases that were congratulatory or humorous. The images draw from pop culture or are health-themed and some are the same as memes used commonly on social media. In addition to the images, each message could also be personalized by an accompanying text written by the user. A reply function was also added shortly after launch.

To assess whether the system was actually embraced, Lee and her fellow researchers went back to the first area High Five was introduced, the HUP emergency department, and tracked its use from then (August 2016) to the near-present (June 2019). They found that 88 percent of the residents, attending physicians and nursing staff used the platform in that time, comprising 227 of 259 possible users. Nearly 2,400 messages were sent within the department, with each user sending out an average of about three High Five messages per year.

High Five initially was only a person-to-person connection, but they added a public recognition factor in the middle of 2017 by mounting a monitor that displayed a rotation of the most recent High Fives. After that, the study showed that the average monthly users increased from about 49 to 81 in the emergency department.

Although the platform was intended—and continues to operate—as a way to increase peer-to-peer recognition, it could also serve as a tool to measure organizational priorities and goals. The researchers studied over 1,000 messages from between August 2016 and December 2017 and found that 62 percent recognized professional competencies like professionalism, procedural skill, and communication with patients and families. This enables potential real-time positive feedback for staff noted as proficient in areas health systems specifically target. High Five has expanded since it was launched in 2016 into several different areas at Penn Medicine such as other emergency departments, Women’s Health, Pharmacy, and an intensive care nursery, among others. Users now hail from all 20 academic departments within Penn Medicine, and 32 percent of hospital employees have exchanged 28,808 communications expressing courteous interpersonal behaviors, ranging from appreciation and recognition to specific feedback.

Moving forward, the team involved with High Five hopes to expand it across the health system completely, especially with the installment of display monitors.