On the fifth anniversary of the first Women’s March London, Stylist explores the archive of Elainea Emmott, the event’s official photographer.

Five years ago today, on 21 January 2017, the first Women’s March took place in London. Around 100,000 protesters poured through the streets of the capital to show their opposition to the election of Donald Trump, who – halfway around the world in Washington DC – had just been inaugurated as US president.

In the half-decade since, Women’s Marches have taken place in London at least once a year. As well as the annual rallies in January, the grassroots organisation Women’s March London organised several equally powerful events – from a silent vigil in March 2017 to honour the victims of the Westminster Bridge terror attack, to the Bring The Noise protest against Trump’s state visit in July 2018.

London-based photographer Elainea Emmott was there to document it all. At the time of the first Women’s March London in January 2017, she was working as a secretary in the City and taking portraits in her spare time. She had never photographed a protest before, but took her camera down to the Women’s March anyway.

“It was just exciting,” she tells Stylist. “You could feel the buzz, it was electric.” When Emmott posted her photos on social media, they swiftly got thousands of likes, and she was subsequently made the official photographer for Women’s March London. 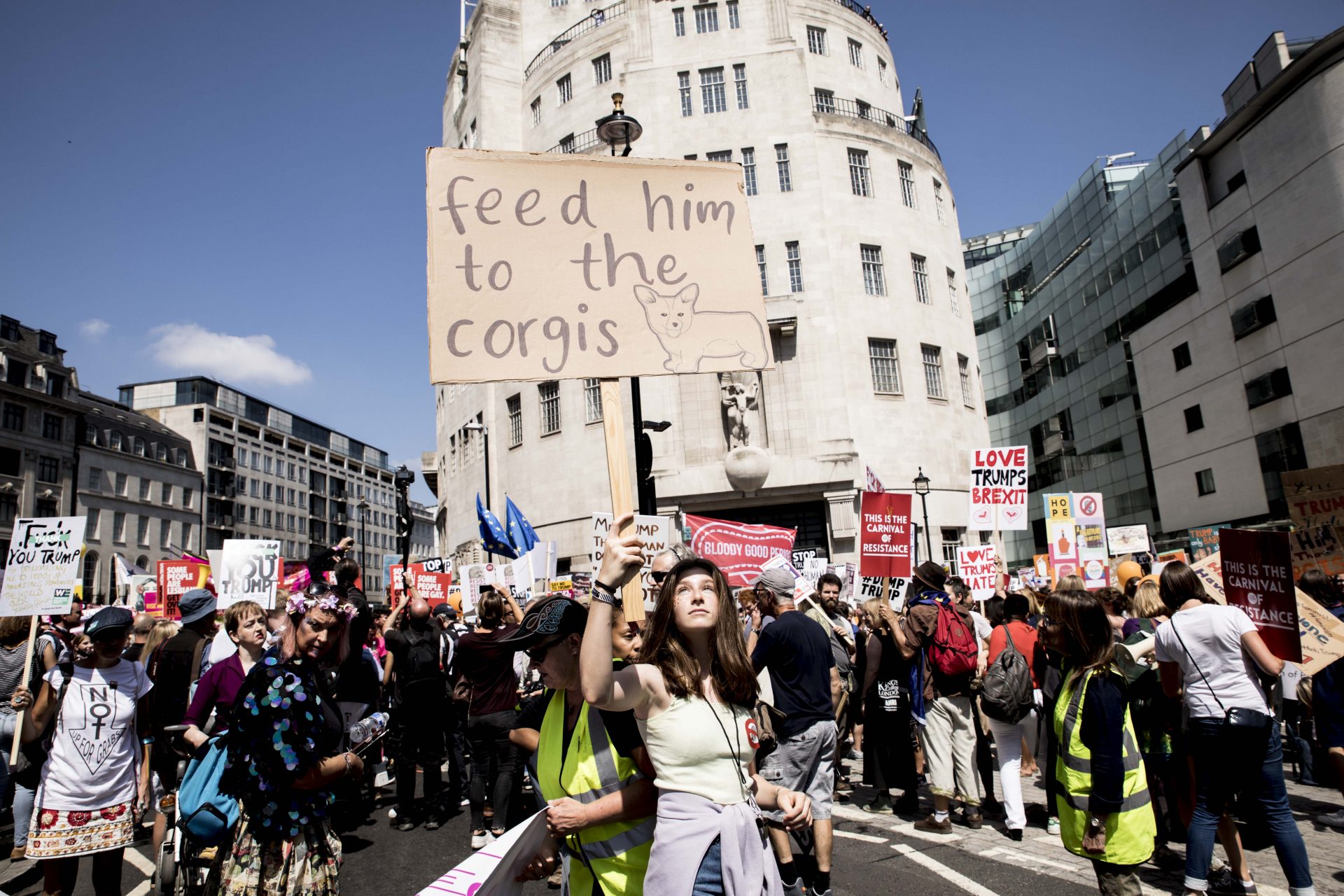 Since then, Emmott has also photographed marches, demonstrations and rallies including UK Black Pride, Million Women Rise and the Black Lives Matter protests in London last summer. Initially, she says she had to “hide my activism while working full time in a patriarchal-dominated financial world in order to pay the bills, my landlord and support my son as a single parent”. Today, she works as a photographer and chef.

This year is the fifth anniversary of the first Women’s March – and 21 January 2021 is also the day after Trump officially left the White House, after serving just one term and being impeached twice. Thanks to the coronavirus pandemic, there will be no Women’s Marches to mark the occasion. Instead, the organisation Women’s March Global is asking its supporters to take part in an international survey designed to identify the biggest challenges facing women, non-binary and trans people around the world in 2021.

To mark five years since the first Women’s March London, Stylist is sharing some of Emmott’s photographs from over the years, accompanied by her memories of the events. At home in London, Emmott will be celebrating Trump’s departure. “The road is long and hard but worthwhile. I was there, I am still here,” she says.

“I took the ‘Cats Against Pussy Grabbing’ image at the first Women’s March London in 2017. It was later used in the book Together We Rise: Behind the Scenes At The Protest Heard Around The World (£20, HarperCollins), which was a real honour.” 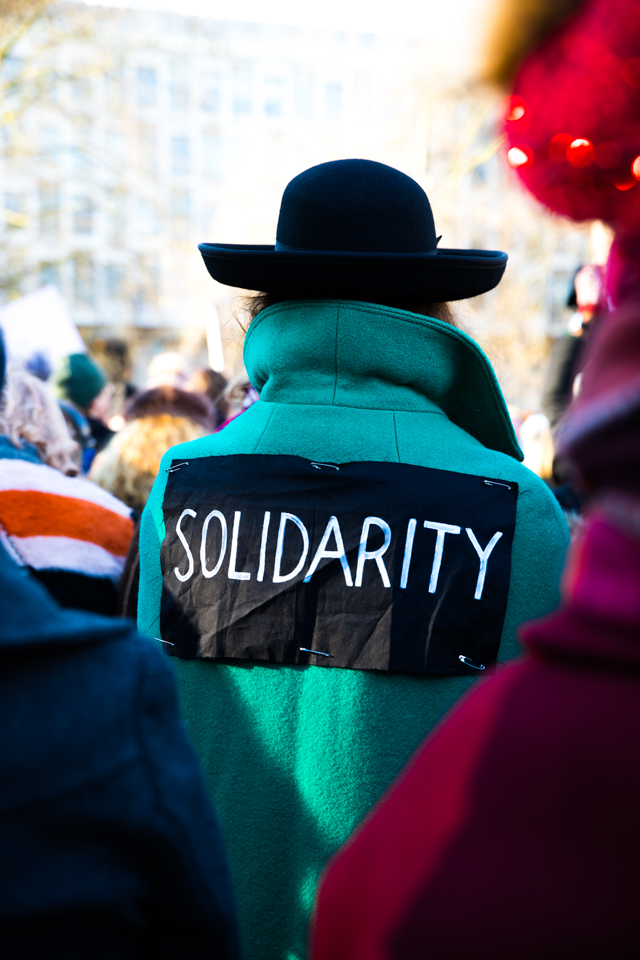 “Reni Eddo Lodge, Paris Lees and Lady Phyll were among the speakers at Women’s March London in January 2018. The theme that year was ‘No More Silence’. I work with Gabby Edlin, founder of the period poverty organisation Bloody Good Period, and she and her colleagues were present at the march using their brilliant voices to campaign and raise awareness.” 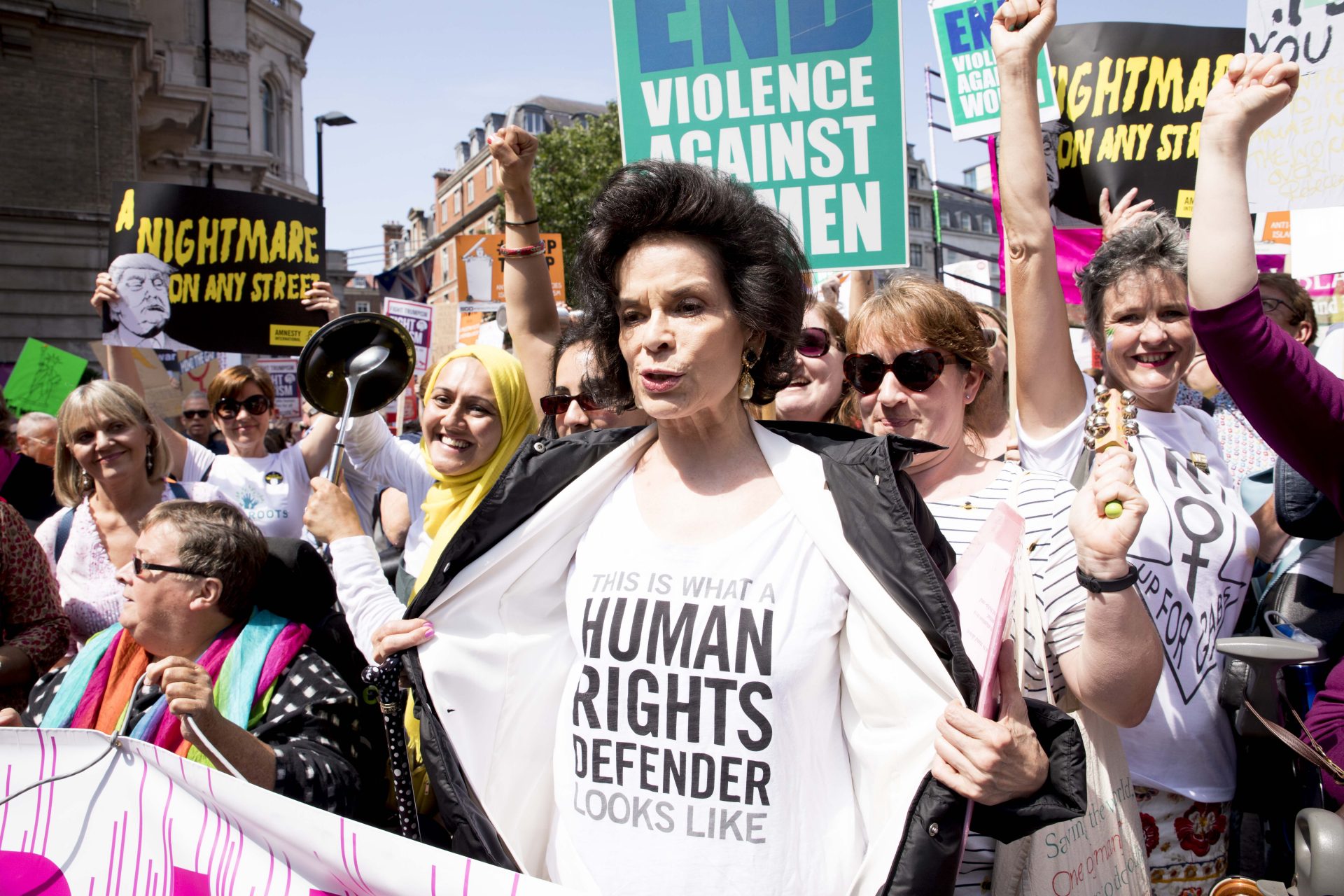 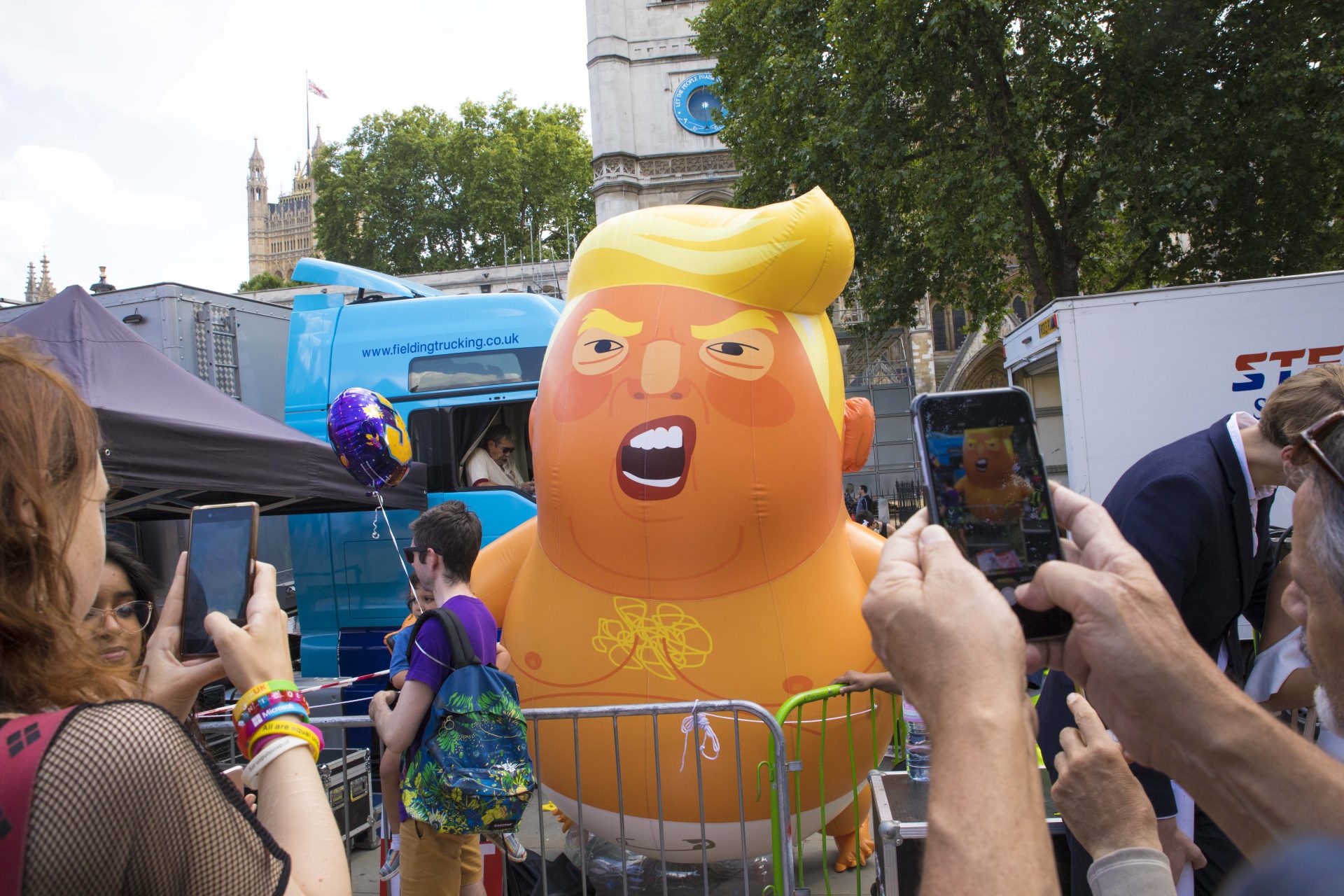 “The Women’s March London Bring The Noise protest took place in July 2018, from the BBC headquarters on Regent Street to Parliament Square. People were encouraged to bring pots and pans and make some noise to demonstrate, with the Trump baby blimp making an appearance. What a day!” 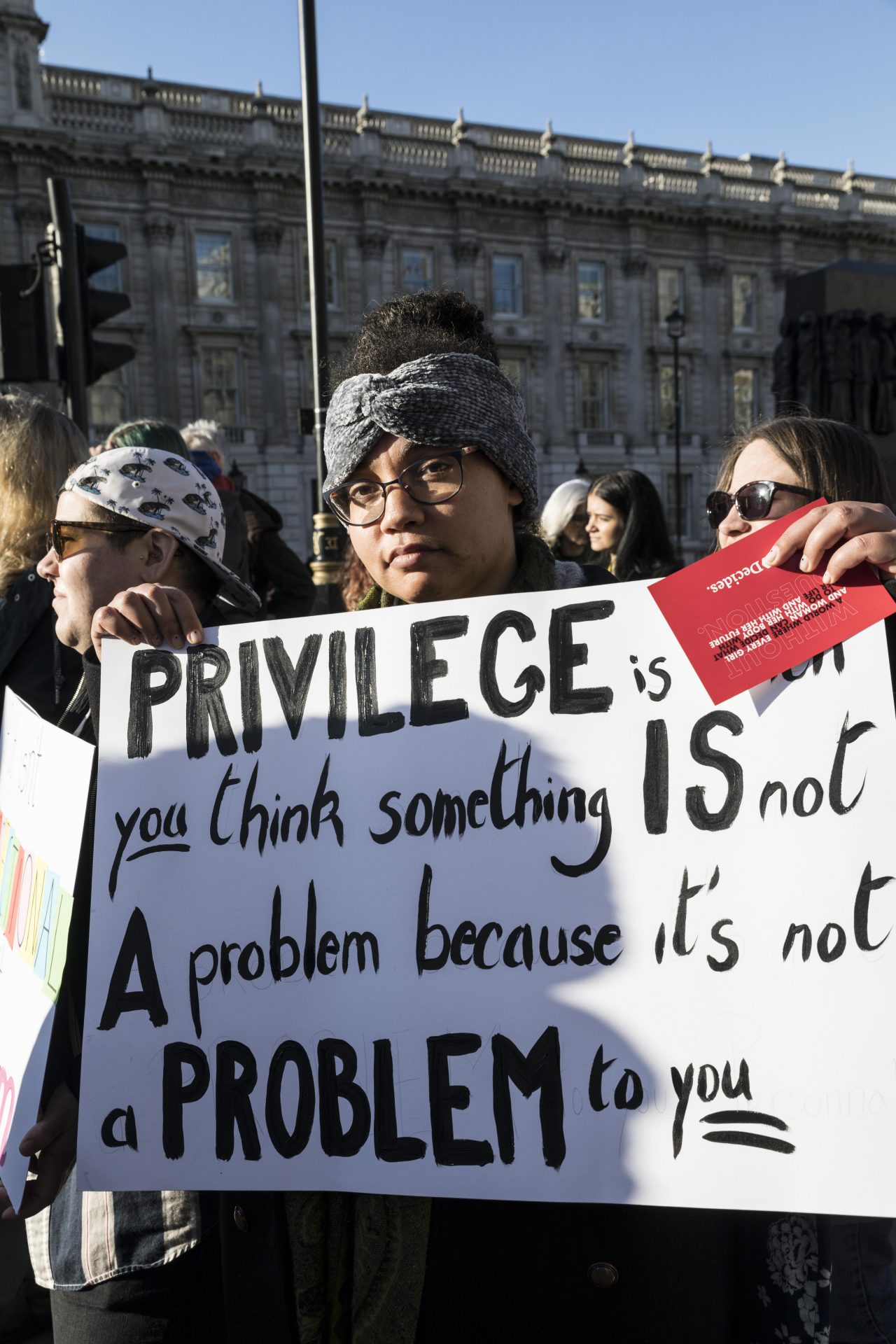 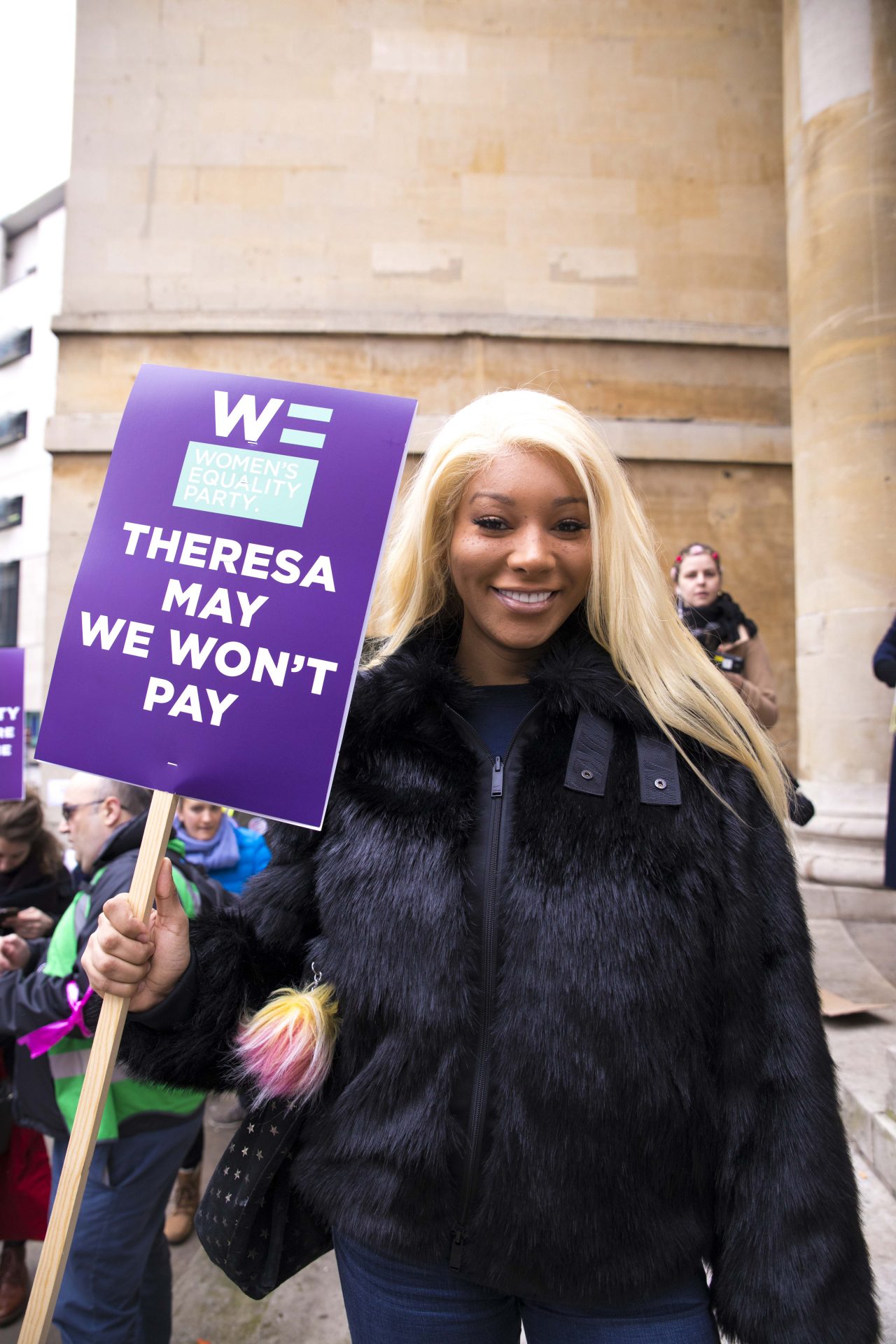 “Munroe Bergdorf, Dr Helen Pankhurst and many others were speakers at the Women’s March London Bread & Roses rally in January 2019. There was lots of joyous dancing in cold Trafalgar Square.” 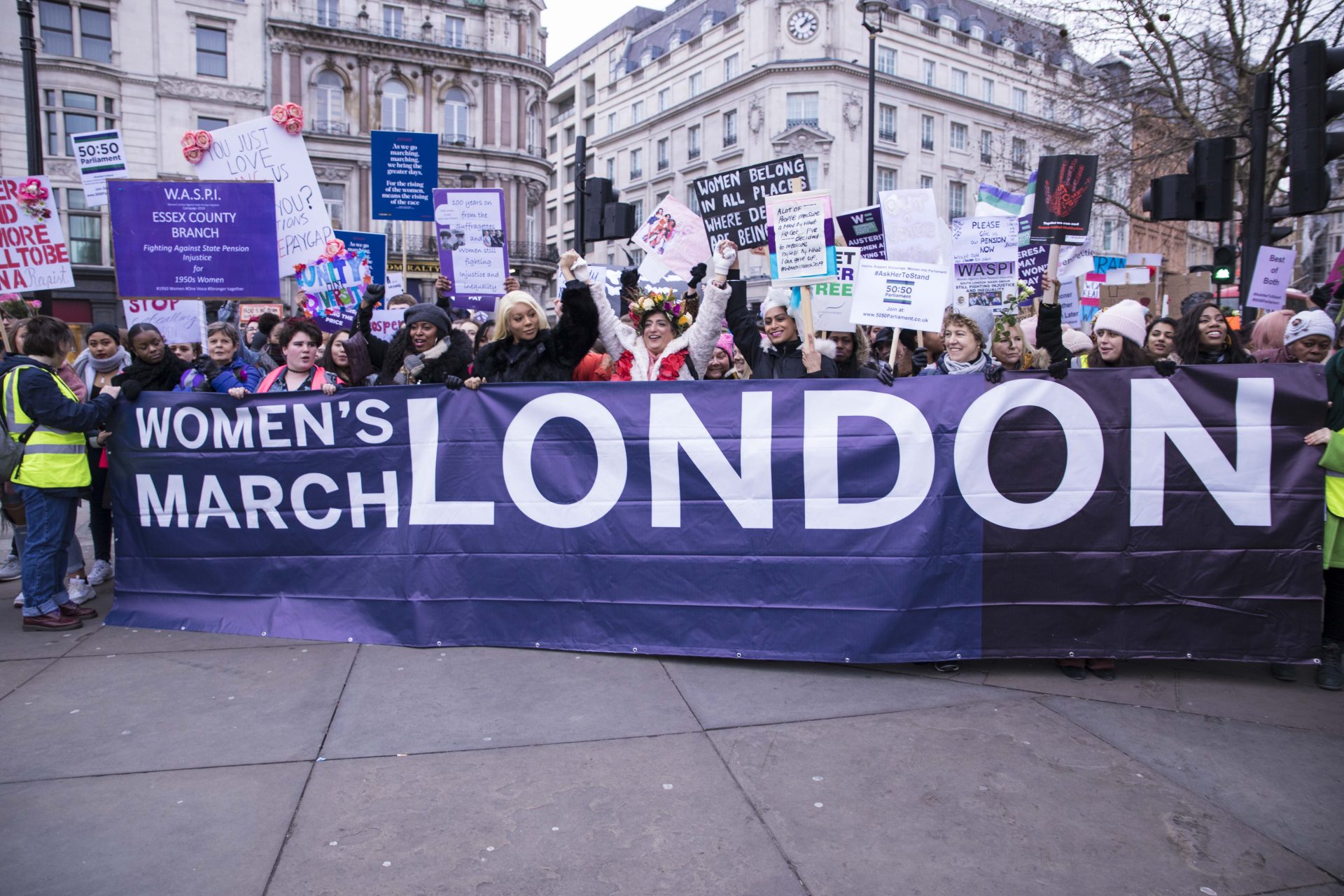 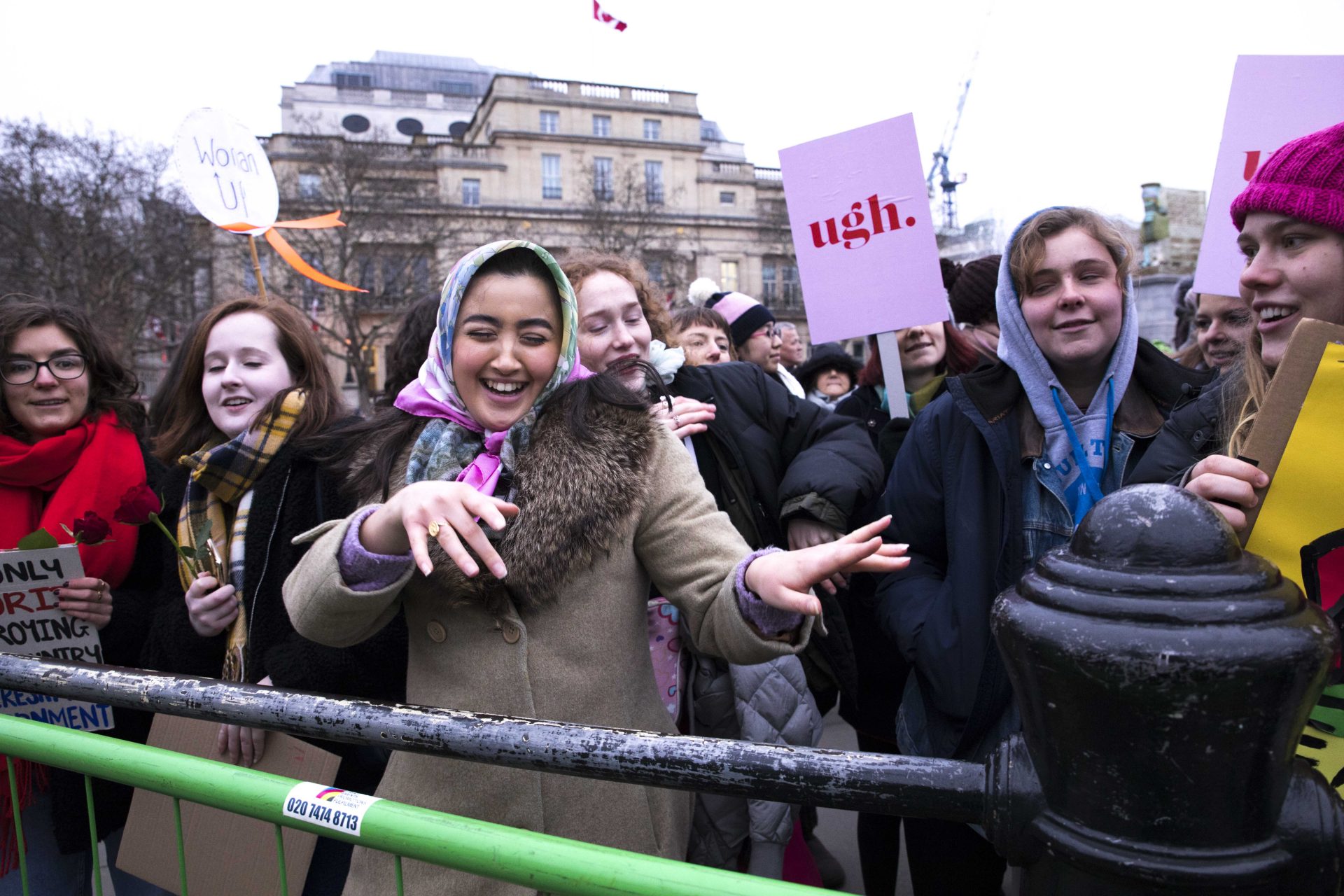 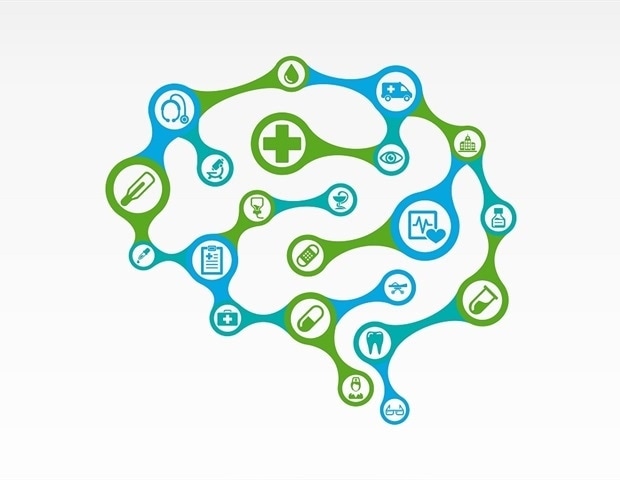 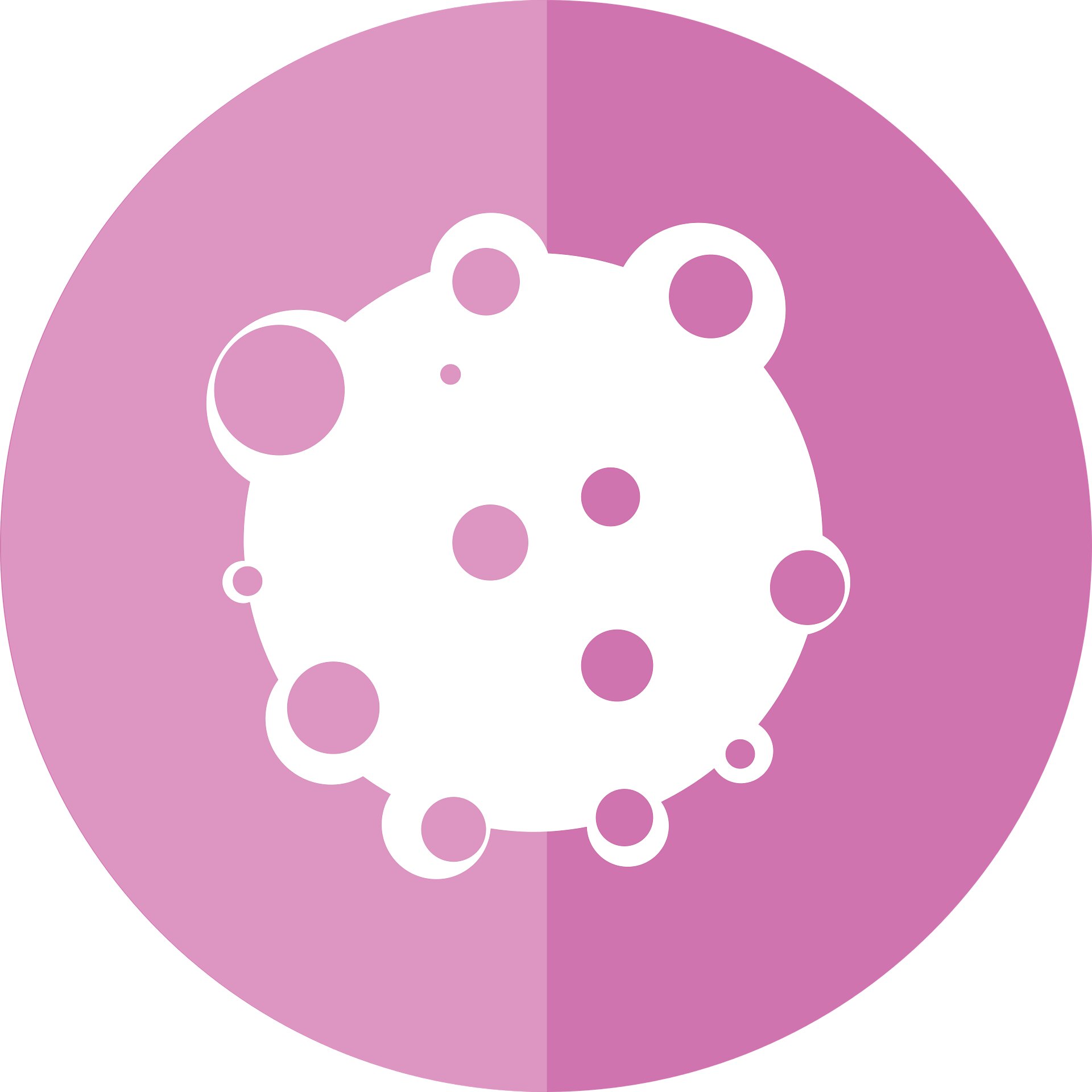 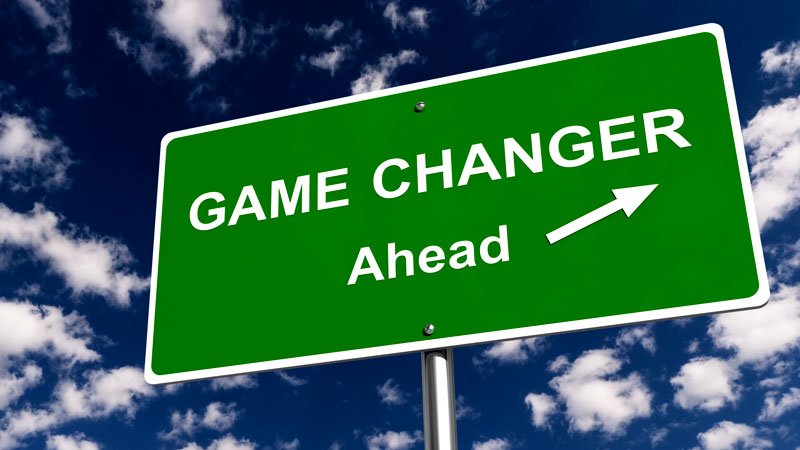