Anxiety, electric shock sensations, low mood, dizziness and insomnia are just some of the withdrawal symptoms patients have described when coming off their pills for depression.

In some cases these are so severe, they restart their medication — either believing wrongly (or having been told by their doctor) that their symptoms are a sign of their depression coming back, or because they can’t tolerate the withdrawal symptoms.

The drugs in question are selective serotonin re-uptake inhibitors (SSRIs), which are commonly prescribed for depression.

They include fluoxetine (brand name Prozac) and citalopram (Cipramil). 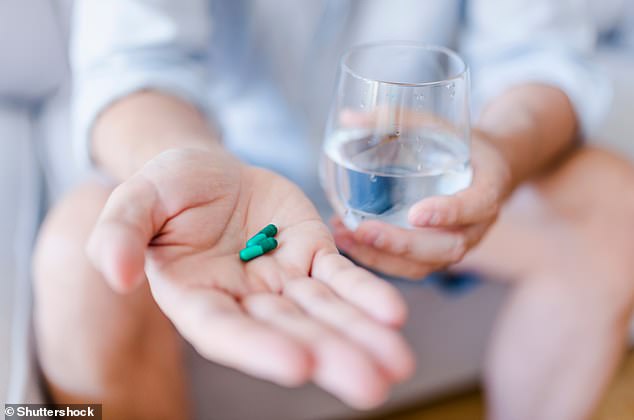 New and improved: While many patients don’t have problems coming off SSRIs, others have suffered severe and longer-lasting withdrawal symptoms. This has led to a campaign, championed by Good Health, for the guidelines to be updated

The official view, set out in the National Institute for Health and Care Excellence (NICE) guidelines, is that for most people, withdrawal symptoms are ‘usually mild and self-limiting over about one week’.

The advice is to reduce the drug dose gradually. While this should normally take four weeks, the guidelines acknowledge that some people may take longer.

In practice, people do this by halving their dose twice before stopping.

While many patients don’t have problems coming off SSRIs, others have suffered severe and longer-lasting withdrawal symptoms. This has led to a campaign, championed by Good Health, for the guidelines to be updated.

NICE is drawing up new guidelines on antidepressant withdrawal, due to be published this year. However, last week that campaign received a major fillip, in the form of a report published in The Lancet Psychiatry.

The authors reviewed brain imaging studies that found even very small doses of antidepressants have a significant effect on the brain.

They also highlighted a recent Dutch study where patients were successfully able to come off their medication using tapering strips — antidepressant medication that’s put into small daily pouches, with the same or slightly lower dose than the one before. 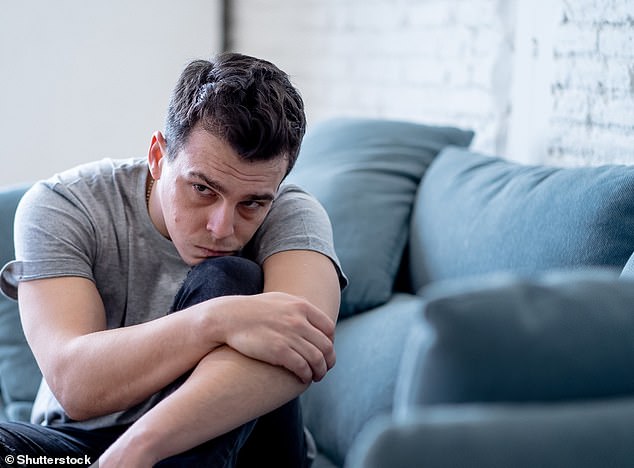 Anxiety, electric shock sensations, low mood, dizziness and insomnia are just some of the withdrawal symptoms patients have described when coming off their pills for depression

Based on their analysis, the authors suggested that slowly reducing antidepressant doses over several months to minute amounts (as little as 1/40th of the original dose) can help avoid distressing withdrawal symptoms.

‘Most doctors mistakenly think that half or a quarter of a dose of antidepressant is small enough to stop,’ says Dr Mark Horowitz, a researcher at University College London, who co-authored the report.

‘We argue that when patients stop their drug from half, or even a quarter, of their original dose, they are still “jumping off” from a relatively high level of action on the brain to nothing.

‘This is why we recommend reducing the dose so slowly.’

His co-author, David Taylor, a professor of psychopharmacology at King’s College London, adds: ‘There seems to have been two opposing views about antidepressant withdrawal. While health professionals tend to believe withdrawal symptoms are uncommon, not severe and die away quite quickly, many patients say the symptoms feel severe, they last a long time and the recommended ways of stopping antidepressants are difficult to get through.

‘It’s perfectly possible for people to take several months or longer to come off them if they want to avoid withdrawal effects.’

Both authors experienced antidepressant withdrawal symptoms themselves — 20 years ago, in Professor Taylor’s case. ‘What happened to me was not as I’d read about in the textbooks,’ he says.

Dr Horowitz has been tapering off the SSRI escitalopram (Lexapro) over the past 12 months after initially being prescribed it 15 years ago. Dr Horowitz, who has a PhD in the effects of antidepressants on the brain, says: ‘It wasn’t until I experienced the withdrawal symptoms that I realised how severe they can be.

‘I had a hard time trying to come off Lexapro last year. I halved the dose but suffered dizziness, insomnia, anxiety and was very irritable.’

While it is normal to feel down from time to time, people with depression may feel persistently unhappy for weeks or months on end.

Depression can affect anyone at any age and is fairly common – approximately one in ten people are likely to experience it at some point in their life.

Depression is a genuine health condition which people cannot just ignore or ‘snap out of it’.

Symptoms and effects vary, but can include constantly feeling upset or hopeless, or losing interest in things you used to enjoy.

It can also cause physical symptoms such as problems sleeping, tiredness, having a low appetite or sex drive, and even feeling physical pain.

In extreme cases it can lead to suicidal thoughts.

Traumatic events can trigger it, and people with a family history may be more at risk.

It is important to see a doctor if you think you or someone you know has depression, as it can be managed with lifestyle changes, therapy or medication.

He adds: ‘There wasn’t much in the clinical literature except the NICE guidelines. When I went online for guidance, I found sensible advice from patient forums — they all recommended a much slower withdrawal programme. I would have been lost without this.

‘I am still tapering off and am down to 1/20th of the normal dose. I hope to be off them completely in the next few months. I’ve used this approach with my patients and it’s worked well.’ The new report is welcomed by Carmine Pariante, a spokesman for the Royal College of Psychiatrists and a professor of biological psychiatry at King’s College London.

He says: ‘This is a significant paper as it puts together for the first time the evidence on the pharmacology of antidepressants.

‘Increasingly, we recognise that for some people, the four-week recommendation is not enough. They need to have a progressive reduction of the dose of their antidepressants to a small dose, and over a much longer period.

‘The college was always clear there was a problem with antidepressant withdrawal, but the evidence was that most patients could come off over four weeks.

‘We now know that the number of people who can’t do this in four weeks is larger than we thought.’

Dr James Davies, a medical anthropologist and spokesman for the Council of Evidence-based Psychiatry, says the new paper is significant: ‘We know half of people who come off antidepressants will experience withdrawal symptoms, and that in half of those cases the symptoms will be severe.

‘Our view is that current NICE guidelines are outdated, misleading, unsupported by evidence and dangerous.’

He says there would be ‘uproar in the patient and clinical community’ if the NICE guidelines don’t change in light of the new evidence.

For now, Professor Pariante says the implications of the paper are that some patients may need to have their drug dispensed in a liquid form during withdrawal, as it is difficult to break up tablets to minute doses.

‘Training for four-week withdrawal and those who need longer to come off with a slower reduction in dosage has to become part of the skills of all mental health professionals, including GPs,’ he says.