It’s the Arnie effect! Pumping iron in your 70s can help you live longer, study suggests

Perhaps Arnold Schwarzenegger is on to something – research suggests that pumping iron in later life can cut the risk of early death by up to half.

However, those who did both lived longest – although you don’t have to be Arnie, who at 75 still works out daily, to benefit.

But while aerobic exercise such as cycling is linked to a lower risk of death, it was unclear whether lifting weights was. 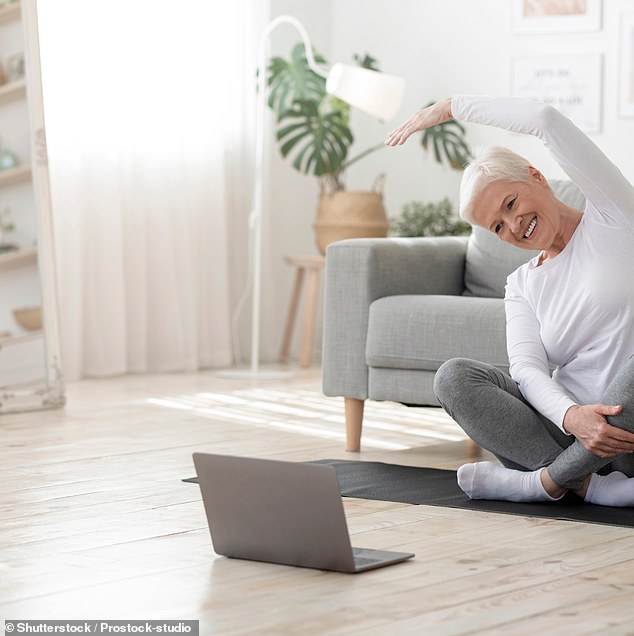 US researchers from the University of Iowa asked 99,713 adults aged 55 to 74 about their exercise, and monitored them for a decade. Lifting weights without aerobic exercise led to a lower risk of death of up to 22 per cent, while the risk of death for aerobic exercise with no weightlifting was up to 34 per cent lower, compared with those who did neither. 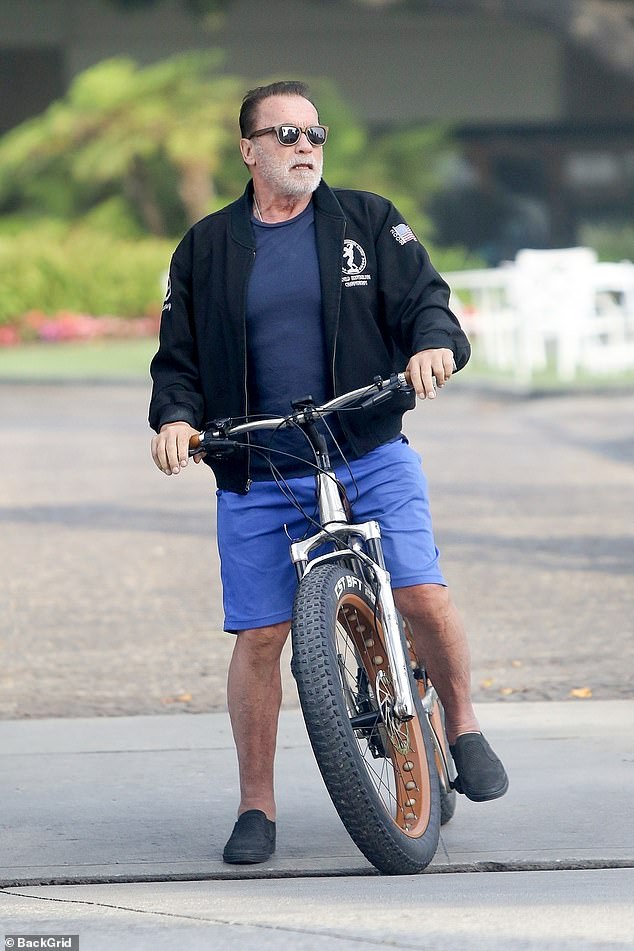 People who did weight training or moderate physical activity were less likely to die than those who did neither – although you don’t have to be Arnie, who at 75 still works out daily, to benefit

But it was up to 47 per cent lower after aerobic exercise and lifting weights up to twice a week. The size of the weights was not recorded. Dr Jessica Gorzelitz, author of the study in the British Journal of Sports Medicine, said: ‘Older adults would probably benefit from weightlifting exercises.’

However, the benefits of both forms of exercise were greater in women.

Dr Gorzelitz added: ‘Our finding that mortality risk appeared to be lowest for those who participated in both types of exercise provides strong support for current recommendations to engage in both aerobic and muscle-strengthening activities.’

Exercising in a gym can be sociable, which is associated with a longer, healthier life, and using weights can make a body leaner, which is also known to reduce the risk of premature death, researchers say.

Nearly a quarter of respondents (23 per cent) reported some weightlifting activity, with 16 per cent saying they exercised with weights regularly between one to six times a week.

Nearly a third (32 per cent) were sufficiently aerobically active, either meeting (24 per cent) or exceeding (8 per cent) the physical activity guidelines.

Experts caution that the study relied on personal recall and data collected from a single point in time and did not include factors such as training intensity.

There are also other types of muscle-strengthening exercises, such as Pilates, push-ups and squats, which may also be of benefit, they add.