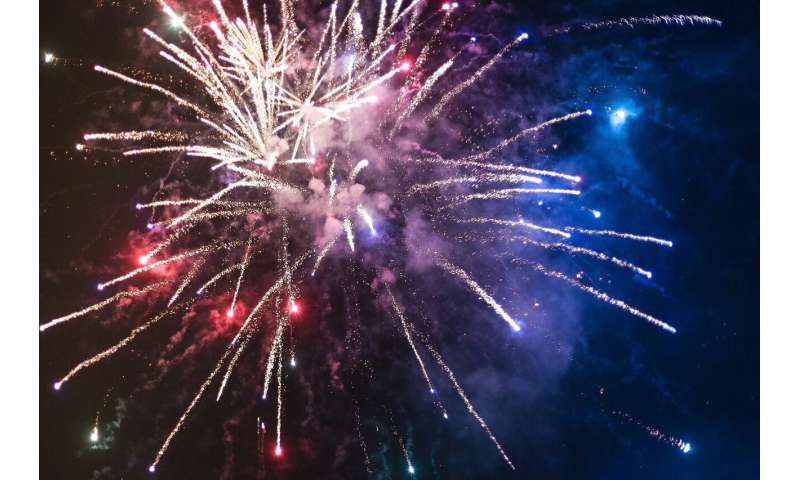 2020 has been a year of complicated emotions for many. The rise of the COVID-19 pandemic, along with a surge in civil unrest, have led to unprecedented levels of anxiety. For veterans, particularly those dealing with post-traumatic stress disorder (PTSD), the past months have been particularly difficult. In response, the staff at The Steven A. Cohen Military Family Clinic are rising to the occasion with an increased emphasis on telemedicine and outreach, yet there are some challenges that require cooperation from the community at large.

In cities across the United States, very loud and very bright showcases have interrupted nightly slumbers. While fireworks may be entertaining for some, or just a nuisance for others, for those living with post-traumatic stress disorder (PTSD), the evening spectacles could trigger serious mental health consequences. In a recent interview, Leah Blain, Ph.D., a clinical psychologist and director for the Steven A. Cohen Military Family Clinic at Penn in the department of Psychiatry, shared how this trend in pyrotechnics has endangered the wellbeing of those living with mental health conditions.

Awareness of post-traumatic stress disorder seems to have increased over the years, but when we talk about PTSD in the clinical sense, what are we referring to?

PTSD or post-traumatic stress disorder is a significant mental health condition that affects about 8 million Americans each year. And so it’s a condition that occurs after a major trauma like exposure to combat or interpersonal violence, childhood abuse, or a life threatening car accident. And there are a number of different symptoms, but the kind of main categories are the classic symptoms, like nightmares and flashbacks. And then you have avoidance, trying not to think about the trauma, as well as feel disconnected, and blaming yourself for things that happened. You know, just not finding joy in the places that you used to. The last cluster of symptoms is what we call hyperarousal, which include an inability to sleep, difficulty concentrating. You don’t get along well with people or you’re feeling irritable. And for veterans and civilians with PTSD there’s that feeling of having your head on a swivel like you’re on guard all the time and feeling really jumpy.

Is PTSD more common in veterans than other populations?

Unfortunately, PTSD is common in both veterans and civilians. One of the reasons that we think about PTSD in veterans is because they’re exposed to traumatic events in a group, so it’s easier to see the effects of the trauma. When a group of soldiers, deploys and returns home, we can compare their functioning to their functioning prior to that experience and see the symptoms emerge. It was easy to initially study PTSD in veterans because we can see a group trauma, whereas in civilians, things are happening much more one to one. So we think about things like a car accident, childhood abuse, or domestic violence. Those traumas may not even be reported. So at first glance, it appears more prevalent in veterans, but we actually know it’s really prevalent for both veterans and civilians. With that said, veterans are uniquely likely to experience trauma, both because of their service, and that studies show veterans are more likely to experience traumatic events in childhood.

Recently we’ve heard about certain events and actions as being “triggers” for PTSD. What is a trigger?

“Trigger” is a shorthand term for anything that cues up, thoughts, feelings, and memories about traumatic events that instigates PTSD symptoms. It can be sights, sounds, or smells, but common ones that most combat survivors experience would be those loud and unexpected noises like fireworks. Other common ones are people walking up behind them, kind of unexpected or unannounced. But some triggers are more unique to the trauma itself. Those more individualized triggers are harder for other people to know about.

What makes fireworks so problematic for individuals living with PTSD?

We know that stress in general drives up symptoms for PTSD and most mental health conditions. So anyone with PTSD is going to be more on edge right now because we’re in a pandemic, people are experiencing financial strain, and there has been increased violence and unrest in the city. To top it off, we now we have these nightly occurrences of these really triggering stimuli in these unexpected sounds. I think anybody with PTSD and perhaps people in general are more likely to be on guard right now.

In terms of fireworks, individuals with PTSD, as well as any combat veteran regardless of their PTSD status, are more likely to be triggered or respond to this kind of stimuli. So we have a loud, unexpected noise, often under the cover of darkness. If we think about what a combat scenario looks like, you’re expecting incoming fire and explosions that you have to be on guard for, that are often happening at night. And fireworks serve as a very significant reminder of these experiences, PTSD or no. So this really does impact people. It really disrupts sleep. It increases stress. I would say it is a pretty significant stressor for people.

What actions can we take to be more considerate of our neighbors who may be living with PTSD or other mental health conditions?

Everyone can be considerate in a few ways. If you’re going to use fireworks, try to make sure it’s at predictable times. Veterans and society in general expects fireworks on 4th of July weekend, but not necessarily on a random Tuesday in August. The other suggestion is to restrict their use to reasonable hours, so trying to wrap them up before 10:00 PM can be a great way to make sure you aren’t impacting too many people’s sleeping habits.

If we are aware or suspect that a veteran we know might need help in dealing with stress or coping with everything going on right now, how can we try to help them?