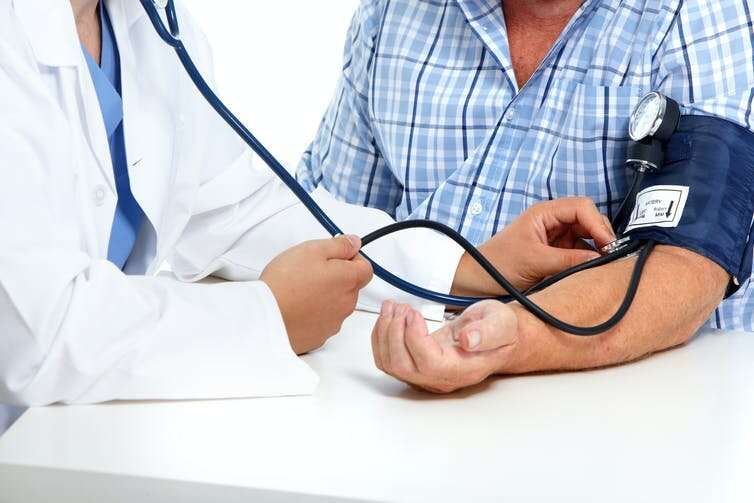 Why most people who get COVID have mild symptoms or none at all while some become severely ill is still a mystery—a mystery that scientists are urgently trying to solve.

Being obese or having existing health problems, such as diabetes or high blood pressure, are known to increase the risk of severe COVID. But this is not the whole story. Some seemingly healthy people can suffer from severe disease, too.

Early in 2020, scientists discovered that people with severe COVID had unusual levels of certain immune cells in their blood. They included cells that are “first responders,” such as natural killer cells, as well as cells that develop after infection and specifically target cells infected with coronavirus, such as T cells. Scientists also discovered that these patients have changes in some cytokines—proteins that orchestrate the immune response.

This immune system “dysregulation” can cause damage to the lungs as well as other organs, such as the heart, liver and brain.

In severe COVID, the checks and balances that usually control the immune system seem to be altered. But the damage to the body’s organs is not caused by the virus itself but by the immune system’s response to the virus. Finding out who is at risk of this runaway immune response, before symptoms kick in, is important.

A new study, which has yet to be published in a scientific journal, sheds some light on the matter. The researchers, from the University of Cambridge, found that very early changes in the immune response to the virus could be used to predict who will develop severe disease and who won’t.

The scientists took 605 blood samples from 207 people with COVID and 45 healthy controls and measured their immune responses over 90 days. At the end of the study, they compared the immune responses of people who experienced severe COVID with people who suffered from mild disease or were asymptomatic.

In the blood of the worst affected people, the scientists observed changes in their immune responses at about the time of symptom onset—well before they were admitted to a hospital. They examined over 30 different immune cell types and found that these changes occurred in perhaps 13 different cell subsets.

The researchers also showed that the people worst affected by the disease had higher levels of inflammation at the point that their symptoms developed. Many of these changes persisted in the most severely ill patients 60 days after their symptoms started.

These people produced the immune components in the first week of infection and in larger numbers than people who experienced more severe COVID. After the infection was cleared, the number of immune cells that responded to the virus rapidly returned to normal. There was no evidence in these people of systemic inflammation that can lead to organ damage.

People who develop severe disease have a slower immune response to the virus. By the time they develop symptoms, their immune response is measurably different from those with mild disease. Crucially, these changes could be used to predict disease outcome.