Research shows that on average Brits believe they consume roughly around 3.2g of salt per day, compared to government findings which in fact show we are consuming on average around 8g per day, which means almost a third of Brits are completely oblivious to not only how much salt they are consuming and also the dangers of eating a diet high in salt. TV doctor Sarah Jarvis has shone a light on what happens within the body when one has a diet of too much salt.

Working with LoSalt, the UK’s leading reduced sodium salt, Dr Sarah has answered some of the most pressing questions, from how much salt we should be having a day, how it’s linked to high blood pressure, how people can begin to cut down on their salt intake and why people need to be more aware of how much salt they are in fact consuming.

Dr Sarah’s top tips and advice is to try and avoid seasoning and adding salt to food at home and instead opting for different herbs and spices, cutting down on processed food and keeping it to a minimum and not being duped into thinking posh gourmet sea and rock salts are better for our health. 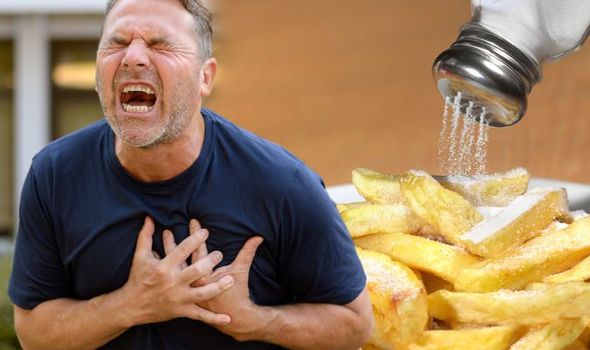 It turns out sugar isn’t the only white stuff we need to be aware of. It’s essential for many not to forget the issue of excess salts in one’s diet also.

Dr Sarah said: “The recent research showing how much more salt people are actually eating daily worries me greatly because in the UK we are still eating far too much salt.

“Excess salt raises our blood pressure and high blood pressure is a major risk factor for stroke and heart disease, which are still two of the biggest killers in this country.

“Salt is one of those things which can be easy to bury our head in the sand about.

“It can seem easier to skip dessert and watch our sugar intake than it can be to look at the savoury food we eat.

“However, with a few small changes and swaps here and there, you can make a big difference to your health by bringing your salt intake down.”

When asked why one should be more aware of how much salt is in their diet, Dr Sarah said: “Public Health England advises that excess dietary salt is one of the most important modifiable risk factors for high blood pressure.

“High blood pressure affects one in four adults and is a major risk factor for stroke and heart disease.

“It’s known as the silent killer because it often has no symptoms, so you may not even know you have it.

“In the UK, it’s recommended that we should be eating a maximum of 6g of salt a day, that’s about a teaspoonful.

“However, on average we are eating 8g a day which is far too much.

“If we were all able to bring our salt intake down to 6g a day it is estimated that it could prevent over 8,0000 premature deaths each year and save the NHS £570 million annually.” 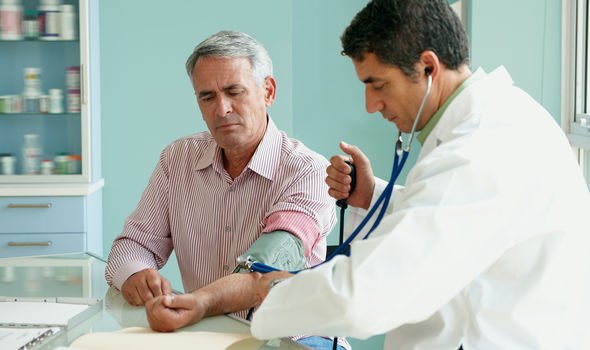 How is salt linked to high blood pressure?

All salt, whether its table salt, rock salt, sea salt or pink Himalayan rock salt, is 100 percent sodium chloride and it’s sodium which is linked to high blood pressure.

Dr Jarvis explained: “When we eat salt, or food containing salt, it’s the sodium which makes your body retain water and that is a big factor in increasing your blood pressure.

“You may think a teaspoon of salt sounds like a lot and that you don’t use that much salt in your cooking or seasoning.

“However, 75 percent of the salt in our diets is already contained in foods. It is most likely to be found in processed foods such as bread, cereals, bacon, ham, sausages, pickles, sauces and condiments and ready prepared meals.

“It’s important to be mindful of the salt you add to food which is the easiest to modify and keep an eye on but to also think about the type of food you are eating which can contain hidden salt.” 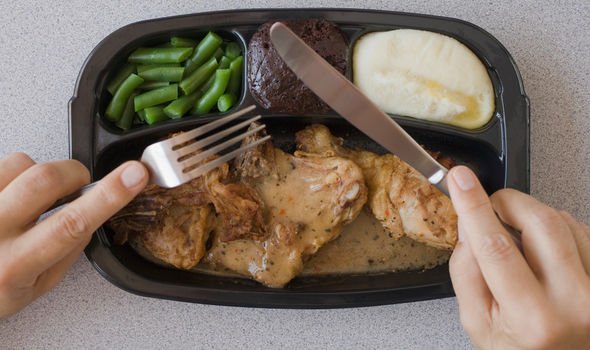 Dr Sarah’s top tips for helping you reduce your salt intake include:

She also warned: “Remember, high blood pressure is very common and it often has no symptoms.

“It usually affects people as they get older and will be checked as part of the NHS health check which a person is invited to every five years between the ages of 40-74.