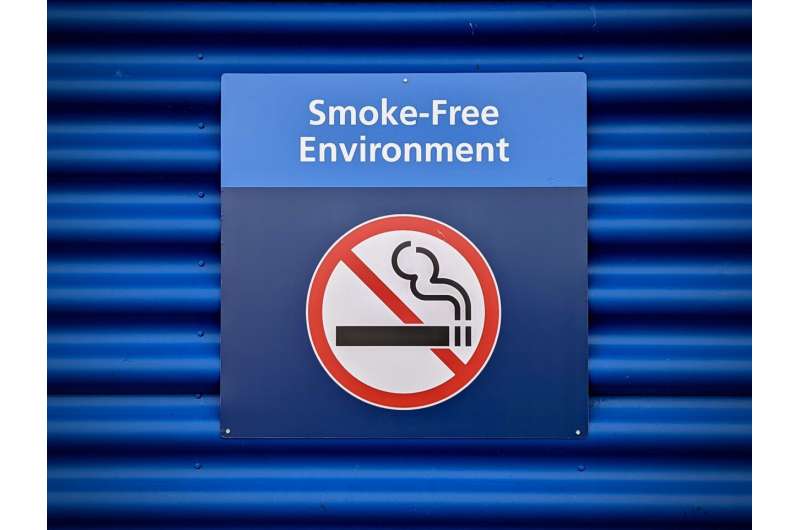 The majority of the socioeconomic disparity (or deprivation gap) in cancer incidence could have been prevented in England between 2013 and 2017 if nobody had smoked, according to a new study published September 21 in the open-access journal PLOS ONE by Nick Payne of Cancer Research UK and colleagues.

Smoking is the main cause of preventable cancer and death in the UK, accounting for around 15% of all cancer cases in England in 2015. Cancer incidence also varies by socioeconomic position across the UK, with the overall cancer incidence rate 17% higher in the lowest-income quintile of the population compared with the highest in England.

In the new study, the researchers focused on the 15 cancer types with strong evidence for an association with smoking—which contribute over 8 in 10 deprivation-associated cancer cases in England. Smoking-attributable cancer cases in 2013-17 were calculated by combining cancer incidence with smoking prevalence (in 2003-07, allowing for the lag between smoking and cancer diagnosis) and relative risk of being diagnosed with cancer among smokers vs non-smokers. These smoking-attributable cases were then shown as a proportion of the deprivation-associated cancer cases total.

The authors conclude that tobacco control policies that tackle smoking inequalities could prove cost-effective given their impact in reducing smoking-related ill health, including cancer rates.