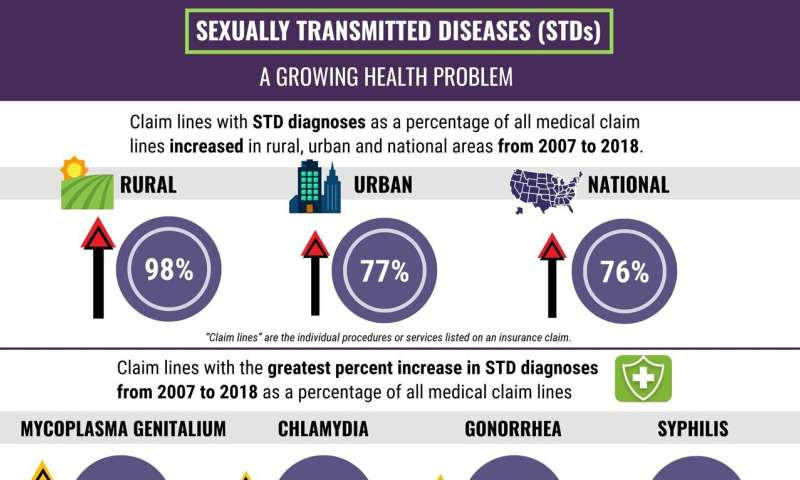 Private insurance claim lines for sexually transmitted diseases (STDs) rose 76 percent nationally from 2007 to 2018, according to a new study of STDs from FAIR Health, a national, independent nonprofit organization dedicated to bringing transparency to healthcare costs and health insurance information. The study results, which are being released today in the form of an infographic, are based on analysis of data from FAIR Health’s comprehensive repository of over 30 billion private healthcare claim records—the largest in the country.

According to the Centers for Disease Control and Prevention (CDC), combined cases of syphilis, gonorrhea and chlamydia, the three most commonly reported STDs, reached an all-time high in the United States in 2018. FAIR Health’s findings shed new light on this growing public health issue.

Among the results of the FAIR Health study: