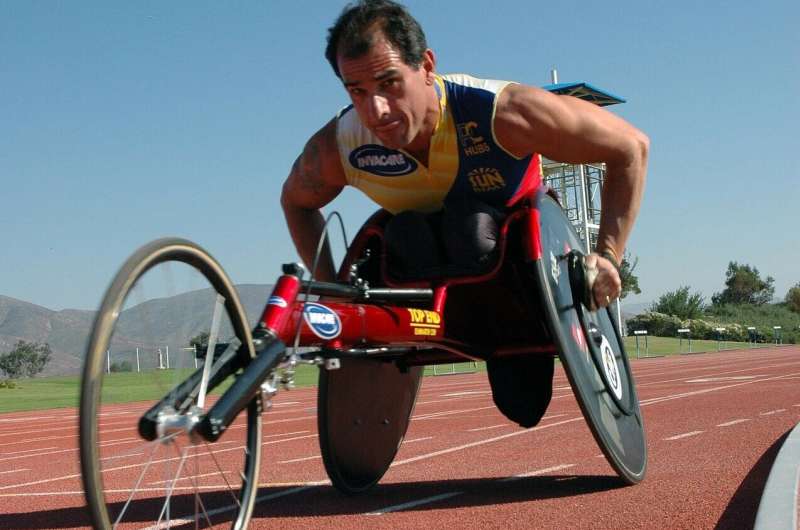 The gym closures, social distancing mandates and other COVID-19 mitigation policies in the U.S. negatively affected the mental health and well-being of some people with disabilities by significantly curtailing their ability to remain active, researchers have found.

In a survey of more than 950 people with diverse types of disabilities, researchers at the University of Illinois Urbana-Champaign identified four groups of people—heavily impacted, resilient, adapted and radically changed—who were differently affected by the pandemic.

They observed that people in the heavily impacted group, who experienced the greatest disruptions during the pandemic—about 39% of those surveyed, many of them veterans and women—reported significantly worse mental health.

These people experienced the greatest negative effects on their mental and physical well-being compared with peers who were able to continue with their pre-pandemic activities or who adapted by trying new ones, according to Jules Woolf, a professor of recreation, sport and tourism at the university and the first author of the study.

“People in the heavily impacted group indicated that they were either not engaging in physical activity at all or their participation was greatly diminished by pandemic safety restrictions,” Woolf said. “These participants scored significantly lower on well-being indicators such as life satisfaction, self-efficacy, quality of life and general health than their peers in the other three groups we identified. They also experienced greater loneliness and depression.”

Self-efficacy is the belief in one’s ability to meet challenges and accomplish goals.

By contrast, people in the resilient group reported the highest quality of life and general health. These individuals, about 21% of those surveyed, experienced minor impact on the types of activities they engaged in and the amount of time they spent performing them.

Woolf and co-authors Mikihiro Sato and Jon Welty Peachey, both professors in the same department; and then-doctoral student Wonju Lee developed and conducted the research with the nonprofit Move United, which promotes sport and recreation among people with disabilities.

The study participants engaged in a wide variety of physical activities, including outdoor aerobic sports such as walking, running and wheelchair pushing; cycling; weightlifting; water sports such as swimming and kayaking; target sports; boxing; and golf.

Six different scales were used to assess participants’ mental health and well-being, quality of life, satisfaction with their physical health, frequency of feeling lonely or depressed, self-esteem and overall life satisfaction, according to the study.

Slightly more than half of those surveyed had mobility impairments or limb loss or deficiency, 16% had neuromuscular impairments and 11% had brain injuries. About a third of the study participants were veterans and 59% were male.

Participants with neuromuscular disabilities, blindness or low vision, and/or cognitive or intellectual disabilities were more likely to be in the heavily impacted group.

“People with particular types of disabilities, rare or multiple impairments may require greater assistance or additional accommodations that necessitate close contact and are incompatible with social-distancing policies,” Woolf said.

People in the adapted group, who made up 27% of the study population, adjusted to pandemic restrictions by changing the types of activities they engaged in to varying extents. They also participated virtually, in person or alone.

People in the radically changed group—who composed more than 12% of the total sample—discovered new modes of physical activity during the pandemic, particularly ones they could perform alone such as running, walking and online activities. However, the amount of time they engaged in these activities was variable.

The mental health and well-being scores of people in the radically changed and adapted groups were comparable across all the outcomes, the researchers found.

Published in the journal Leisure Studies, the study is believed to be the first to examine the impact of online recreational activities on people with disabilities during disasters such as the COVID-19 pandemic.

About 10% of the participants transitioned to online platforms. While virtual options helped some stay active and alleviated feelings of isolation, those in the study primarily used these technologies to supplement rather than replace their traditional activities.

But even among the people who were able to negotiate the constraints imposed by pandemic safety policies, the adaptations they made often had sub-optimal outcomes, Woolf said.

Events such as natural disasters and epidemics tend to have a greater impact on people with disabilities, diminishing their ability to remain active; therefore, it’s crucial to understand how public policies associated with these events affect this population and to develop promotions that target them, the researchers wrote.