Research at the Australian National University has pinpointed a link between our personality types, parenting styles and eating disorders.

The main researcher also says that children who are ignored by their parents are more likely to end up with serious psychiatric problems of over-eating. 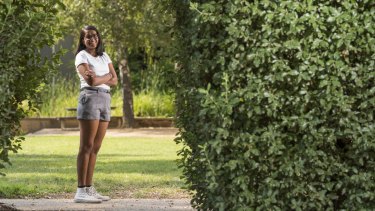 According to ANU PhD candidate Danushika Sivanathan, eating problems partly depend on whether we have narcissistic tendencies  and, if so, what type of narcissist we are.  All of us have egos – we think of ourselves – but narcissists do so to an extreme extent.

"Vulnerable narcissists" are much more likely to binge eat to such an extent that it becomes a mental and physical health problem. They would eat to comfort themselves when they feel un-appreciated, knowing they can then purge themselves of the excess food.

"Grandiose narcissists", on the other hand, are not particularly prone to over-eating disorders like bulimia nervosa.

The researcher described this type of narcissist as lacking empathy and as "manipulative, domineering, vindictive". They are "flamboyant, with an inflated sense of their own importance. They tend not to learn from their mistakes".

"Vulnerable narcissists" also have an inflated sense of their own importance, but manage to hide it better. They can be harder work for those around them because they are needy. They frequently seek reassurance.

It's people in this second group which the ANU research has identified as most likely to have eating disorders.

The team at the university only studied women aged from 18 to 30 because of a higher prevalence of eating disorders in this group. Nearly 400 completed the survey which was designed to elicit their personality type and whether they suffered from an eating problem.

The questions were couched subtly. Nobody was asked straight out, "Are you a narcissist?" After all, people don't like to think of themselves in that way.

Instead, questions to measure narcissism were asked – like their reaction to these statements:

Once the narcissists had been identified, they were categorised as either the "grandiose" ones who had little  self-doubt or the "vulnerable" ones who needed constant reassurance.

"My research found that if you are a vulnerable narcissist, you are more likely to get an eating disorder," Ms Sivanathan said.

"Parental invalidation, which has also been shown to be linked to eating disorders, can set you up temperamentally as a vulnerable narcissist," she said.

"It is not abuse or neglect. It is the kind of parenting when a child’s inner feelings and thoughts are consistently minimised.

"For example, when a child tells a parent; 'I am really sad' and the response is, 'just get over it'."

Her study has been published in the journal Eating and Weight Disorders.

"This research highlights vulnerable narcissism as another risk factor that psychologists can consider and hopefully help inform treatment options," she said.

She said results were useful, because identifying what is going on in someone makes it easier to taylor the treatment to their personality.

If one method won't work, another might be tried. One solution might be, for example, to work with the patient to help better manage their relations with others or to find ways of bolstering self-esteem.